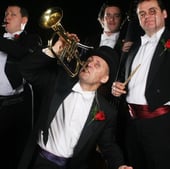 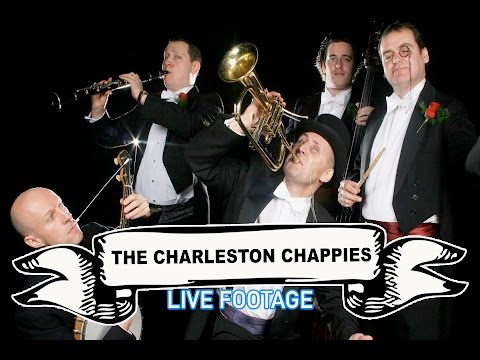 Charleston Chappies! Playing popular hits from roaring 20s. Kidnapped by aliens from the Savoy ballroom in 1929, the Charleston Chappies reappeared on the streets of Manchester in 2007 having aged not one jot… and still playing their infectious and quirky 1920s hits. Love them or laugh at them, you'll have to dance to them! Their affectionate 1920s pastiche delights and delects its way through an era of prohibition, speakeasies and mob violence, when the jitterbug was scandalous, flappers bobbed their hair and raised their skirts and a damn good time was to be had by the reckless and young at heart. Strike up the band! Everything is hotsy totsy now!

The Charleston Chappies performance is a delightful pastiche of 20s and 30s music, in character and in costume. Oscar and the boys play upbeat, high-energy songs and the odd heartfelt ballad, with a decidedly humorous spin and a driving mixture of American and British influences, reflecting the unique spirit of the 20s. The Charleston Chappies inspiration is the music of phonographs, Broadway shows and vaudeville by Jerome Kern, Oscar Hammerstein 2nd, Gershwin, Richard Rodgers and Lorenz Hart, performed and made famous by Al Jolson, Al Bowly, Bing Crosby, Ambrose, Paul Whiteman and the many hotel ballroom orchestras of the times.

Please note, the band utilises a top of the range Bose L1 model 2 PA System. This is the new generation of live sound equipment and provides clarity without uncomfortable volume! Fabulous sound quality for up to 400 people, space saving, elegant and quick to set up.

By The Charleston Chappies 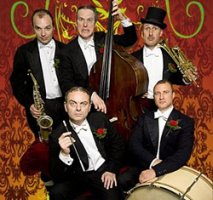 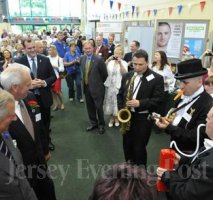 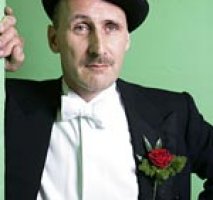 Amazing, talented bunch of chaps. They made my party a success and everybody loved them. I'm only cross because I got pulled away to meet people and missed a lot of their second performance! Thank you Charleston Chappies - you really did make my night.

We have had such rave reviews from everybody that attended our Civil Partnership. The guys preformed on the lawn against the backdrop of the Sandstone Hall, the sun was shining while Martini cocktails were served it was just perfect. Whilst we had dinner the band then changed into their second outfit and performed in a way that provided entertainment visually but also for people to dance too, just perfect. Many thanks.

Hi Jennie, a great gold star evening exactly what we were expecting and what we wanted. Simon and his team were excellent capturing the mood and ambiance of the party exactly. The feedback we have had on Facebook from the 100 or so guests has been terrific, I cannot compliment them highly enough. Richard Evans

The Charleston Chappies were simply brilliant. They were very versatile and although they played all the 1920's classics they also played a great mix of music during the evening, keeping everyone on the dance floor until midnight. Before the event they sent me a recording of our wedding dance to practice with and communications all the way through were excellent. I would certainly recommend them.

We could not have been more pleased with the Charleston Chappies. Our occasion was a 'tea dance' with music from the 20s-40s. The boys fit the bill in every way, clothing, manner, music and professional conduct. Impromptu requests were taken on board, all opportunities to interact with the audience were taken, including dancing. Very impressive and I couldn't have asked for better on our day. Excellent value for money and highly recommended.

Ready to book
The Charleston Chappies? 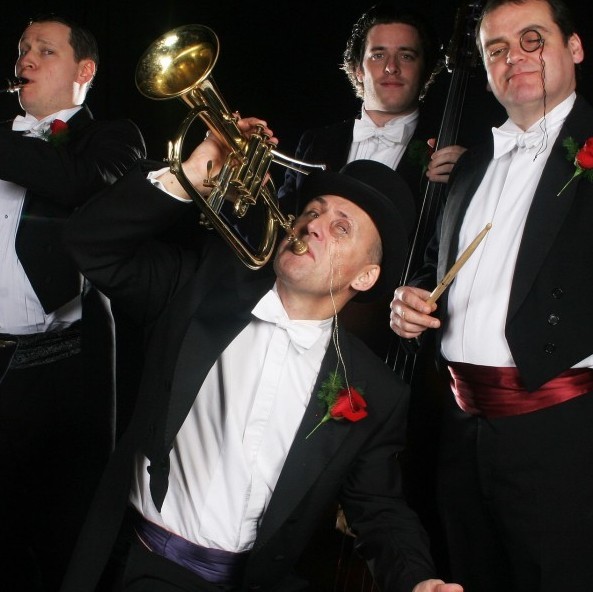 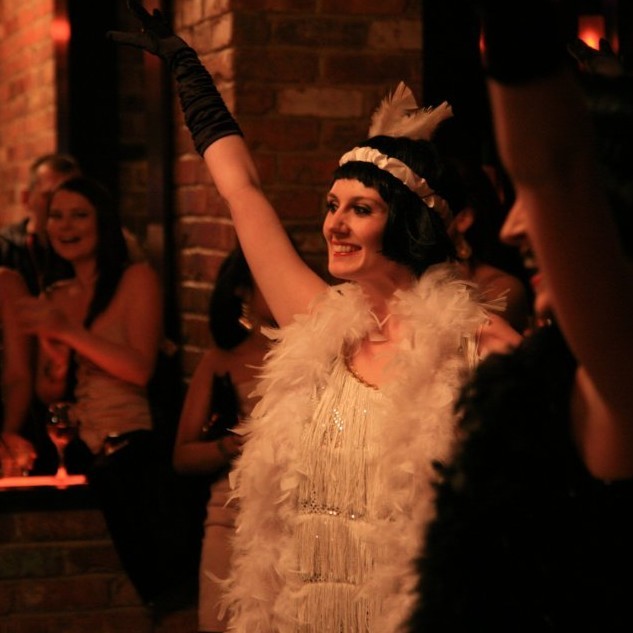 13
Staffordshire
These fantastic Charleston Dancers add loads of fun and energy to any 1920s themed event providing dance routines and even teaching the audience some 1920s dance steps!
From 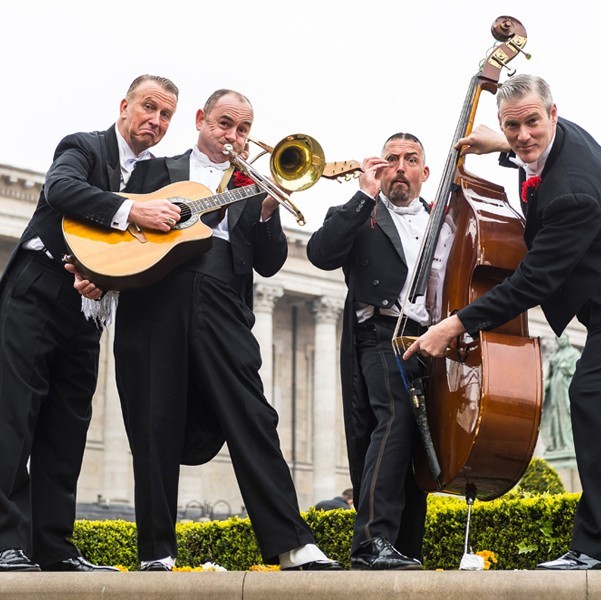 3
Manchester
1920s musical fun and frolics from four splendidly spiffing chaps who know how to entertain.
From 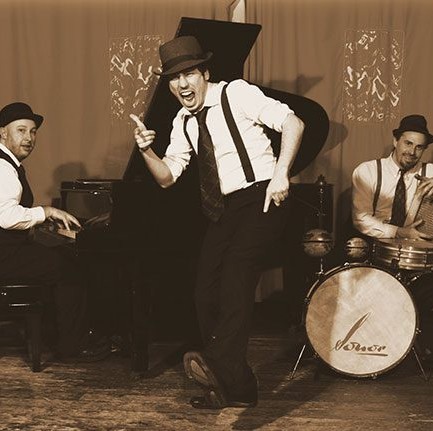 6
Lancashire
52 Skidoo are a three piece Harlem swing band that has turned back the clock to play a dazzling set of vintage American music.
From 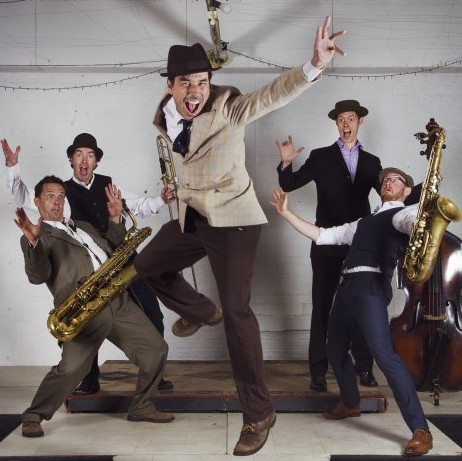 4
Manchester
Jump Jive meets Postmodern Jukebox! This dynamic Manchester-based act is available across the UK.
From 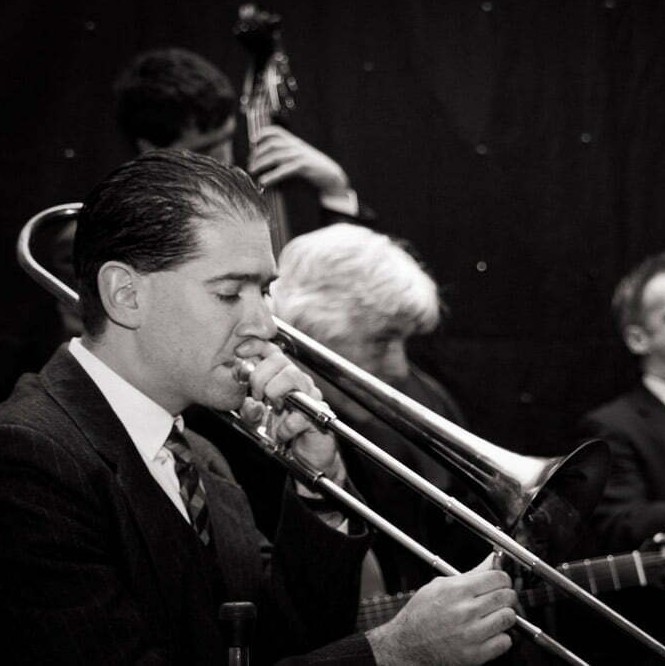