The Lowdown On Rock And Pop Bands 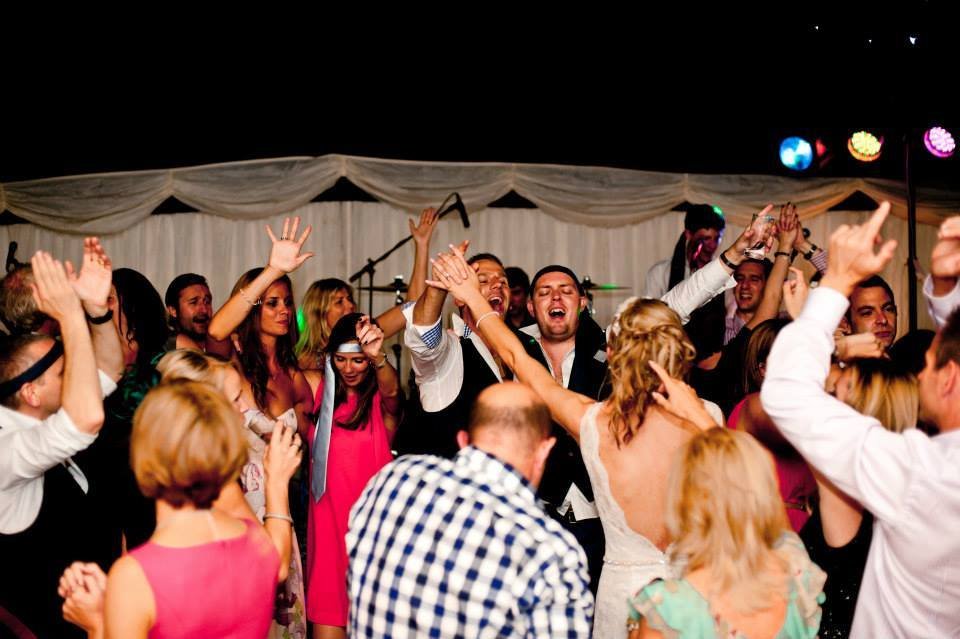 The most popular style of band with our customers at Warble is without a doubt the Rock and Pop Band. With their amazing guitar solos, Rolex timekeeping, poptastic bass lines, sweet keys and outstanding vocals it becomes easy to see why these musicians have full diaries for private events, such as weddings and corporate functions, so far in advance. Whilst line-ups can range from trios to 12 piece bands, the most hired amongst our customers remains the 3 and 4 piece line-up.

The 3-Piece and 4-Piece Band

The 3-piece band is booked more than any other kind of line-up. The most popular line-up consists of Drums, Bass and a Singing Guitarist. In the private function world 3 piece rock and pop cover bands are cost effective due to less members and they also take up less room, which is helpful for venues with limitations on space. Whilst it may be thought that a 3 piece band is less-likely to create a full sound this isn’t particularly evident when looking at famous trios, such as Muse, Green Day, Nirvana and Rush as examples. Again, in the functions arena a 3 piece band may add layers to their sound with the use of backing tracks or additional instrument samples so that they can perform songs otherwise impossible.

Saint are a popular Warble rock and pop band who perform exclusively as a 3 piece band.

The 4-piece band is also extremely popular. Before the development of the keyboard, the typical line up was two guitarists (one lead guitarist and one rhythm guitarist who was also the lead vocalist), a bassist and a drummer. Celebrity bands using this kind of line-up include bands such as Foo Fighters, Weezer, The Clash, The Kinks, The Fray, Sonic Youth, The Smashing Pumpkins, Arctic Monkeys, Franz Ferdinand and The Darkness.

An example of this line-up from the Warble roster can be found with the band Academy:

A variation of this line-up is the more straightforward vocalist, guitarist, bass guitarist, and a drummer. Famous bands with this line-up include The Who, Led Zeppelin, Red Hot Chili Peppers, Queen, REM, Blur, The Smiths, Stone Roses, Black Sabbath, Van Halen, Joy Division, U2 and Coldplay. Instrumentally, these bands are actually still only trios. The significant difference though is that the lead vocalist is given more freedom. This can be seen when watching the band Anthem:

In some early bands, keyboardists were used instead of bass players. For example, The Doors consisted of this line-up with Ray Manzarek taking bass duties on himself (in addition to adding amazing lead keyboard breaks as well!). Furthermore, multi-skilled musicians in some bands means that they will have the ability to play everything! Bands such as The Small Faces, Pink Floyd, The Killers and The Monkees were able to perform as a 4 piece but still include guitar, bass, drums and keyboard.

An example of this line-up on the Warble roster can be seen in the band The Arcades:

Do Rock and Pop Bands Differ in Style?

The rock and pop bands Warble represents come in all shapes and sizes and are fronted by female singers, male singers or in some cases both! The thing to take into account here is that if you are looking to hire a band for your own event or wedding think about the kind of songs you like because this may well determine the best option for who will front your band. Pop songs more often than not are a favourite for female singers who can do justice to Madonna, Lady Gaga, Christina Aguilera, Britney Spears, Taylor Swift, etc… and the rockier / indie style songs by bands such as Kings of Leon, The Jam, Muse, The Killers and Foo Fighters are performed by male fronted bands. However, this isn’t always the case as Bring the Noise show 😀

Each band has their own sound and their identity is often shown via the bands songlist. For example, some rock and pop bands may lean slightly towards indie rock, whereas another may lean towards 70s disco. So, it’s always worth taking a look at the bands songlist / repertoire to be sure that will play all the songs you want to hear.

And, what About Logistics?

All of our rock and pop bands are fully self-contained with their own PA and in most cases lighting. As standard, the bands also provide pre-recorded party music when they are not performing, and in some cases a full DJ option with DJ lights so you don’t have to worry about the party stopping just because they have.

The bands will usually arrive at the venue between 5pm and 6pm, unless an earlier arrival has been pre-arranged. They will then begin to unload instruments and equipment and proceed to set-up and soundcheck. Bands may need to arrive earlier in some cases if the performance space is in the same room as where a meal may be taking place (most common with weddings) and the venue does not give enough turnaround time for the band to set-up in. In this instance an additional charge to the standard fee may be applicable depending on how much earlier the band will be required to set-up.

The sound check and setting up time for rock and pop bands normally takes between 60 and 90 minutes depending on how easy access is to the performance area.

The bands will normally perform 2 x 60 or 3 x 40 minute live sets between 8pm and midnight. It is always advisable to listen to the band and their suggestions as they will have the best idea of what works with regards to timings as they have plenty of experience. For example, having the first live set at 8pm may not be the best idea if guests are only just arriving and are currently chatting as opposed to being ready to dance the night away.

As standard, wedding bands will finish either their last performance or stop the pre-recorded music at midnight, more often than not in compliance with the venue’s licence. Where a 1am or later finish is required a band may make a slight additional charge for this.

Once the event is over the band will break down (or pack away) their equipment, load up the vehicles and head off!

*TOP TIP* It’s always worth remembering that a band may have traveled a long way to perform at your event and after lugging equipment around, setting up, soundchecking and then performing, breaking down equipment and heading home, it can be a very long and tiring day. If you want the band to be performing at their absolute best keep them refreshed with soft drinks and food whilst they are at the venue. They won’t expect a three course lavish spread, but a platter of sandwiches or a plate each from the buffet will really keep them at the top of their game and ready to bring the party to your event.

We promise you won’t have seen these #entertainment ideas at many #weddings before! ❤️ ⠀⠀⠀⠀⠀⠀⠀⠀⠀ It doesn’t get much more #unique than this 👀 pic.twitter.com/EwQ2…

Absolute quality from Prima Showband 👌 It's not often a video blows us away as much as this one did! 😍 Prima Showband // Book Now at Warble Entertainment youtu.be/XhHDwcqYb9U

As the world begins to return to a ‘new normal’, many in the UK are desperate for any excuse to throw a party and put smiles on faces! 😀🥳 Check out these fantastic party entertainers who can safely be hired for events and garden parties! 🙌 warble-entertainment… pic.twitter.com/LVv4…

Today the live music industry stands together to call for action ❤️ We’re proud to support #letthemusicplay and emphasise the importance of protecting those who work in the industry, as well as the larger cultural significance that music plays in all our lives. pic.twitter.com/DUZL…

🤗🥰 Sending you all virtual #hugs from Trees Alive until we can do this for real again! warble-entertainment… pic.twitter.com/rIoW…