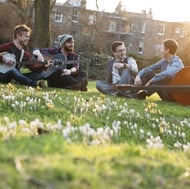 Festival Fire strike the perfect balance between the Mumford & Sons style festival vibe and all of your favourite rock, pop and indie classics. 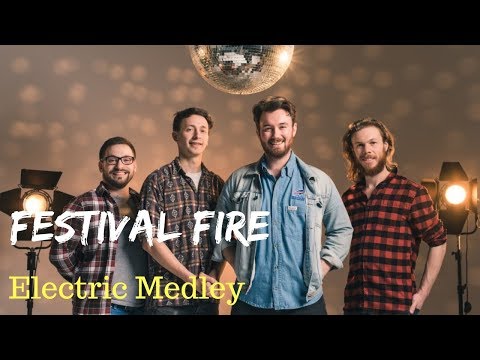 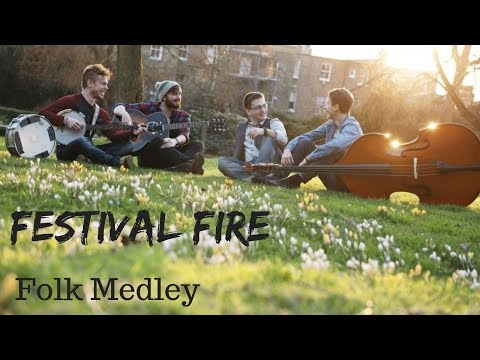 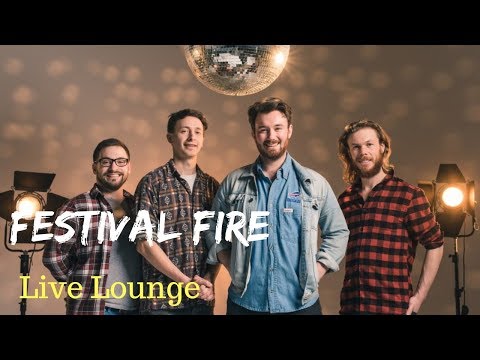 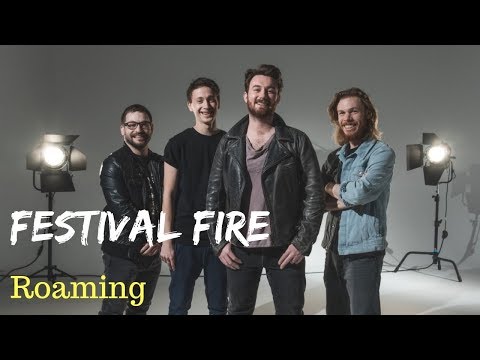 Festival Fire provide a full evening entertainment package that features an awesome Mumford & Sons style set with upright bass, banjo and acoustic guitar, as well as a classic indie/rock/pop electric set, with disco before and after!

The bands set list is all killer no filler! They only include songs that will pack the dance floor and have put together a repertoire of the biggest hits from 60s rock ‘n’ roll, including the likes of Elvis Presley, The Beatles & Little Richard, to current chart toppers including the best from Paolo Nutini, Mumford & Sons, Kings Of Leon, Killers and many more!

Festival Fire also offer the option of a 60-minute Acoustic Live Lounge set which is great for drinks receptions or during dinner!

All four members of Festival Fire are full-time professional musicians with a host of performing and recording credits with named acts, including Gavin De Graw, Katie Melua, Mica Paris, as well as top producers such as John Cornfield, Richard Flack and Ian Grimble, and have come together to form one of the most exciting function bands in the UK. 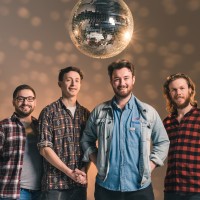 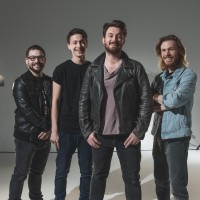 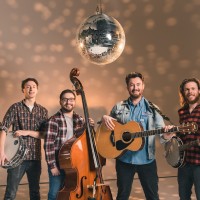 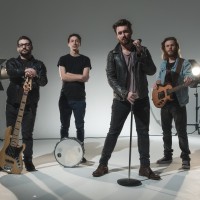 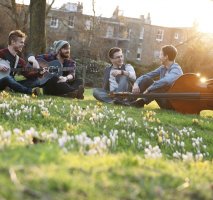 The band were amazing and I mean amazing. They arrived hours before and practiced along with a sound engineer who ensures the quality was fantastic. I must thank them all for an amazing evening of entertainment.

We spent a long time searching for the perfect band to play at our wedding as we didn't want a generic 'wedding band' and Festival Fire did not disappoint - they were truly AMAZING! The set list was a perfect mix of oldies, indie & rock, with a few pop tracks thrown in too, and the sound quality and vocals were great. The band were super accommodating and learnt our first dance for us (Wannadies - You & Me) which was really special. After that first song, they had everyone up (from kids to grandparents) dancing from start to finish - and at the end there were chants of "one more song, one more song!" The music is a massive part of a wedding party and I'm so so glad we booked Festival Fire. We had so many comments from friends and family about how great the band were, and I'd recommend them to anyone and personally book them again and again too - they were just perfect! Thank you!!

Festival Fire were a perfect choice for our wedding. Not only did they have a great ensemble that delivered the 'mumford and sons' style that we wanted along with an amazing set list of songs old and new, but they really were genuinely brilliant musicians which was shown by the great job they did at rearranging our first dance choice song for their ensemble. They nailed it more so than I could of imagined, to be honest it was so much better than the original I just wish I had a full recording of it! They're really laid back, friendly guys also who responded to any questions quickly in the run up to the wedding. They were also really respectful of the sound limiter in our venue and were careful to watch this all night so we never had a 'pull the plug' issue. All our guests loved the band and had a great time. We're so happy with our choice and I'd recommend Festival Fire to anyone considering!

Prompt responses to enquiries were appreciated and the band were fantastic. Guests were complimentary.

Can you let the band know that we thought they were amazing. All the guests loved them too. There was lots of dancing! We thought the first dance they learnt for us, 'Heart of Gold', was brilliant. 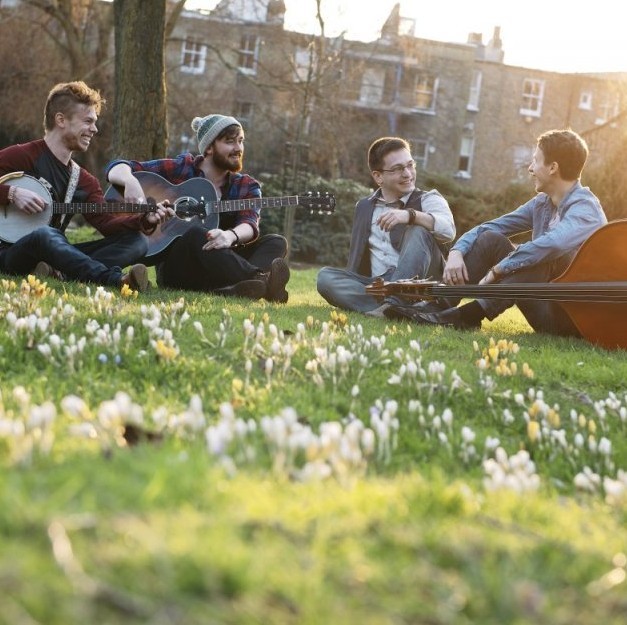 What time do you play?
Any time to suit you, standard prices are for 2 hours of live music, anytime between 6pm and midnight.

How long do you play for?
We can perform 2 x 45 minutes split into sets as and when required. We also provide disco between sets, so your whole night of entertainment is covered.

Do you have your own PA and lighting?
Yes – all included in the price.

Do you have Public Liability Insurance and PAT tested equipment?
Yes.

Will you perform our first dance?
Yes, as long as we have two weeks notice we will learn the first dance of your choice.

How much space do you require?
We have played in some very small spaces, but ideally a minimum of around 2.5m x 5m.

How much power do you require?
2 x 13 amp sockets is fine for our system.

Do I need to provide food/drinks?
Ideally soft drinks and a hot meal or buffet. But this is certainly not a deal breaker so if you can’t provide this, just let us know in advance and we’ll bring food & drink with us. 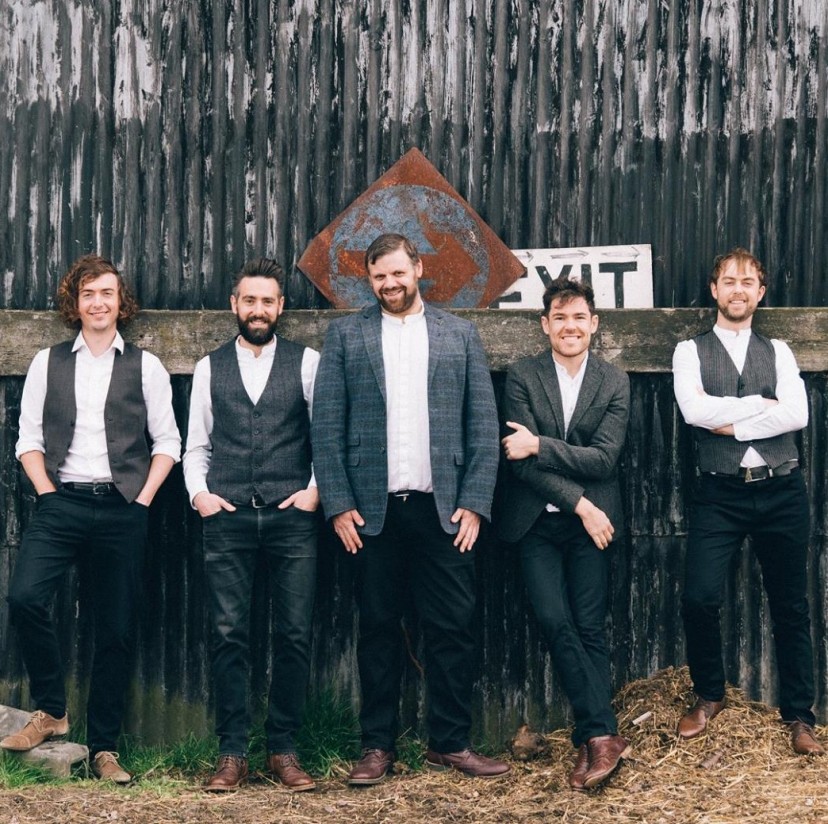 1
Hampshire
Mr K offer both folk-style entertainment and more electrified, contemporary rock and pop, all in one package.
From