Folk Season are here to add their roots-driven Mumford & Sons-style sound to all your favourite hit tunes. 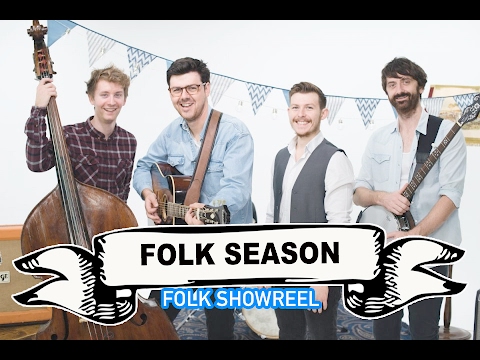 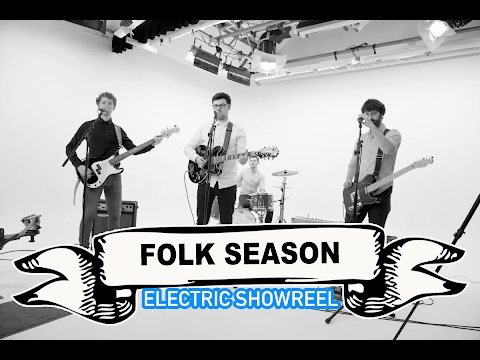 Break out the banjos and get set for a big old barn dance! A fun-filled, unforgettable addition to your festival themed wedding or high-end corporate function.

Folk Season are one of the UK's most popular live bands for festival-themed weddings, and it really isn't hard to see why. They take their incredible musical talent and use it to sculpt two sets of captivating live music: The first takes a stunning selection of songs spanning four decades and offers them up with a whole new Folk driven spin; complete with banjo, double bass and soaring vocal harmony. For the second set, they go hard and loud with a blistering indie-rock set filled with your favourite festival tunes.

With stunning production, an on-site sound engineer, PA and lighting set-up, two hours of live music and a disco/DJ set provided as standard, every single aspect of your evening's entertainment will be covered. All that's left for you to do is dance into the early hours with the people you love!

The band features four of the country's most prestigious session musicians, with a collective resume that is simply mind-blowing. Between them, their studio credits include Robbie Williams, Ed Sheeran, Roachford and Kylie Minogue among many others. They have shared the stage with acts ranging from The Rolling Stones to Hot Chip, at world renowned venues such as The O2, Hammersmith Apollo, Royal Festival Hall and The Barbican. Their lead singer, Jamie, was previously signed to U.K. major label Island Records and members of the band have performed live on US hit TV shows including Smallville, Charmed and The Late Late Show. 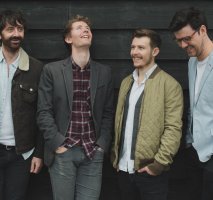 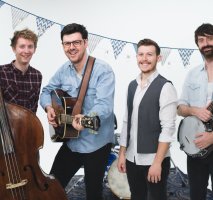 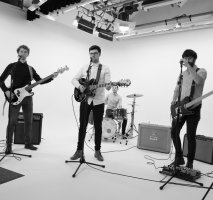 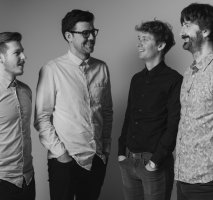 Folk Season were just awesome! They played at our wedding a few weeks ago and I really cannot thank you all enough for making the evening so memorable, personal and perfect. The band and the team were very professional & personable, they arrived with plenty of time for set up and once they started playing - WOW! All the guests are still talking about how great you were and what a fantastic evening they had, I don't think I left the dance floor all evening and you truly added to making our day so perfect. As having experience planning a wedding, I felt a little nervous not knowing exactly how the band would be as I hadn't seen them in person, however hands down Folk Season really are fantastic and I would recommend to anyone booking them for an event or very special day. A big thank you to you all, we hope to see you again soon at another wedding, or maybe we will plan another party! :-)

Words are not enough to express how wonderful Folk Season were at our wedding reception last Saturday! The band were amazing musicians, so friendly and professional. From the first dance (please thank them again for learning it!) to the last encore they had everyone up on the dance floor!

Folk Season are based in Kent and are available for hire at weddings, parties, functions and corporate events across the U.K. and Europe.

Gentlemen Of The Road

123
Surrey
These guys combine the best of both worlds, an acoustic 'Mumford & Sons' style set, followed by a full-on party set.
From