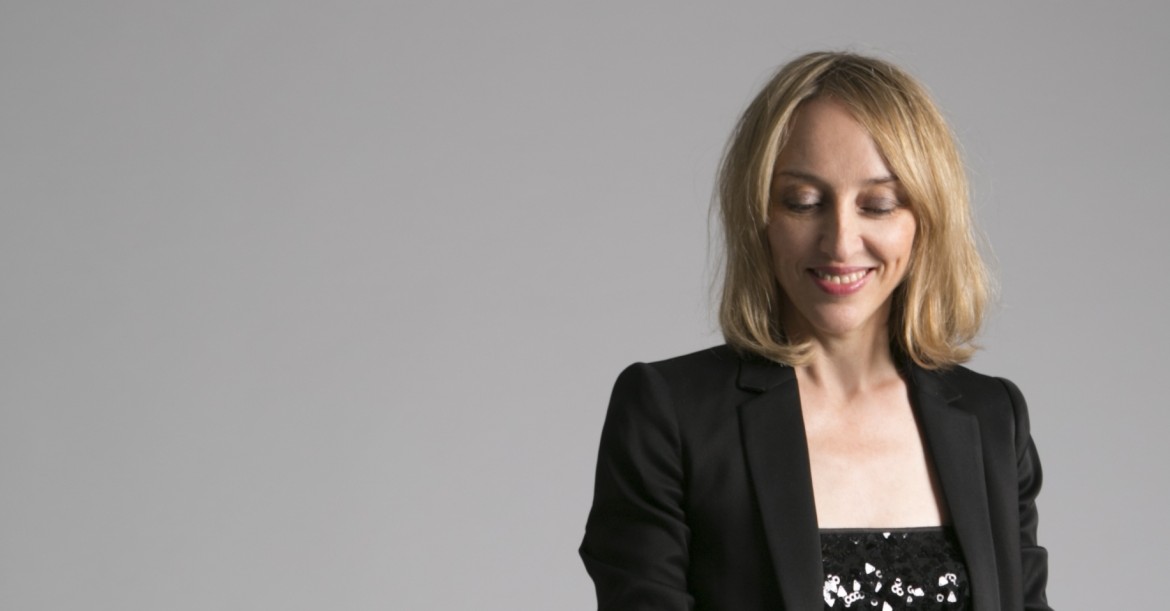 Francesca has been singing professionally for more than 12 years. After graduating in Drama and English at London University, Goldsmiths’ College Francesca worked as an actor/ musician with the New Cross Theatre Company, and performed in productions such as: ‘Macbeth’ (London and Italy), Brian Friel’s ‘Translations’ and the British premiere of ‘I’ve Got The Tune’ by Marc Blitzstein. She gained her teaching qualification in 1992 and continues to teach speech, drama and voice.

In 2005 Francesca was one of the featured artists in the Riverfront Jazz Festival, Greenwich and was accompanied by two giants of the British jazz world, John Etheridge and Duncan Lamont. In July of that year she represented UK Jazz at the Lent Festival in Maribor, Slovenia.

Furthermore, Francesca has had the privilege of working with some of the country’s top jazz musicians including Jim Mullen, Pat Crumly, Tony Coe, Alan Barnes, Julian Marc Stringle, Derek Nash and Mike Garrick. So, with an extremely wide range of repertoire, and some of London's finest musicians at her side, Francesca is able to move from Jazz to Pop, to Classic Rock to Soul with the greatest of ease, and is a must for any event! 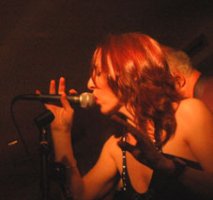 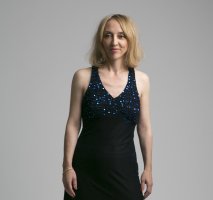 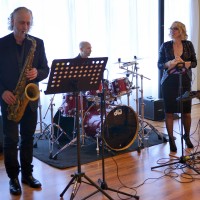 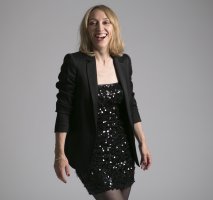 Francesca has performed twice for us, and both times she has been superb. She and her backing musicians were first class, they delivered exactly the right kind of music at the right time, and if I plan another celebration, I won't hesitate to book her again. The only thing I would do differently would be to delegate some of the hosting responsibilities so that I would be able to spend more time just listening to a singer and a group of musicians performing at the top of their game.

The event was amazing and the band were great! They did get everyone up on the dance floor and they were very organised. Please say thanks again to the whole band. Thanks a lot.

Tracey, You provided an excellent service - very efficient and knowledgeable. Francesca and the pianist were marvellous - everyone commented how wonderful they sounded - I felt bad but being an afternoon event and a 60th - no-one was up and danced but we enjoyed having the music in the background - I hope they did not feel like spare parts!! Thank you again to all.

We are on our honeymoon in the Maldives on route to Dubai so I will keep it short but our band was fantastic, it really ended our fantastic day with a bang... Thank you for all your help and assistance with the booking you made it very easy and stress free, we would definitely recommend your services to others...

WE HAD A FANTASTIC TIME - I feel like shouting from the rooftops - all the people we booked were on time, polite and great to deal with. I felt that they truly wanted my day to be special and their performances were wonderful - Francesca was absolutely great and feedback from our guests was top notch regarding all three, there was entertainment for everyone. I shall be writing to you and would be grateful if you could please pass my comments on to the artists. In addition I am very pleased that we choose Warble Entertainment not only did you supply the entertainment but I felt that you were with me 100%. I contacted you with some trepidation as I have not used an agency before but not only did you help me with choosing the acts that we needed and required but you have constantly kept in touch so that I really did not feel that I was having to work too hard to get everything right in that area and when I forgot to ring one of the acts you kindly contacted me to find out if all was well without being intrusive. I cannot thank you enough.

With her superb range of Jazz, Blues, Rock, Soul and Pop, Francesca is a must for corporate functions, hotels and restaurants, indeed, wherever a vocalist of quality is required. Additionally, Francesca is able to offer a duo, trio, or quartet line up for venues with limited space and a full band option for larger events requiring the WOW factor.

6
London
Mix a pinch of jazz, a dose of pop and a dash of acoustic soul together and you’ll get Silver Moon.
From