Geoff is based in Sussex, playing concerts and recitals as well as providing beautiful music for corporate functions and weddings. 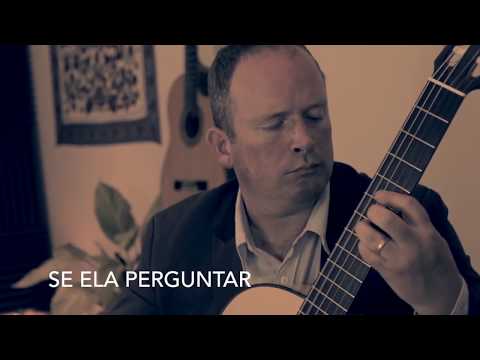 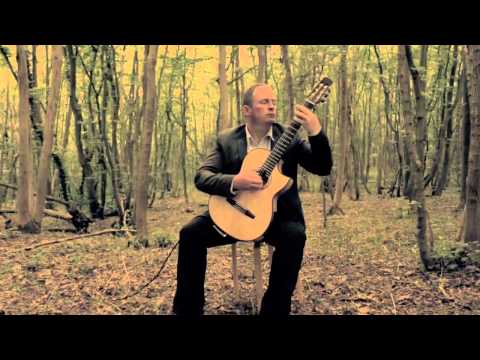 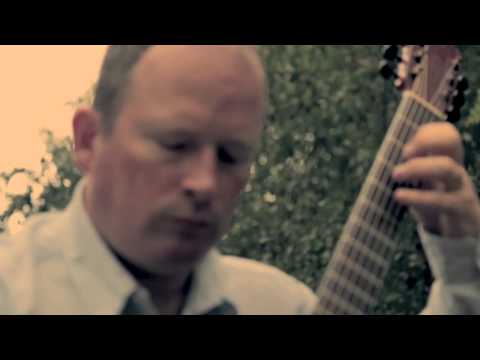 Geoff started the guitar at the age of 11, and began making a living entirely from his music at the age of 18 whilst travelling all over Europe as a street musician for 2 years.

He studied classical guitar under Paul Gregory (winner of the International Segovia Prize), and has had tuition from Gilbert Biberian, Gary Ryan, Roberto Aussell and Roland Dyans.

He also has a diploma in Jazz, has studied with acoustic guitarist Eric Roche and has released multiple classical solo CDs.

He has performed as a soloist with The Bath Concertina Orchestra and enjoys regular concerts at festivals including Glastonbury, Edinburgh, Bath and Brighton where his shows are always a sell out. Additionally, he has given concerts in Ireland and Switzerland. 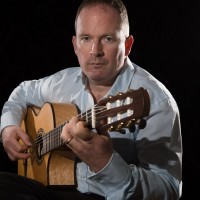 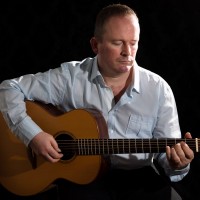 Geoff was just amazing. He arrived, played brilliantly and left. He performed exactly as he says he would. He made no fuss or bother to the point where we felt guilty that we hadn’t looked after him properly. He was a true gentleman and artist and added the perfect ambience to my daughters wedding. I would highly recommend him.

Geoff helped make our 50th anniversary party an amazing success. His choice of music and the superb quality of his playing set the tone for our stylish gathering.

On time, professional and very talented.

We and our guests were delighted with Geoff's contribution to our wedding reception in our garden. His playing provided just the right atmosphere, he was on time, set up quickly and was happy to play for longer than we had booked for a bit of extra remuneration. We would certainly recommend him to any of our friends looking for a quality professional musician to play at their event... marvellous mellow guitar music skilfully performed. Booking through Warble was completely straightforward and Jez was quick to get in touch and make sure the process ran smoothly. All in all, a superb and much appreciated enhancement to our happy day, even if we couldn't persuade the rain to stay away!

We were thrilled with Geoff's playing. The choice of music was perfect and it really added an atmosphere to our party. Many thanks.

Geoff can play at wedding ceremonies and/or receptions and has a range of small to large systems for different sized events. He also has a battery powered amplifier for outdoor events.

18
West Sussex
From classical, Spanish and instrumental solo guitar to a large acoustic and vocal repertoire, Tom can provide the right music for any occasion.
From

11
Surrey
Jim is a professional classical guitarist with over 20 years of performance experience.
From