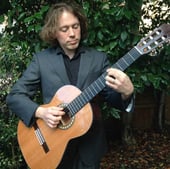 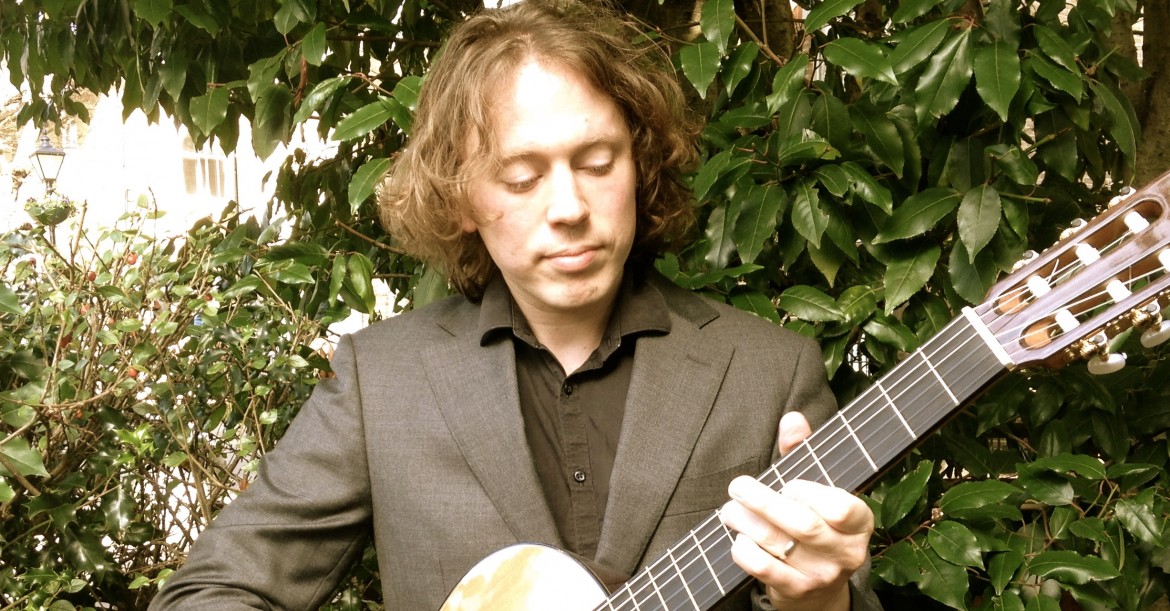 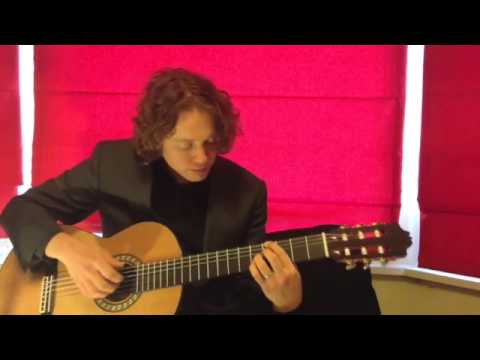 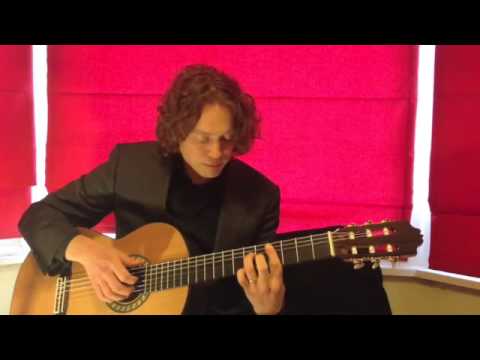 As a guitarist, Ricky's been all over the world, from Europe and the US to Australia, South Africa, Russia and Dubai. Highlights include Glastonbury Festival, Hammersmith Apollo, Ronnie Scotts, Montreux Jazz festival, Sydney Opera House, SXSW, and the Forbidden City in Beijing. As well as writing songs that have been used in global advertising campaigns (e.g. Mercedes and Hyundai), Ricky has also had primetime radio play and played live on BBC Radio 1, Radio 4 and 6 Music.

Ricky's also held long-running jazz residencies in various venues in London, and played weddings and functions across London and the South East.

Whether it’s a wedding, birthday party, charity function, corporate entertainment or anything else, Ricky the Jazz Guitarist can create the perfect atmosphere for your guests.

By Ricky The Jazz Guitarist 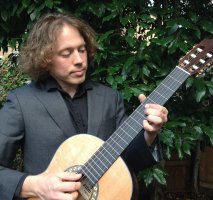 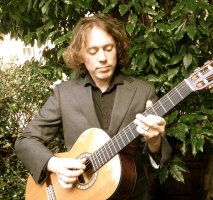 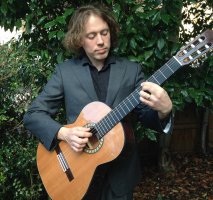 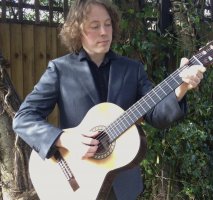 Highly recommend Ricky the Jazz Guitarist - made our party very special. He is an extremely talented musician but more than that was polite, punctual and responded to enquiries promptly. Thank you.

My Fiance and I first heard Ricky when he was playing in a pub on Broadway market while we were in the final throes of frantic wedding preparation. We became immediately transfixed by the beautiful music coming from Ricky's guitar - it was so hypnotic and comforting that we decided that we had to have him play at our wedding. To put our minds at ease, Ricky recorded MP3s of the songs we wanted so we could hear what they would sound like. It sounded as wonderful as we had hoped - everyone said on the day how different and moving it was to have the sound of the solo guitar gently play as I walked down the aisle. Not only is he an incredibly gifted musician, he is the epitome of professionalism. I cannot recommend him highly enough! 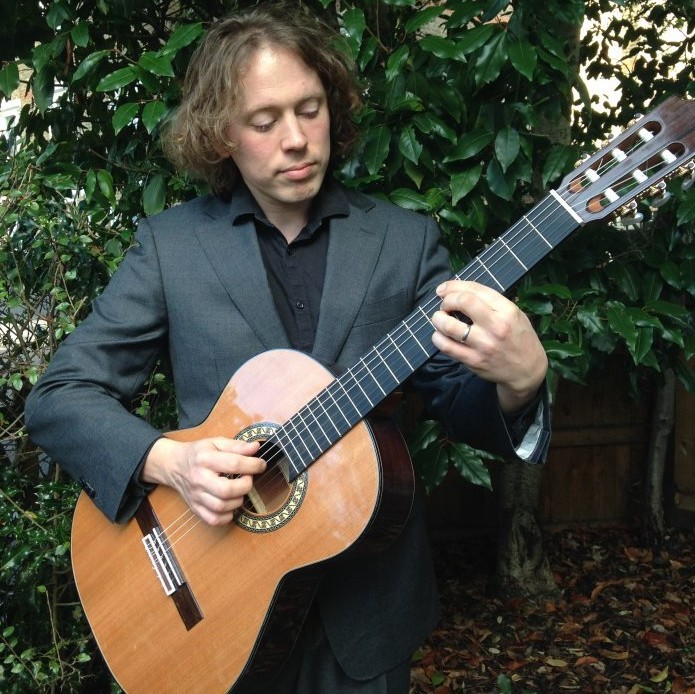 Technical requirements:
One chair and a plug socket near the performance area.

Requests:
I can arrange songs at your request for the guitar. For example I arranged Eye of the Tiger for guitar at someone's request for a wedding previously.

Recordings:
I can provide MP3s of requested songs prior to the event. 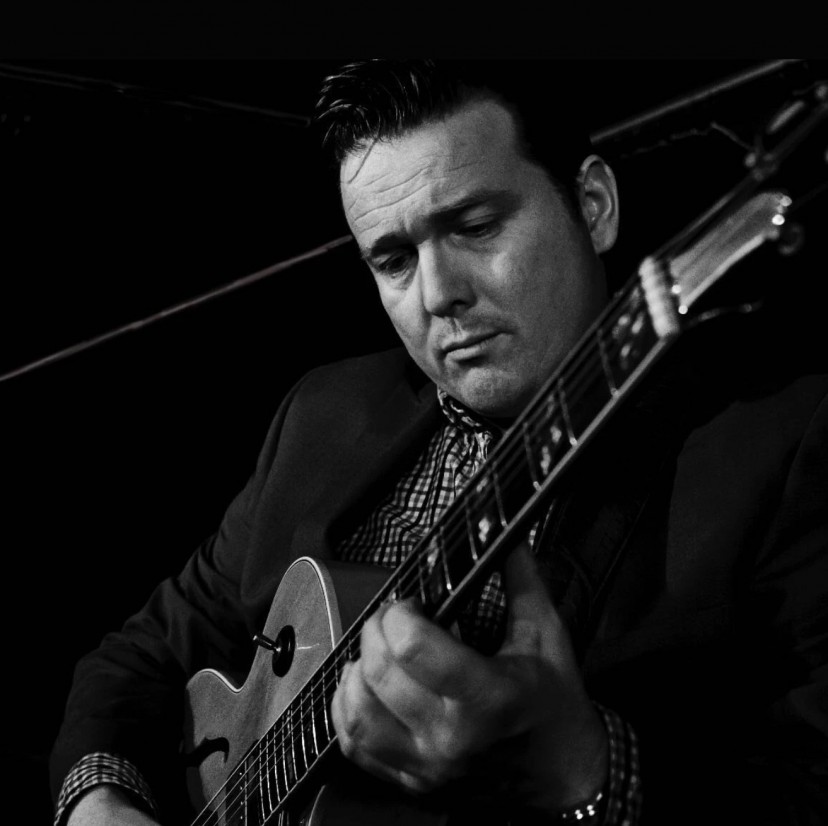 2
London
The mellow, swinging sound of a virtuoso solo jazz guitarist like Sam adds an informal yet elegant feel to your event.
From 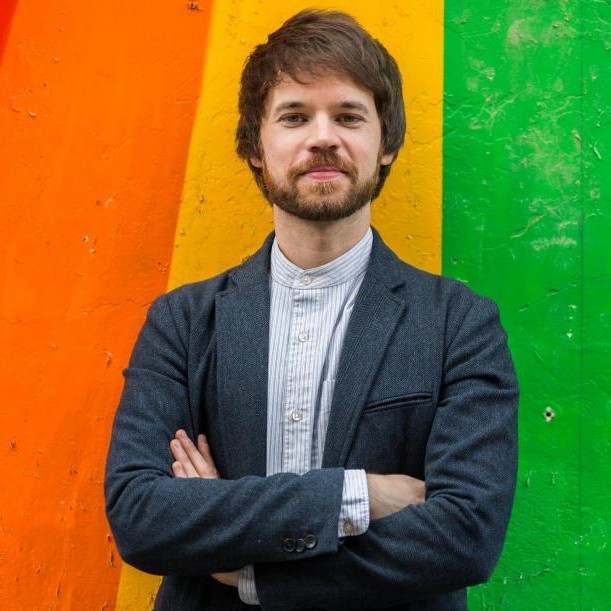 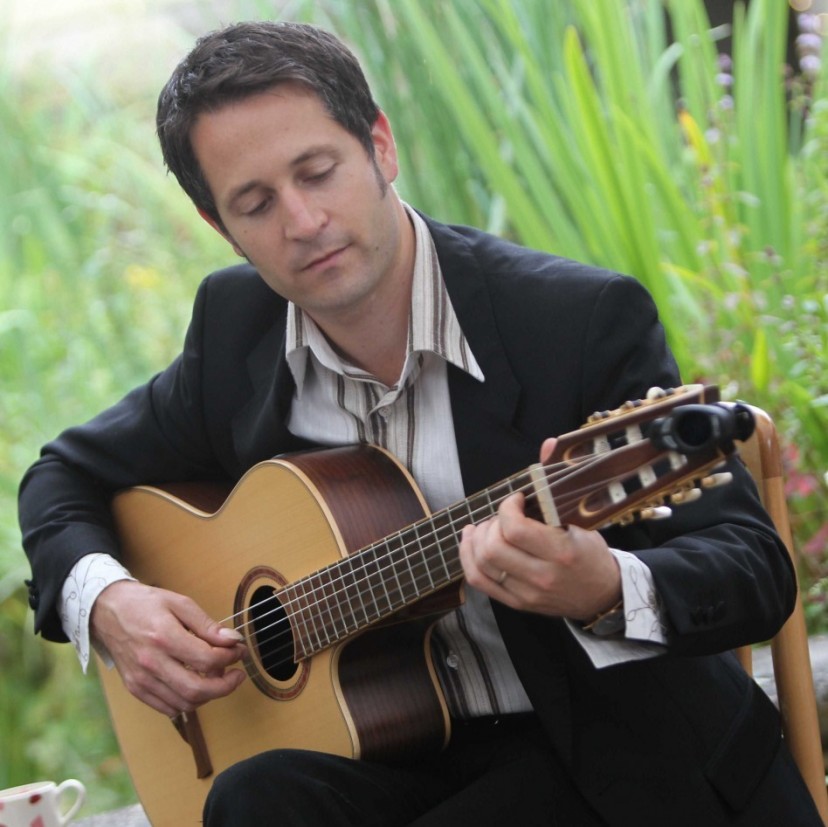 17
West Sussex
From classical, Spanish and instrumental solo guitar to a large acoustic and vocal repertoire, Tom can provide the right music for any occasion.
From 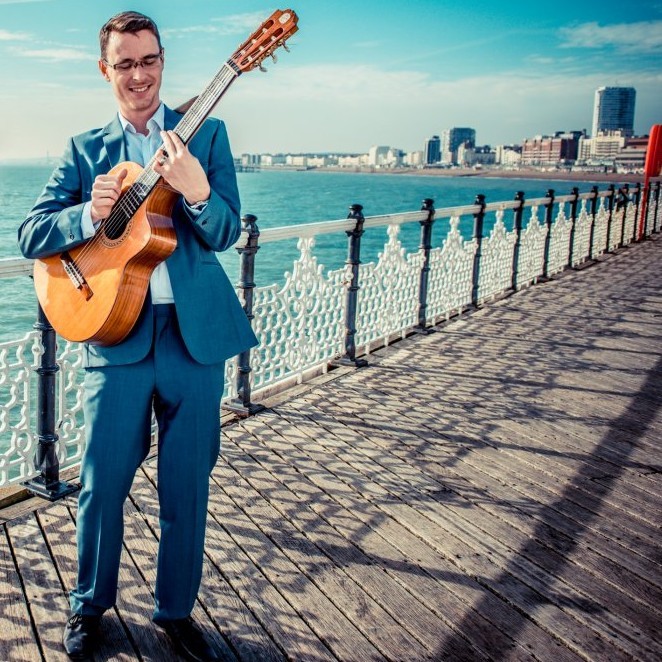 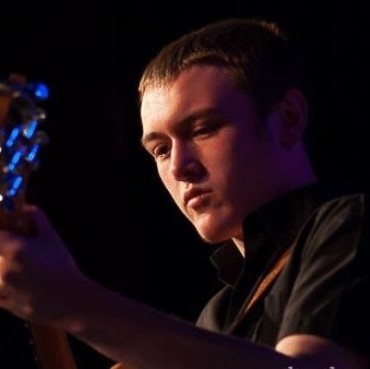 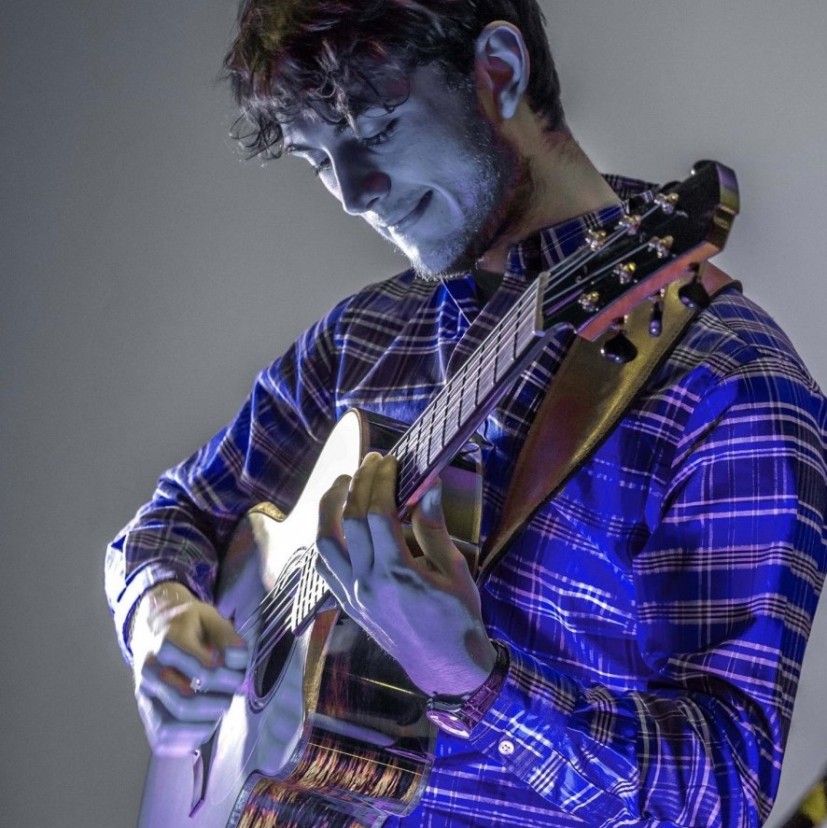 1
Gloucestershire
Luciano Lanetti delivers the perfect musical backdrop for any event, from soft and relaxed to upbeat and feel-good.
From