The mellow, swinging sound of a virtuoso solo jazz guitarist like Sam adds an informal yet elegant feel to your event. 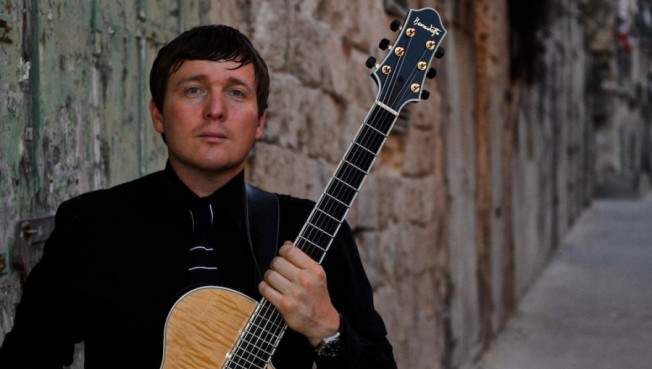 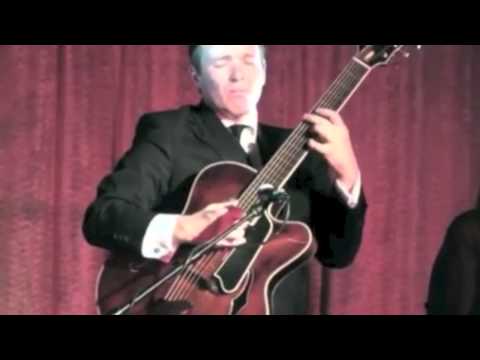 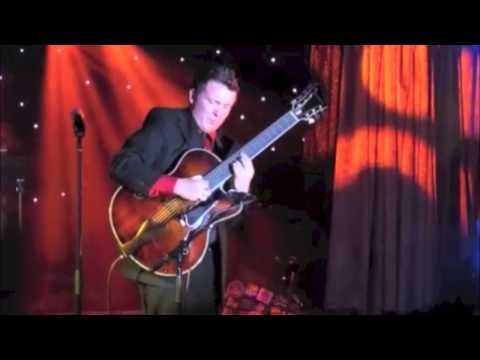 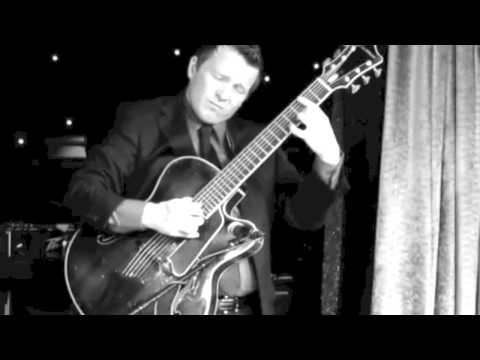 Sam is a virtuoso solo jazz guitarist, and is a self contained act. He has a huge repertoire of jazz and Latin standards, and also plays arrangements of modern pop songs and classic folk melodies, all without backing or accompaniment.

Sam has nearly twenty years experience as a working pro musician. His relaxed guitar playing belies a lyrical virtuosity that has been heard in concert halls, clubs, pubs, on radio and TV, all over the UK and beyond.

Whilst Sam is predominantly a contemporary jazz musician, he is also a formidable fingerstyle solo guitarist, and effortlessly blends elements of jazz, folk, classical, Brazilian, and other disparate musical influences into a truly personal style.

Venues of note where Sam has performed include The Albert Hall and the National Theatre in London, The Opera Houses of Frankfurt, Stuttgart, Nuremberg, Oslo, Graz, and Copenhagen, The Stables in Wavendon, The Sydney Conservatorium, Bennetts Lane in Melbourne, The Cardiff Opera House, The Cutty Sark in Greenwich, The Old Vic in Bristol, The Empire in Liverpool, and countless other theatres and concert halls across the UK and beyond. Sam recently toured Australia with Grammy nominated jazz pianist Judy Carmichael, and also accompanied actors Michelle Dockery and Sheriden Smith in a cabaret at London's Cafe de Paris.

"Sam is a wonderful musician on all levels. He has a wide, interesting repertoire, beautiful sound, and is equally compelling with ballads and burners. And with his fast ears and quick wit, he's great fun on the bandstand." - Judy Carmichael

By Sam The Jazz Guitarist 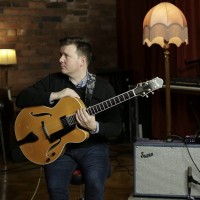 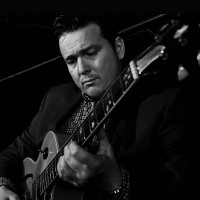 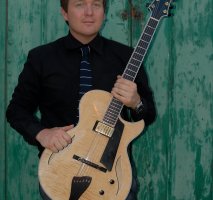 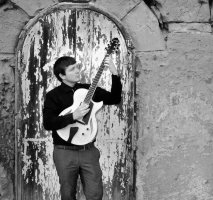 Thanks so much Sam, your beautiful guitar playing was just what we wanted at our reception!

What material will Sam play?
Sam is a self contained act, without backing tracks or vocals. He plays solo guitar arrangements of jazz and Latin standards, as well as Irish folk music, and his own unique arangments of pop songs. If there's a song you like, let Sam know and he'll play it!

What do we need to provide for Sam to perform for us?
Sam has a small and unobtrousive PAT tested amplifier that hides under his stool, so will need a plug socket.

Can we add other instrumentation if we want something a little larger?
Sam also has a duo with a double bass that is particularly suitable to intimate venues, and can also add a swinging jazz vocalist if need be.

4
Manchester
Playing a mixture of improvised flamenco and traditional Spanish guitar, perfect for themed events or background ambience.
From