Hailing from the bustling streets of Manchester, The Lunettes are a folk/pop girl group comprised of three friends with a mutual love of music. 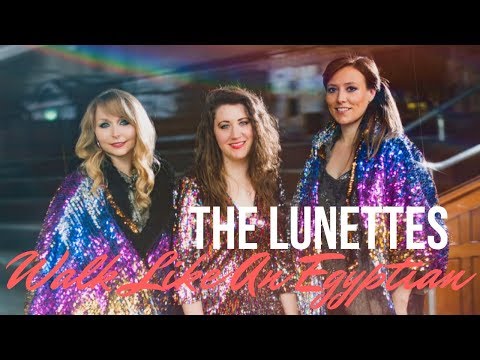 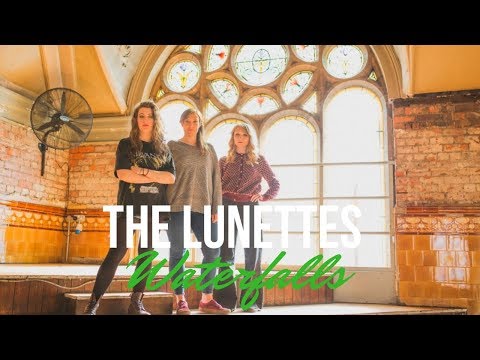 Becky (guitar/vox), Sally (guitar/vox) and Lorna (percussion/vox) all met a few years ago after running in the same musical circles in and around Manchester.

Becky and Sally became acquainted with Lorna whilst playing the open mic circuits around the city. All three quickly discovered they had similar musical interests (and a shared love of sequins). They soon got to writing original music together, as well as learning covers of all genres, from folk to rock, to perfect their skills. With influences as broad as Dusty Springfield and Daft Punk, they have mashed all of their inspirations together to come up with their own unique take on music. Whether it's playing their own original music or covers, they have a distinctive sound which is fuelled by live instruments and three-part harmonies.

In between playing various venues around Manchester and the UK, as well as weddings, private functions and parties, they can often be found in local cafes, drinking tea, eating cake and chatting nonsense. 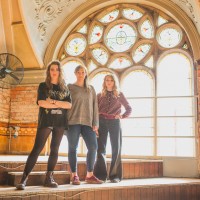 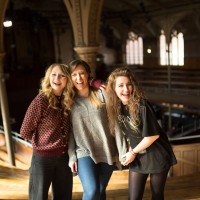 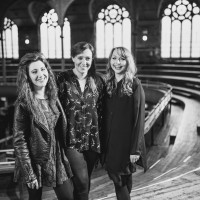 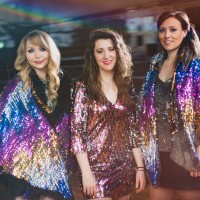 The Lunettes are extraordinary artists. My 40th garden party was complete with them playing a wonderful selection of music, old and new in an outdoor setting. Everyone loved them.

Ready to book
The Lunettes?

Are you able to learn first dance songs / special requests?
Yes, we are able to do this where it suits our style at no charge. Additional requests may incur a charge for extra rehearsal time.

Do you have PA and lighting?
We have PA suitable for most sized venues, however as we are mostly an acoustic band, we do not have lighting.

How many plug sockets do you require?
We require 1 x 13a socket near to the performance area.

Do you work with volume limiters?
We can work with most limiters. The fact that we are mostly acoustic means that we can bring an upbeat and full sound and still work with all but the strictest decibel limiter.

14
Nottinghamshire
Dressed Like Isaac will provide the perfect soundtrack to any wedding or celebration with their vibrant and full sound!
From

3
Shropshire
Diversion are a lively party and function band that infuses Mediterranean and pop music.
From

2
West Yorkshire
Live Luxury are an incredible live acoustic band with years of experience working the most trendy bars, clubs and events.
From

3
Derbyshire
The Latin Tree is a Latin-inspired band, a multicultural group of talented musicians who are rooted in the heart of Derbyshire.
From