There is no other Lady Gaga tribute act as accurate and breath-taking as the multi-award-winning Gaga Experience. 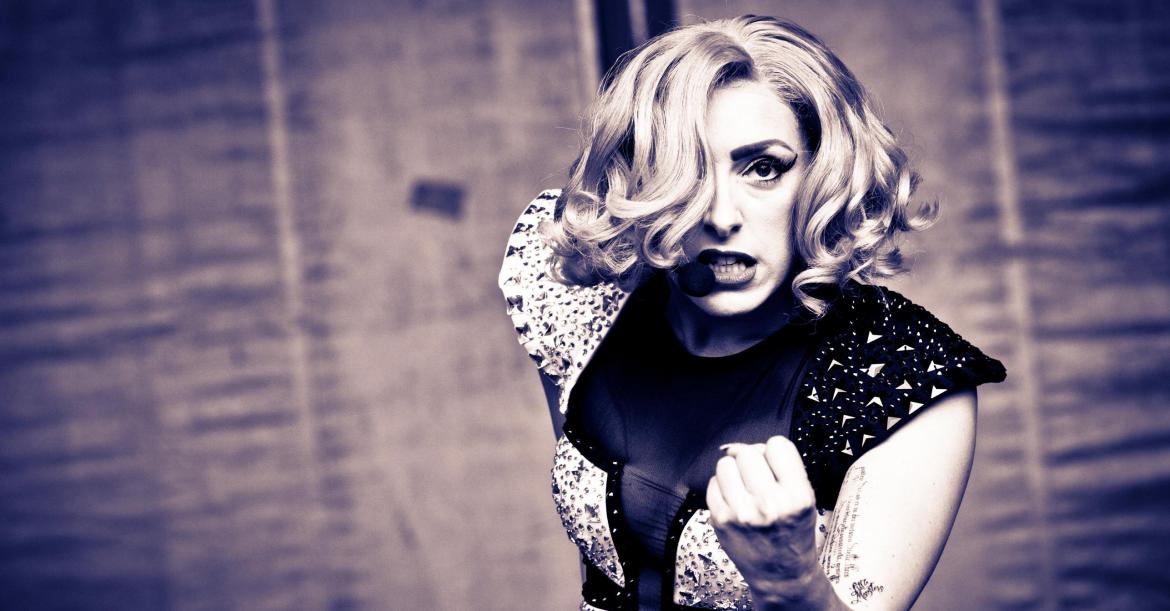 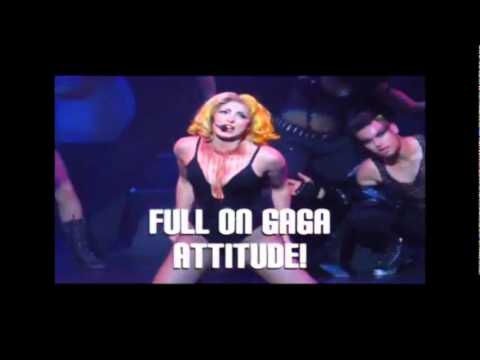 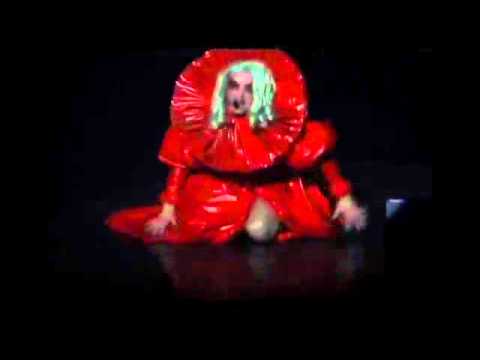 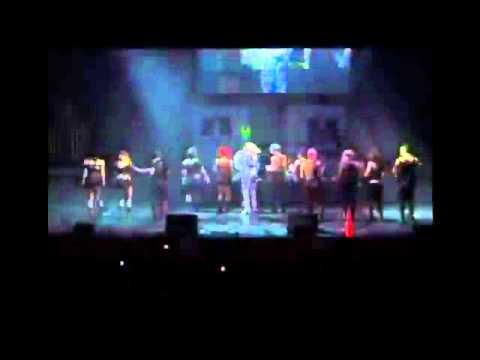 Even Lady Gaga's Management company 'Ate My Heart' couldn't tell the difference between some of Gaga Experience's photos and the real Lady Gaga.

This show is the Lady Gaga tribute that raises the benchmark for all other tribute acts. The show is a visually stunning and dramatic theatrical performance that recreates all of the drama, glitz and glamour of Lady Gaga's most memorable performances.

Internationally acclaimed as the "Best Lady Gaga Tribute on the planet"!

Even the real LADY GAGA thinks she is amazing! Upon meeting Gaga Experience, the real Lady Gaga excitedly shrieked “Oh my god, you look just like me. You are Amazing!”

With 100% Outstanding LIVE sound-a-like vocals every time, up to 22 hand made Jaw dropping replica Gaga costume changes, amazing and accurate Gaga choreography, fully working replica 'Spark Bra', spitting image looks and full on Gaga attitude, this is the ultimate non stop, live tribute show to 'The Gaga' herself. Taking you on a Monster journey with songs from both The Fame Monster, Born this way era and now the long awaited Artpop. Prepare to be left Speechless....

Her uncanny natural resemblance to Lady Gaga and convincing and realistic performances, have audiences asking themselves the question ... Who is the real Gaga?

She is the only Lady Gaga Impersonator and Tribute in the world that uses an authentic working replica of the Lady Gaga Spark Bra. All the costumes are professionally tailored handmade replicas of the Haus of Gaga wardrobe, designed and created by her very own Costume Designer (who has worked on BBC Television and The West end as a Theatre costume designer). The costumes cost thousands of pounds to make, but the attention to detail is noticeable with every single stitch, helping to re-create the experience of drama, attitude and fashion that is "LADY GAGA".

In her constant striving for perfection to maintain her reputation as the world's number one Lady Gaga Tribute, 2012 saw the premier of the Lady Gaga Tribute Band. A 7 piece live band made up of Germany's top pro touring musicians who have worked with many famous names and toured with the show We Will Rock You.

By Lady Gaga - The Gaga Experience 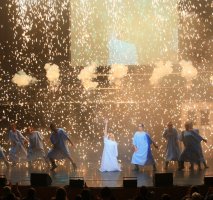 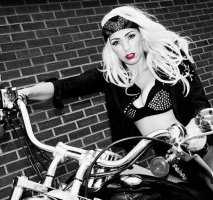 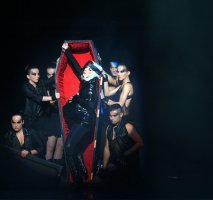 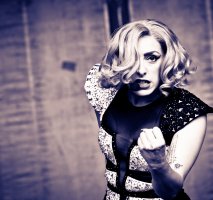 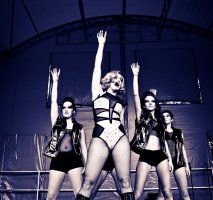 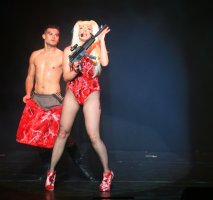 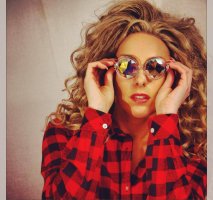 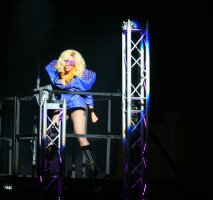 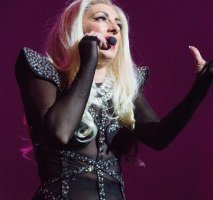 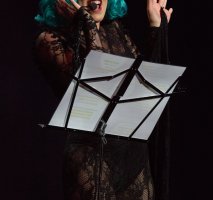 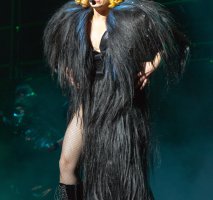 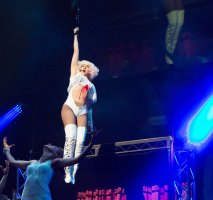 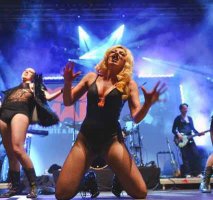 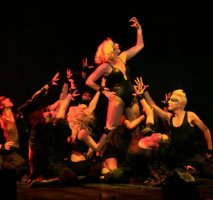 The clock is ticking and we are all waiting with baited breath for the show to start. The lights are off, smoke fills the room, electro music takes off and colour lasers shoot across the room. Everyone is looking around waiting to see which door Gaga will come through and then with a burst of energy Gaga enters and makes her way to the stage in a huge blonde netted wig, mask and the costume worn by Lady Gaga at the Brit Awards. Everyone gasps and is blown away. With 9 costume changes, great lighting, music and sound, Gaga Experience's Lady Gaga tribute show is truly the best tribute show we have seen, her live vocals and stage presence are amazing. Working in hotels we are used to seeing good tribute acts but this act tops them all. And, the icing on the cake for our Welsh Gaga should be that "Gaga haters" came bounding up to me to tell me how great Gaga Experience was and that they would love to see her again. Promising stuff for Gaga Experience and the team I'm sure. Well she gets a big "thumbs up" from us and we should know, the real Lady Gaga was one of our guests at the hotel in 2010! Well Done! Awesome! Exciting! Professional and fantastically GAGA!

Please note the fees are based on a 1 x 60 min set and may vary due to set times, location, etc.

Do you sing live?
Yes, I sing live for 100% of every performance even with all the complicated dance routines. There is no miming.

If we book the show with video backdrops/interludes do we have to supply the projector and screen?
No, we can supply a Hi-Lumen projector and a large front/rear projection screen.

What changing area is needed?
A quick change area will be needed for super quick costume changes. It needs to be no more than 10 meters from the performance area, away from prying eyes, clean, well lit, with mirror, a plug socket and bottled still water. The area must not be used by the public or staff during or an hour either side of the performance.

Is the show suitable for a younger audience?
This show can be adapted to suit any audience young or old. It is a dramatic production that leaves even non-Gaga fans screaming for more. Although Lady Gaga is known for her outrageous stage shows and performances, this tribute show will adapt for every performance.

How long do you need to get ready/set up?
It takes approx 1 hour to apply my make up and changed into costume. If we are supplying the PA / Sound system then an additional 60-90 mins will be needed to set up.

We would like to book you for an international performance, is there any extras we will need to cover or supply?
A technical rider can be supplied once the booking has been made. Also all Flights, accommodation, transfers, extra baggage allowance (for costumes) and meals/refreshments for all of Lady Gaga Tribute's crew members must be booked and pad for by the client

Can we have photos with the artist after the show?
Yes, but please book this option in advance.

2
Derbyshire
Nicola takes the tribute world to new levels with her fantastic show to the one and only LADY GAGA.
From

3
London
The UK's No. 1 tribute to Katy Perry - Stunning vocals, replica costumes, amazing choreography and an incredible stage presence!
From