45rpm are a professional London based 9-piece band playing the finest in Soul and Motown. 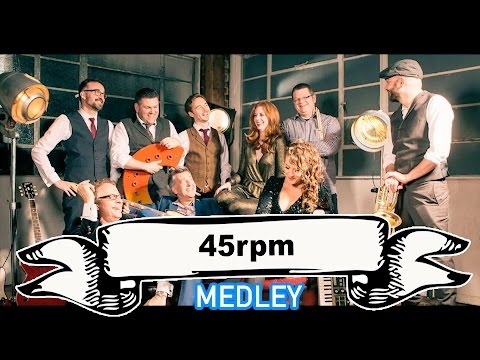 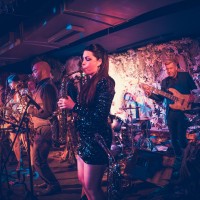 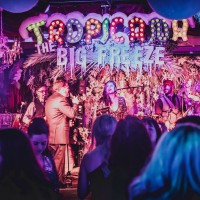 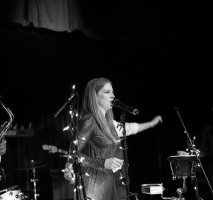 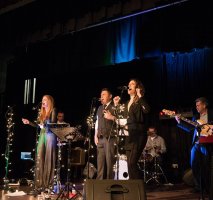 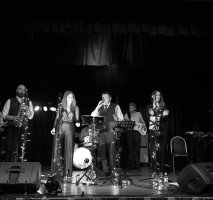 45rpm have a breadth of experience rarely seen on the events entertainment circuit, which includes TV, radio and recording session work for UK Top 40 and American Billboard Chart artists, extensive European and International Tours and performances at major UK and International music festivals

45rpm formed in 2015 with the intention of forming a function band which would truly be a cut above the rest. Featuring some of the finest, and busiest professional musicians on the London circuit, the band never fails to amaze and impress it's audiences.

The band plays it's own arrangements of classic and modern Soul, Disco and Funk pieces which are guaranteed to get everybody dancing and swept up in their infectious groove.

The full 9 piece band features 3 outstanding lead vocalists, with extra backing vocals coming from the band to provide exceptional 4-part harmonies; a dynamic and punchy saxophone section playing those classic horn lines from the songs you love, in addition to the occasional screaming solo; all underpinned by a seriously tight rhythm section which provides some seriously funky grooves.

As well as being as accomplished a musical act as you will find on the function scene, 45rpm are experienced performers who enjoy every performance just as much as the audience, bringing fun and energy to every event.

45rpm line up is as a 9-piece band consisting of:

45rpm are a great band. They were great with us from start to finish and I couldn't recommend them enough.

We'll never be able to thank you enough for the fantastic performance you put in at our wedding, it truly capped off what was a perfect day for myself and Lucy.

45rpm are a great band. They were great with us from start to finish and I couldn't recommend them enough.

We'll never be able to thank you enough for the fantastic performance you put in at our wedding, it truly capped off what was a perfect day for myself and Lucy.

Can we request specific songs which aren't on your current list?
One complimentary request song is included with each booking (usually the first dance at a wedding). Extra requests can be arranged and learnt by the band at an additional cost.

Do you provide other background music when the band is not playing?
We provide music from an MP3 playlist, played through the PA system inbetween the band's sets. You will therefore have music played for the duration of your event if required.

25
London
If you're looking for the ultimate funk and soul band for your corporate event, wedding or private party, then look no further!
From

39
London
One of the UK's very best, Soulidify are the band you book when you really want to guarantee a party.
From