Passionate performers of the greatest pop, soul and disco hits alongside your favourite modern party anthems 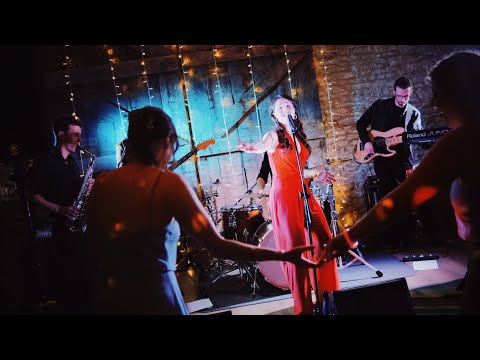 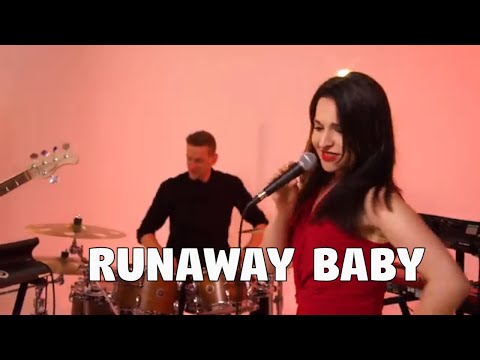 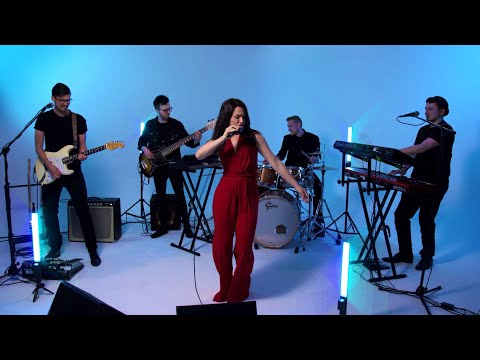 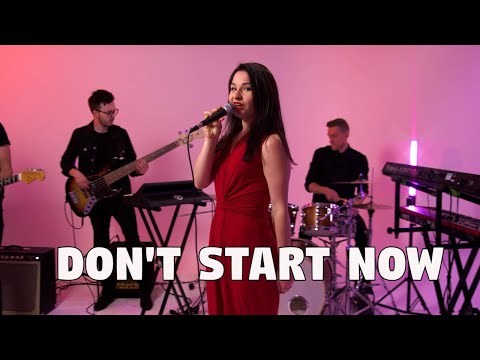 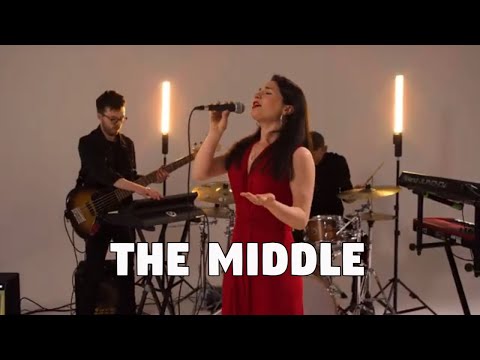 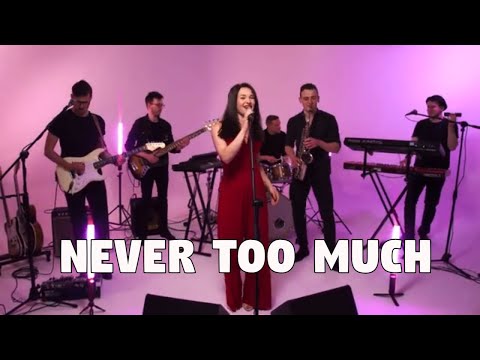 Ready to get the party started? Look no further than Feelin' Good! Passionate performers of the greatest pop, soul and disco hits alongside your favourite modern party anthems!

Playing everything from Bruno Mars and Lizzo to Aretha Franklin and Stevie Wonder, this premium band takes pride in delighting audiences across the globe. Led by their incredible singer Gaby and backed by the equally charismatic band they guarantee non-stop dancing, an unforgettable gig atmosphere and top of the range sound and lights.

Not just an event band Feelin' Good members have performed in the West End, toured internationally and co-written songs for chart-topping pop artists. Young, fresh and vibrant, if you’re searching for a fun band who gives it their all and puts on a superior show, then Feelin' Good is a surefire winner.

As well as having a versatile playlist, their line-ups range from a 4-6 piece band providing budget conscious options as well as a flagship 6 piece band. Feelin' Good standard 5 piece line-up is perfect for all occasions and great value for money featuring a female singer, keyboards, guitar, bass and drums. 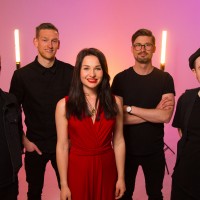 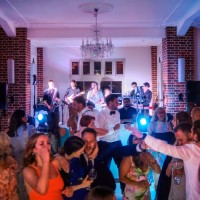 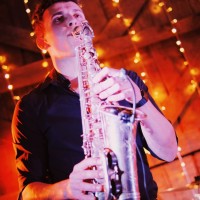 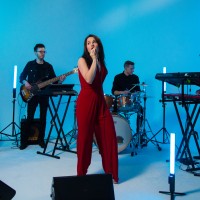 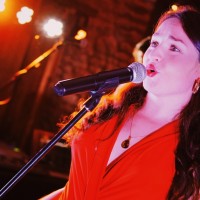 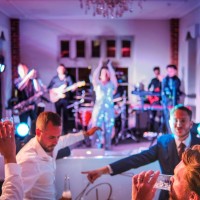 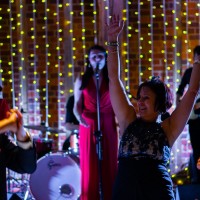 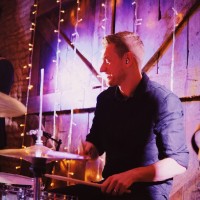 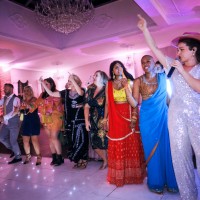 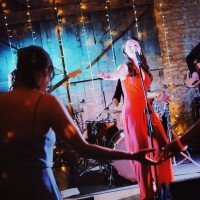 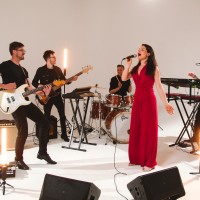 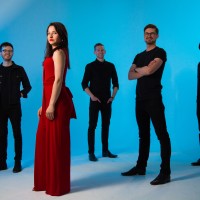 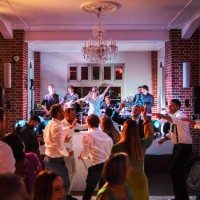 The group were excellent extremely and helpful with playing the music for the Feathers dance group. I found Warble easy to work with and very helpful with the continued changes of date due to CoVid.

The group were excellent extremely and helpful with playing the music for the Feathers dance group. I found Warble easy to work with and very helpful with the continued changes of date due to CoVid.

Excellent music, got involved with the crowd, we all had a great time!

Feelin' Good were a great band with really good dance floor filling tracks. They were a major contribution to the great success of our 60th birthday party. Very nice people too. We'd highly recommend them to all.

Feelin' Good took our party to heights we couldn't have imagined! They have a great repertoire, created an energetic and fun atmosphere that had people dancing almost as soon as they started playing their first set - unusual and very impressive. They were very helpful, fixing an important technical problem we had that threatened a tribute presentational video. They really engaged with our party guests and kept the fun and energy going all evening. I would recommend these guys for any party.

Feelin' Good were absolutely brilliant for our "90th" birthday celebrations. After a quick catch up on the phone to go through favourite songs, they played (to perfection) every song that we requested and many many more of our favourite tunes. All of the band were so very lovely and fantastically talented. Everyone was on the dance floor and the Dance-off competition was great fun (even if I was robbed!!). Thank you so much for being part of our Birthday celebrations.

Feelin' Good were fantastic as the band for our wedding! They played a range of dance floor hits so there was always something for everyone. The fact that they brought their own excellent sound and lighting system with them was also a big bonus. Brilliant musicians, nice people to deal with and very professional service. Thank you!!!

Amazing band! All our guests loved them and danced through all their sets! Thank you!

They were brilliant!! We had so many compliments about the choice of band. You had everyone up dancing like we had hoped for and had exactly the right attitude to the whole thing. Clearing the floor for our dance routine, arranging a dance off, managing a DJ set, they nailed it. My wife and I thought they were superb and several people said they had never seen a dance floor so full for so long at a wedding. Would happily recommend them to anyone!

Planning an event?
Looking for a band to create that party atmosphere and have everyone dancing all night? A professional and reliable service that is flexible and puts you first? Then look no further! Whatever the event, Feelin’ Good can cater to all of your needs and create a package specific to you. With years of experience playing countless weddings, parties, and corporate events, they know what makes for an unforgettable experience and how to make your night.

Can you offer a bespoke service?
Feelin' Good know that having control over your event is important to you, so they provide a thorough pre-event check and a range of booking options. They'll get in touch a few weeks before your event, check, confirm and update any details that were arranged at the point of booking. They'll take your requests for the live set and DJ sets including custom DJ playlists if you want to set the mood for the whole evening. They'll ask what the dress code is so whether it's a formal black tie event, a smart wedding or a casual party Feelin' Good will look the part!

Do you take requests?
Want Feelin' Good to play that special song but forgot to mention it before? No problem, they can take specific song requests from outside of their repertoire during the pre-event check. Want them to get there early and set up before you arrive, or carry the party on until after midnight? They can do that too!

Once you're happy with everything they'll make any necessary changes to your contract and see you on the day. Remember, Feelin' Good know it's all about you so on the day if you want to change something they're happy to help. In their experience, schedules often change on the day so they endeavour to be flexible with set timings and to work with you or the event manager to give you the best possible night!

What does your standard package and line-up include
Feelin' Good's standard performance package includes everything you need to create the perfect party atmosphere! Clients can expect all of the essential services that a professional band would supply including:

95
Shropshire
You don't have to choose between epic rock guitar and funky saxophone... With Supercharged you can have it all!
From

2
Leicestershire
Six core members, five singers! Gigawatt are one of the UK's most energetic, diverse and entertaining cover bands!
From

44
Nottinghamshire
Soulfire offer a much less rigid approach than other wedding bands, recreating your favourite songs with flare, creativity and fluidity.
From