Ian is an award-winning close-up magician and cabaret performer, as well as a member of the prestigious Magic Circle. 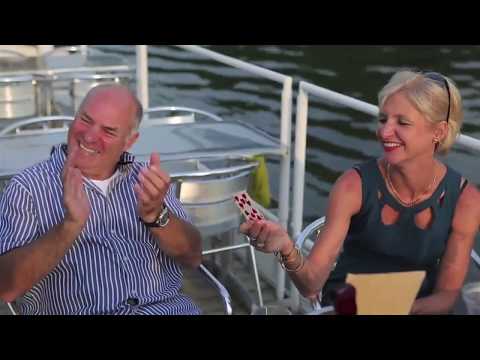 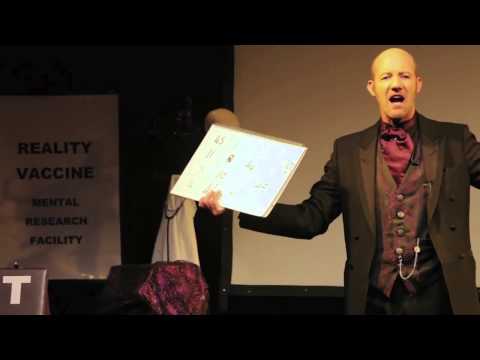 On behalf of DRS we would like to say a massive thank you for attending our Christmas party and providing fantastic entertainment for the night. We're all still trying to work out just how you do it, we may be a while!

Ian was always fascinated by the mind, even as a youngster, so whilst his peers climbed up the corporate ladders, he threw myself into learning about how the mind works, from attending courses in mind power, memory work to NLP and hypnosis. It struck Ian later that his skills as a magician which he had been honing since a young lad, and all the 'Mind' knowledge he had acquired could be fused together to create some powerful entertainment. Ian entered a magic competition and won the Paul Pearman cup for the Most Entertaining Act in the Home Counties, followed by auditioning and gaining membership to the prestigious Magic Circle in London.

His close up act consists of a unique blend of close up magic with everyday objects, with the illusuion of mind reading called mentalism. His mentalism show has plenty of mind boggling illusions along with plenty of wit thrown in for good measure. It consists of a fusion of magic, suggestion, body language reading, observational skills and a healthy dose of thinking on his feet! 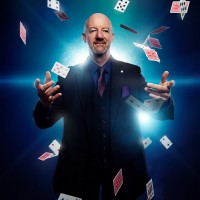 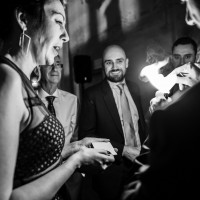 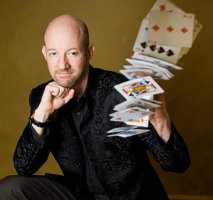 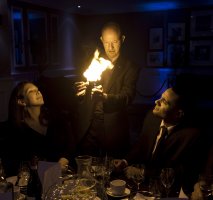 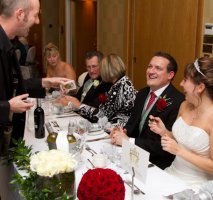 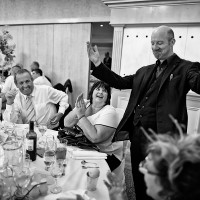 From 50 to 100 people, 2 hour slots are ideal. Prices are based upon 2 hour slots. If you have more people, then bookings can be made for extended periods. In some cases an event may like to end with a small stand up piece, usually included within the 2 hour framework. A peformance space is required with the performers back to a wall or curtained window is ideal i.e. not surrounded.

For a stand up show, schedules may vary from a 15 minute short piecve to 45 minutes. Space needs to be provided as above.

Thank you so much for being a star throughout the drinks reception. Everyone absolutely loved your magic and it really created a great atmosphere for the afternoon. It was such a fab day, I hope to use you again.

Thank you so much for being a star throughout the drinks reception. Everyone absolutely loved your magic and it really created a great atmosphere for the afternoon. It was such a fab day, I hope to use you again.

I met with Ian initially on the first day. He was personable, very organised, professional and had some great magic! I received great feedback from everyone involved. It was also thought was a great initiative so hopefully we will book Ian again on another event.

Really good. Very subtle and clever magician - had everyone spellbound!

On behalf of DRS we would like to say a massive thank you for attending our Christmas party and providing fantastic entertainment for the night. We're all still trying to work out just how you do it, we may be a while!

Generally for an event such as a wedding or corporate event, 2 hours of magic is sufficient to cover the recpetion period, introducing people to each other and breaking the ice followed by table magic inbetween the meals. Nothing worse than being asked to 'pick a card' whilst you are popping a potato in your mouth!

Sometimes folks like to have a stand up piece of magic in the beginning or end of the evening after dinner. This may be entertainment on it's own, or after some close up magic. My advice is not to have a show too late as guests are usuually happy to chat amongst themselves and also on occasions, guests have inbibed a fair quantity of alchol and this makes concentration a little difficult!

If you are wondering when to have a magician at a wedding, my experience is at the reception, when folks are meeting eachother for the first time perhaps, and it helps breaks the ice. It also fills the gaps when the couple are having photos taken. This would be then follwed by magic inbetween the meals. On a number of  occasions I have been asked to do the post-reception celebrations. That is fine too, but definitely before the disco starts!

162
Surrey
A professional magician should have great reaction shots, impressive show reels, fabulous reviews… But what Stephen offers is much, much more!
From

20
London
Neb is an established, professional magician, who has stunned audiences at countless corporate events, weddings, private parties and festivals.
From

17
London
Adam is a London-based, award-winning close-up magician who captures and directs his audience's attention, leaving them surprised and baffled but always entertained.
From