Luciano Lanetti delivers the perfect musical backdrop for any event, from soft and relaxed to upbeat and feel-good. 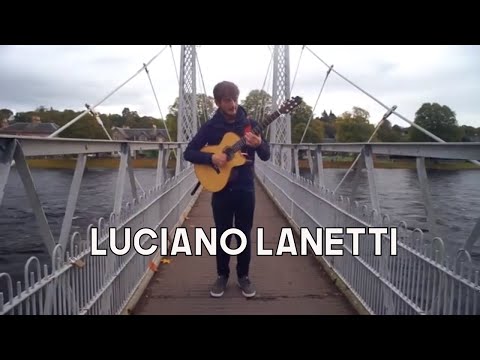 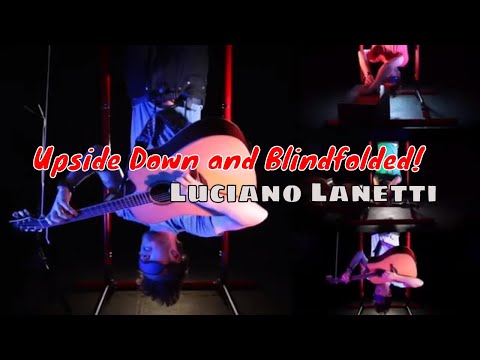 Luciano first began playing guitar at the age of 8 years old casually after being fascinated by his fathers impressive effects pedal board. He played casually for a few years until being shown the work of various jazz artists - especially Django Reinhardt.  After that point Lewis spent countless hours playing, mastering his technique and building repertoire in all genres. He now tours constantly playing a mixture or Jazz, Gypsy Jazz, Funk, Pop, Blues, Latin, Folk and modern finger style guitar.

Luciano also took up the double bass along the way and can often be found swapping his guitar for an upright and laying down solid grooves.

Over the subsequent years Luciano developed a distinctive style which has led to him play on recordings alongside artists such as; Brett Garsed, Hank Marvin, Ben Travers, Paulus Schafer, Paul Gilbert, Stian Carstensen, Derek Jones, Pete Lesperance and Michael Paouris as well as appearing at internationally renowned festivals like Cheltenham Jazz Festival, Manchester Jazz Festival, March Manouche, The Vintage Escape Festival/IGGF, Swansea International Jazz Festival as well performing at countless jazz clubs and restaurants.  He has also appeared on local and international TV, being interviewed on "That's Manchester" and providing music and performing on Channel 4's hit show "Come Dine with Me."  Additionally he has toured the UK & Ireland, USA and Europe. 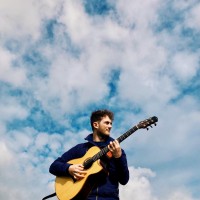 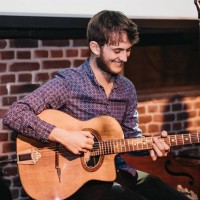 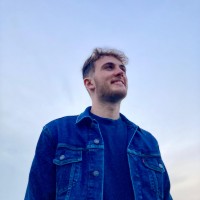 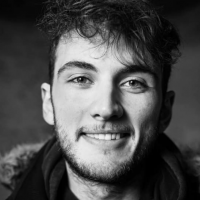 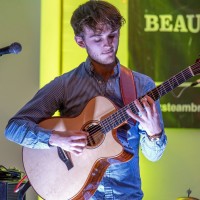 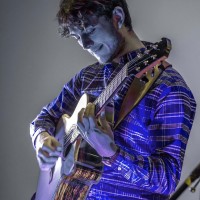 Luciano Lanetti provided the background music for our wedding ceremony and the following garden party. His performance was exceptional and fitted in perfectly with the vibe of the day. We’re so grateful for him learning the unusual piece of entrance music. A truly talented guitarist who makes every song easily recognisable and enjoyable. Thank you for being a part of our special day.

Luciano was perfect. He was prepared, relaxed and the music helped to create the exact atmosphere that we had hoped for. Someone described the event as a 'New York, roof top wedding!

Can you play fully acoustic?
Yep!  I specalise in solo guitar as well as using bigger, loop pedal setups!

The venue doesn't have power, will you be loud enough?
I have a battery powered, portable amp that I can bring  with me so I can play anywhere you would like!

Can I request a song?
You may!  I'm happy to learn and arrange a special song for you at no extra charge!

1
Cardiff
Timothy is a young, vibrant musician specialising in high-quality performances of classical and Spanish music on the guitar.
From