The Reggae Legends Show has been running since 2005 and its popularity and reputation continue to grow with every performance! 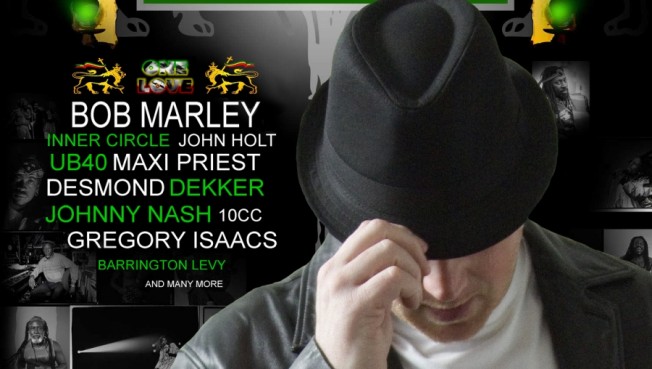 Shaun put the Reggae Legends Show together as a tribute to some of the greatest reggae artistes that ever lived. He believes in quality always. No fade out tracks are used in this show, allowing Shaun to deliver a heartfelt performance with impact.

All of the tracks used in this show have been made by carefully selected reggae producers and Shaun himself and they are as close to the originals as possible.

Much time and expense has gone into selecting the audio equipment that is used in this show, to ensure the best sound possible is created for any size venue, from a small club to a large sized marquee. Shaun has over 15 years experience as a singer and entertainer and has performed in countries such as Belgium and Holland over the years.

Reggae Legends was amazing - a great singer and was so accommodating on the day, would highly recommended him.

FANTASTIC. We loved Shaun, he made our wedding brilliant. Thank you.

Blew everyone away with his Reggae act. We had a number of singers as guests who all expressed what a wonderful voice Shaun had. Booking the Reggae act made the evening.

Excellent show and everyone enjoyed it.

The Reggae Legends was very good. The act got people up and dancing. An enjoyable night had by all.

Hi Marie, absolutely excellent! Made the whole evening - every guest asked me where I found Shaun and complimented how good he was. Shaun is an extremely talented singer and even more. Professional. It really was an honour and pleaure.

Where do I start, Shaun is extremely professional, and wow what a voice! He totally made the the party and all of the guests asked me where I had found him and said he was brillant! His voice is amazing his selection of songs were amazing! He was worth every penny and I am extremly grateful to Shaun for making my Husbands 40th so special!!!!

24
Cambridgeshire
Neil is one of the UK's most versatile solo reggae tribute singers, performing the very best hits from UB40, Bob Marley and many others.
From

3
Cambridgeshire
The ultimate solo tribute to the UK's best-loved reggae band!
From

6
Leicestershire
This one-man UB40 tribute show stands well above most others, with the star of the show, Shaun, sounding uncannily similar to Ali Campbell himself.
From

5
Cambridgeshire
The UK's ultimate Bob Marley solo tribute show performs music from over three decades from the king of reggae's wordwide hits!
From

35
Yorkshire
Blue-Heart Mitch And The Blazin' Jacks are the best wedding party band in the north, providing a wide array of songs from ska and rock 'n' roll to soul.
From