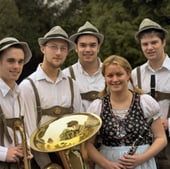 The German Oompah Strollers are one of the UK's leading Bavarian bands with over 30 years of experience. 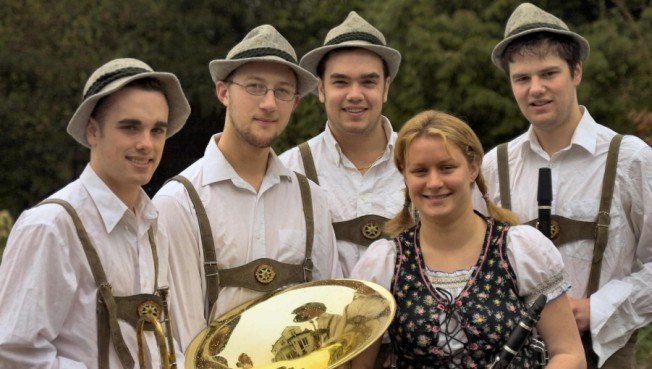 The German Oompah Strollers are one of the country’s most successful Bavarian bands and have been an established German Um Pah band since 1978. The band uses first class professional musicians and is based on a traditional Bavarian band consisting of 2 clarinets, trumpet, trombone and tuba, although the band can also perform with a 4, 6 or 7 piece line up adding accordion and drums.

The German Oompah Strollers’ main strength is German Bier Keller or beer cellar nights and they have a vast repertoire of both traditional and popular German music and English sing-along tunes. There are vocals in both English and German and they play in traditional German Lederhosen costume. The band can perform both indoors and outside and can stand, sit or stroll around a venue. They also provide a free German 1 litre stein hire service upon request.

The German Oompah Strollers have played at venues around the world including performances in Germany, Italy, the Channel Islands and Ireland. They have performed at many venues throughout the United Kingdom including Harrods store, the RAC Club, Skibo Castle, various Universities, The Royal College of Music, The Royal Netherlands Embassy, Battersea Bier Fest and the National Caravan Exhibition. The Bavarian Strollers have appeared on numerous TV shows including BBC’s Never Mind The Buzzcocks, Sport Relief and Sky 1’s Vroom Vroom and have appeared in several films. They have also recorded on the Olive Branch Label.

By The German Oompah Strollers 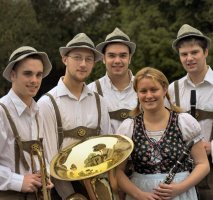 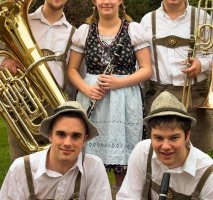 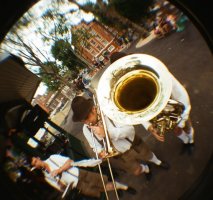 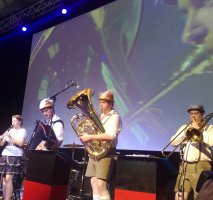 Very punctual, very east to brief etc. everyone enjoyed them and there was applause at the end of each part. Excellent to work with and highly recommended.

The band were great. They arrived at the venue on time and were playing as guests arrived for our reception. The guests loved them (especially our German guests). Thank you for entertaining us.

I thought the lads were great, very talented and great fun. Highly recommended.

Thanks very much to the band for last night, they were fantastic! They were very pleasant and polite to deal with. They really got people involved and everyone thought they were brilliant. They exceeded my expectations and don't think the night would have been as good without them. Thanks again! 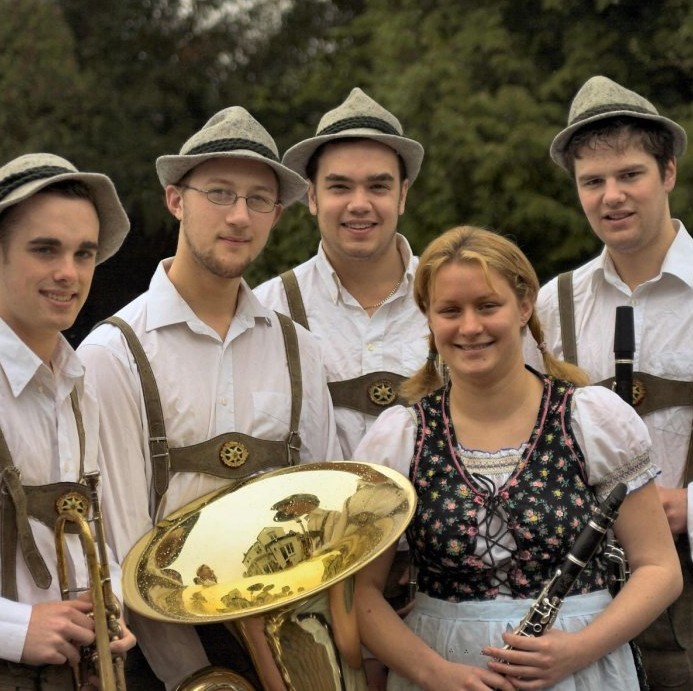 Do you provide your own PA equipment?
Yes, we bring our own sound system and can run it from stage saving money on sound engineers.

Do you play backgroung music during breaks?
Yes, we have a CD of Bavarian music we play through our speakers during breaks.

Do you perform in Lederhosen?
Yes, we have German Lederhosen which we wear on stage.

Are you German?
No, we're not actually German but we often convince people otherwise. 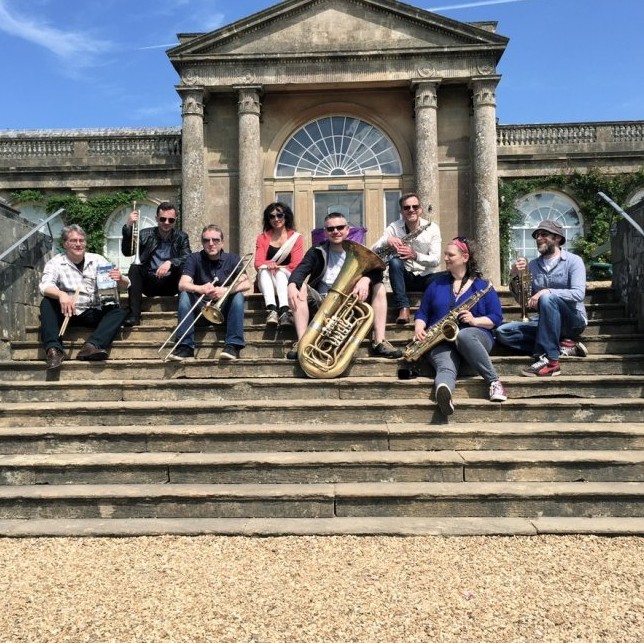 7
Bristol
A dynamic brass band performing New Orleans-inspired pop and funk covers in the style of the finest American street bands.
From 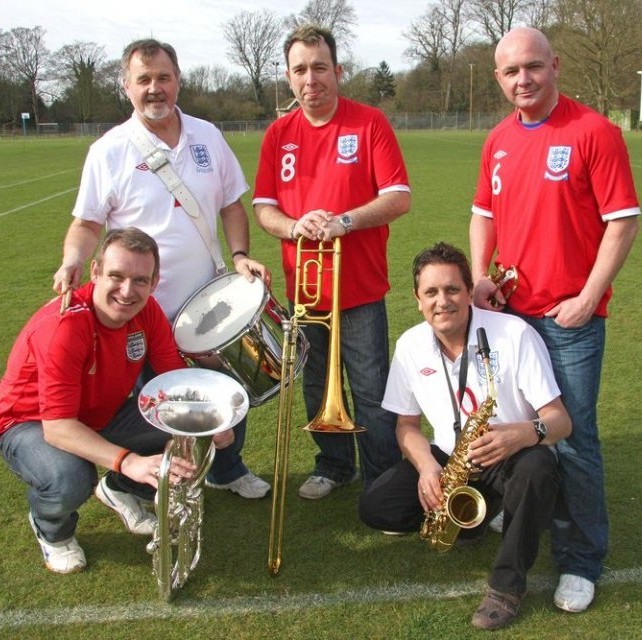 1
Kent
Football Crazy are the perfect entertainment choice for your Football match, Cricket match or any other sporting occasion
From 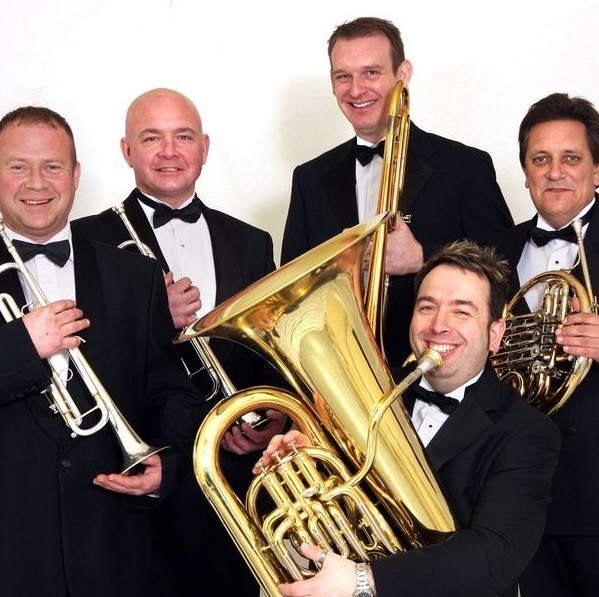 5
Kent
Stunning Brass are one of the leading brass quintets in the South East of England.
From 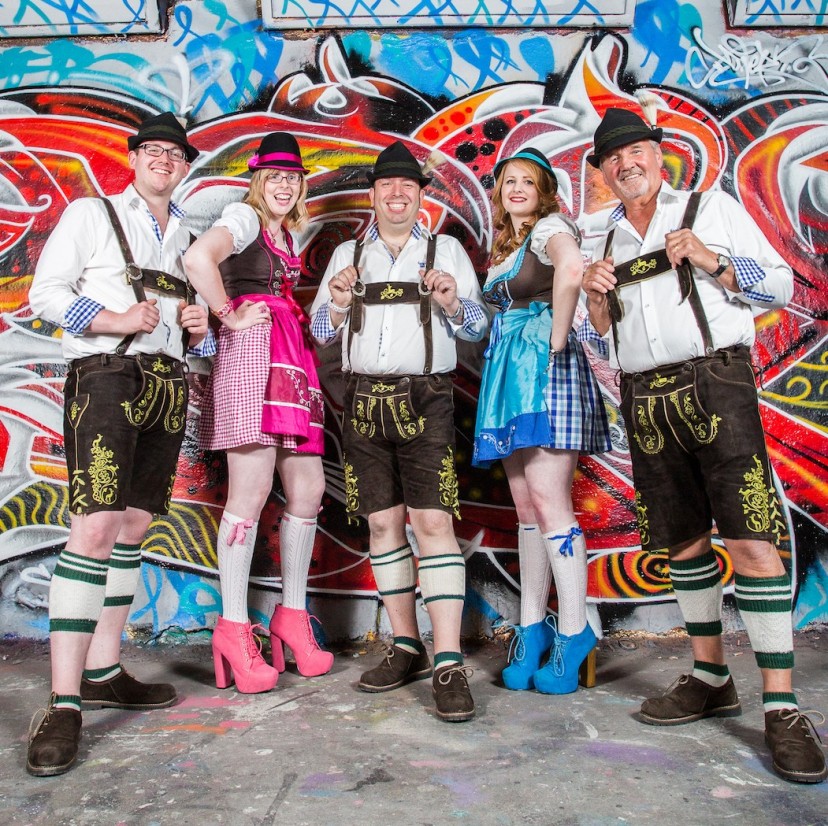 11
Kent
Bavarian Oompah Band travel nationally and internationally for Octoberfest events and parties and Weddings. The band can either play from a fixed stage area or roaming.
From