The Nutmegs are a fun and lively 5-piece festival band from Manchester. 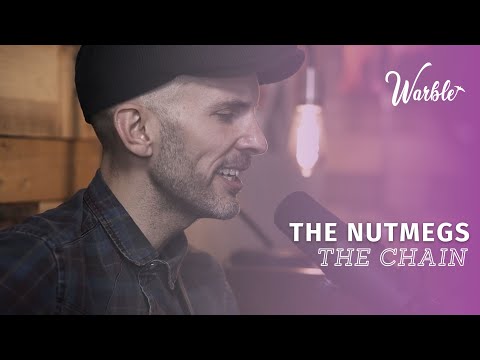 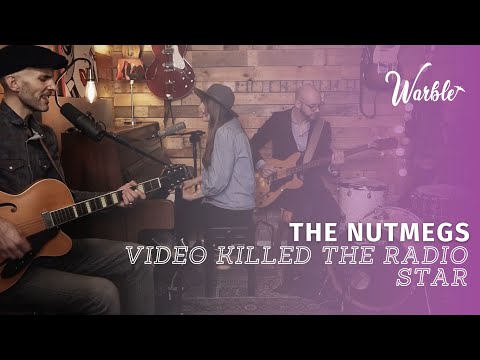 The band were really great, super music and got everybody going.

Really enjoyed The Nutmegs, they went down very well with our exhibitors.

The Nutmegs are an in-demand 4-piece acoustic party act, ideal for a rustic festival feel. All 4 members play instruments and front singers Paul and Helen (who are a married couple) choose songs from all genres to give the 'Nutmegs treatment' to. From Vampire Weekend to Destiny's Child, Fleetwood Mac to Johnny Cash, The Nutmegs have a song to get everyone on the dance floor.

They have previously toured Europe with bands such as Simply Red and have played at festivals and events all over the world. In 2016 they appeared in an Italian made film called 'Youth' with Michael Caine and Harvey Keitel, then went on tour in stadiums in Europe with Simply Red.  After the success in Europe, they went on to release an album with Universal Germany which was the album of the week on many national Germany radio stations.  The band have played at private and public gigs all over the world.

The Nutmegs specialise in playing songs that other covers band don't often play, with a stripped back 'acoustic folk' setup.  The Nutmegs fit perfectly into your event tepee/castle/back garden, and can offer a completely acoustic set if your event was in a field or up a mountain!  They are equally comfortable playing at a corporate event and have an impressive previous client list including the likes of Volkswagon, Mercedes, Mercure Hotel chain, AJ Bell, Hilton, The Taj Mahal Palace Hotel in Mumbai etc

If you’re looking for a fun, quirky band that will be remembered and enjoyed by your guests then look no further than The Nutmegs.

This band sound amazing! Beautiful acoustic vocals, the balance of a male and female voice worked so well. They sent us their song list before the wedding and we liked it all. They do a great mix of classic and modern songs through the eras to suit everyone. 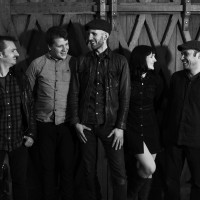 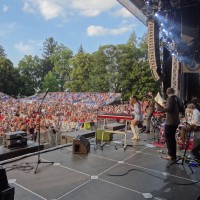 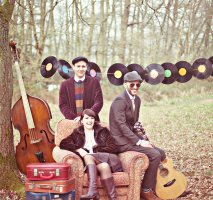 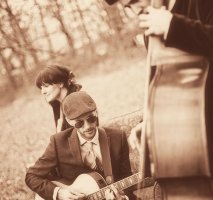 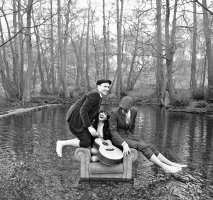 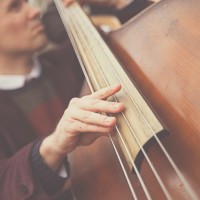 The Nutmegs really made my birthday, we had a fantastic evening, 10 out of 10. Everything you did for me, including organisation etc was very professional. Thank You.

Our guests loved the band and they kept everyone dancing the night away - even those that wouldn't usually dance!

Great music, always goes down well with our exhibitors. Very pleasant musicians to work with and always very punctual.

The Nutmegs really made my birthday, we had a fantastic evening, 10 out of 10. Everything you did for me, including organisation etc was very professional. Thank You.

What a great band! Paul worked with us really well in the build up to understand how we'd like the evening to be and on the evening the band were really great, super music and got everybody going. They were also really great with the young groupies they attracted (we had a lot of children at our wedding). I wouldn't hesitate to recommend them. Thanks!

This band sound amazing! Beautiful acoustic vocals, the balance of a male and female voice worked so well. They sent us their song list before the wedding and we liked it all. They do a great mix of classic and modern songs through the eras to suit everyone. We also asked them to learn some specific songs for us to make an entrance to which they did with no questions and they did them perfectly. We also asked them to move to a different location for the last set which they did so smoothly and we didn’t even notice them moving and re-setting up. They were the perfect addition to our wedding, all our guests loved the music and many guests complimented them!

Band were amazing! - couldnt fault them at all!

Our guests loved the band and they kept everyone dancing the night away - even those that wouldn't usually dance!

Everyone loved The Nutmegs! All our guests commented how great they were. Playing during our ceremony and drinks reception their sound and music played appealed to all generations which is why we picked them. In the run up, communication with Paul from The Nutmegs was excellent. On the day they turned up on time and acted impeccably. Not only are all three of them fantastically talented musicians in their own right, they are lovely, happy, friendly people who felt like guests. Just brilliant. Rated and recommended. Thank You!

Great music, always goes down well with our exhibitors. Very pleasant musicians to work with and always very punctual.

We booked the Nutmegs for my husbands surprise 50th birthday. I supplied them with a few of the bands/singers he liked and left the rest to the band. I opted for the 4 piece line up as the band are flexible in their size and charge accordingly. There was the drummer, lead guitarist, double bass and keyboards. All the band helped in the vocals which gave them a great range in the songs performed. The band played two sets of an eclectic mix of music tailored around my husbands tastes, adding similar themed tracks to the set. In terms of performance the band are faultless, perfectly executed songs delivered with the bands unique "cool, hipster" vibe. The band were discrete yet ever present, volume pitched at the right level, no need to shout over them. My husband and his friends were so pleased with the band and the set as it merged Johnny Cash into the Smiths and back to The Beatles with ease. From the 60s to present day they made the covers their own. This is not a typical "wedding band" and almost every person asked where did the band come from, thinking we somehow knew them as they were a cut above any of the typical bands you would get at this price or for this type of event. The band ran out of cards to give out. Not booking this band might just be the biggest mistake you will have never made... if that makes sense. Thanks again to the band for making a special night extra memorable. 10/10.

Really enjoyed The Nutmegs, they went down very well with our exhibitors, visitors and the Organising team. They were just the right level of music around people who were talking and networking.

We booked The Nutmegs after hours and hours of research for the perfect band for our wedding and if we were to do it over again would not hesitate to make that same decision. We had a small wedding of just under 60 guests of all different ages and were after something that everybody would enjoy so it would be a night to remember. That was exactly what we got. One of my fondest memories will be dancing with my dad until the early hours, and he never dances! The kids were also pirouetting around the guests until it was way past bedtime! The band knew exactly what to play and everybody said how great the band was. Organised, on time, great set up, great feel and just really nice relaxed guys. Thank you so much for being such a big part of making our day even more memorable!

The Nutmegs were a fabulous choice for our Gala Dinner. They were professional, arriving well before time to ensure a seamless set up and most importantly played two brilliant sets, clearly taking into account our brief for the night and creating a relaxed and fun atmosphere. I would recommend them without hesitation!

Ready to book
The Nutmegs?

Do you provide a PA?
We have our own PA and are PAT tested and have Public Liability Insurance.

What about lighting?
We have our own lighting rig that fits with the image of the band (not a flashing disco ball in sight).

Can you provide music outside of your performance?
We can put music through our PA system so a DJ may not always be necessary. The music we put on between songs fits in with the theme of the band and is run through DJ software so there are no gaps between songs. We can also change songs on demand and react to the audience with various playlists.

Do you take requests?
We can learn songs on demand and turn them into our acoustic style.

What is your standard line-up?
Fees indicated here are based on the full 5 piece line-up.  For a smaller daytime act, please look at The Nutmegs duo profile page.

160
Manchester
The Cave are one the UK's premier wedding bands. Stylish, contemporary and guaranteed to make your day!
From

91
Shropshire
An upbeat acoustic duo that creates an extremely full sound from just acoustic guitar, violin and percussion!
From

48
Merseyside
Hope Town are a well-loved 3-piece wedding and functions band, based in Liverpool but available for bookings UK-wide.
From