The South Wales Harpist has performed for HRH the Prince of Wales, HRH the Duke and Duchess of Cornwall and the former Archbishop of Canterbury. 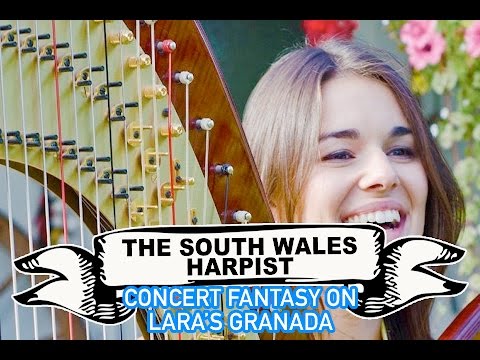 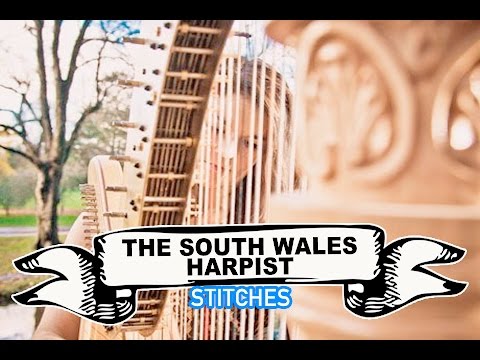 The South Wales Harpist received her degree (Bachelor of Music with Honours) from the Royal Welsh College of Music and Drama where she specialised in harp performance. She performs regularly at weddings, coporate events, funerals, anniversaries and birthdays.

The South Wales Harpist performs a variety of repertoire from classical and traditional to popular music and film music, and she is open to requests when it comes to repertoire for your event.

She has performed at numerous venues across the UK including Cardiff Castle, House of Lords in Westminster, the Foreign Office in London and has even travelled to Brussels, Belgium where she performed for the Welsh Government's St David's Day celebrations.

By The South Wales Harpist 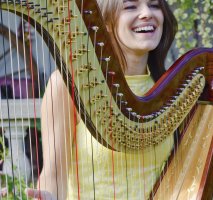 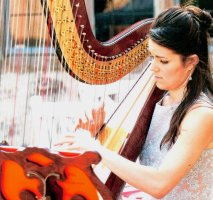 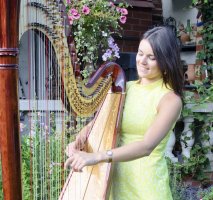 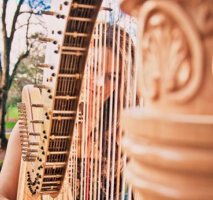 She played so well and beautifully, it was perfect!

Thank you so much for playing the harp at our wedding, you played it beautifully. Really made our day special! Thanks a million. Rosie and James Thomas.

2
Cardiff
As Warble's longest serving harpist, you can be guaranteed of a professional service with fantastic musicianship as featured on Chris Evans' BBC Radio show!
From

9
Somerset
You’ve set the scene, the table is laid, the drinks poured and the speeches prepared. Why not add the finishing touch by hiring one of the finest harpists in the South West.
From

7
Worcestershire
The Worcestershire Harpist has a broad repertoire of classical, popular, traditional and Bollywood music to enhance your special event.
From

6
Bristol
The Gloucestershire Harpist is an experienced and professional harpist, who has been playing at the finest venues in the South West of England.
From