People around the world have enjoyed watching Ash perform his dazzling routines, from football stadiums to corporate events and everything in between. 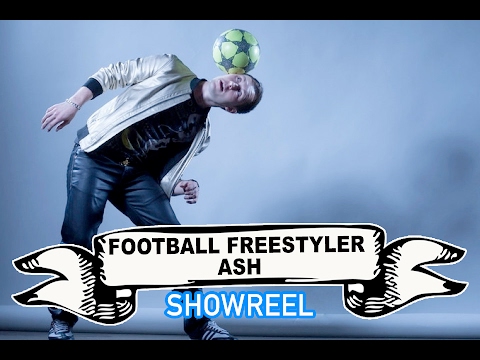 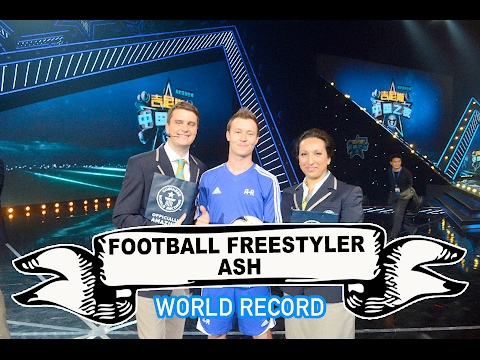 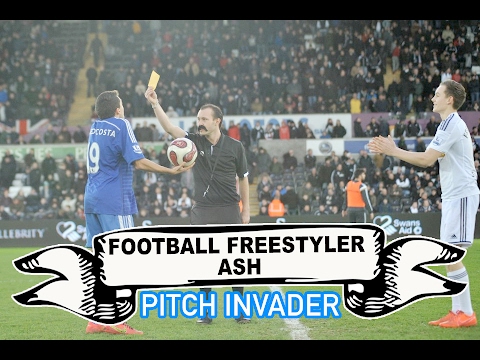 Appearing on TV in China to over 50 million people while breaking a Guinness World Record, completing a marathon juggling a football the entire way and touring Europe as part of an urban and sports interactive stage show are just a few of the things Ash gets up to.

Ash choreographed and performed a half time show at the King Power Stadium during the Leicester vs Chelsea game called 'Pitch Invader' - this show consisted of a 'pitch invader' run from the stands to disrupt a football freestyle show only to perform skills himself! This is the most viewed and talked about football freestyle half time show ever seen with over 7 million views online. Watch a video of the stunt on this page!

Ash is experienced in performing at live events and working with big brands.

With displays able to be tailored to each individual event, whether you are looking for a short energetic display, longer interactive display or even a newly choreographed display created just for your event, Ash is able to do this and more. 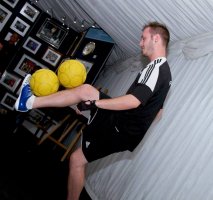 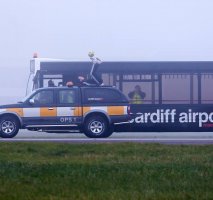 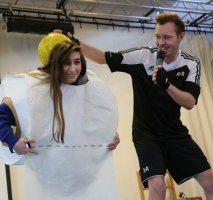 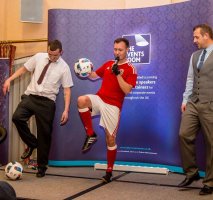 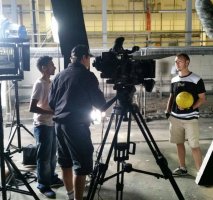 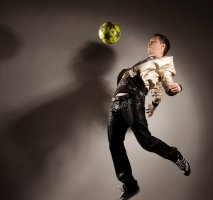 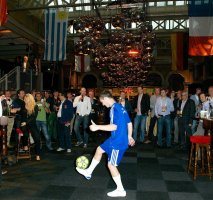 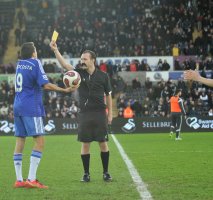 Live Shows
Ash performs on average 250 live shows each year - with this experience Ash brings confidence in presenting himself and performing. During a live show Ash will put on a football freestyle display to music followed by crowd participation. Displays can be tailored to fit any events needs.

Workshops
Ash runs football skills workshops at countless events each year. After seeing the football freestyle skills performed, many people will often like to try it for themselves. During a session Ash will focus on various ways to flick the football up from the ground along with skills standing up and sitting down and also football freestyle competitions.

His other clients include:

Ash has been working with us at each home game for the last 2 football seasons performing his fantastic skills for the fans in the club shop, family stand areas, corporate hospitality area's and choreographing incredible displays at half time which always go down a storm!

What does the daily fee cover?
The daily fee will be for a booking of up to 5 hours - display times and sets can discussed with in this time. If a longer booking is needed that is possible.

Do you need any equipment to set up?
All that is usually needed is a PA system to link up music and a microphone. All other equipment for the display/workshop will be brought by the performer.

How much space do you need?
Minimum space would be 6ft x 6ft - but the more space the better.

How long do workshops last and how many people can take part?
Workshops are recommended to last between 20 - 60 mins with approx 30 participants.

4
London
With his unbelievable skills, Colin has stunned and captivated crowds of all ages around the world.
From

1
Kent
Football Crazy are the perfect entertainment choice for your Football match, Cricket match or any other sporting occasion
From

5
Bristol
One brave man, one enormous balloon, one amazing show!
From

17
Manchester
A multiple Guinness World Record holder based in London, travelling across the UK and Europe performing jaw-dropping stunts.
From