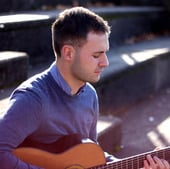 An award-winning, classical crossover guitarist and graduate of the Royal College of Music, Joseph has music to suit any occasion. 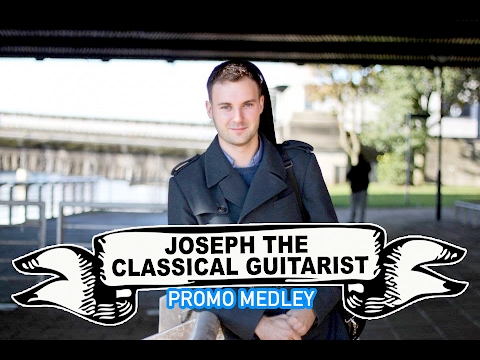 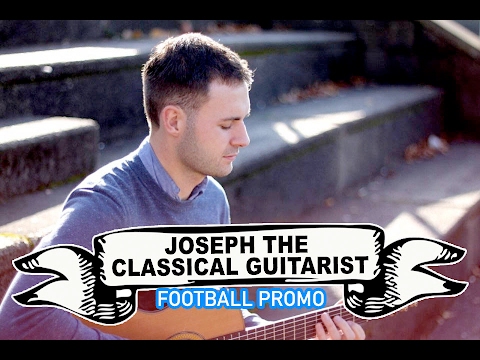 Hailed by Classical Guitar Magazine as "an accomplished young performer" whose "work is always of note" and by This Is Classical Guitar as "a fearless and exciting young guitarist with daring virtuosity and an intimate touch on the instrument”, Liverpool born Joseph took up guitar at the early age of 5.

In 2005 he was awarded a place at the world famous Chetham’s School of Music and 2007 saw him being offered a coveted entrance scholarship to study at the RNCM with Craig Ogden and Gordon Crosskey. In 2013 he graduated from London’s Royal College of Music with a Masters Degree in Performance with the help of generous scholarships from The Draper’s Company, John Lewis Fund and the Countess of Munster Trust.

Joseph has performed extensively throughout the UK as a soloist and chamber musician, giving recitals in prestigious venues including Bridgewater Hall, Capstone Theatre, V&A Museum and Bolivar Hall.

He has also been the featured concerto artist with many orchestras and ensembles, giving his debut concerto performance (Vivaldi's Lute Concerto in D) in 2011 whilst at the RNCM and going on to give his first performance of Rodrigo’s Concierto de Aranjuez with Southampton Youth Orchestra in 2013, to critical acclaim. In the same year he performed the ‘Aranjuez’ again in the opening concert of the Heswall Arts Festival with L’Orchestra dell’Arte. Joseph has also performed with Luton Symphony Orchestra, Sheffield New Ensemble, Bedworth Symphony Orchestra, New Forest Orchestra and Cheshire Sinfonia.

As well as being an experienced concert performer, Joseph The Classical Guitarist has also performed at many weddings, parties, restaurants, corporate settings etc. and is always warmly received.

By Joseph The Classical Guitarist 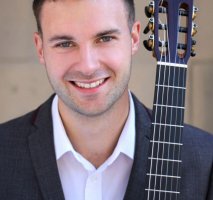 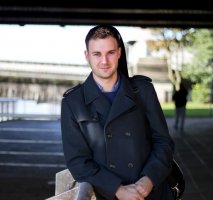 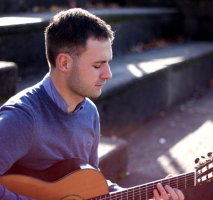 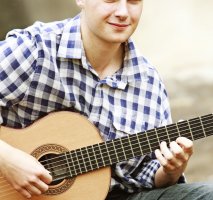 Joseph was great! He learned the song we wanted for walking down the aisle and it sounded fantastic. I would highly recommend booking him!

Joseph is really friendly and an outstandingly talented guitarist. He came down from Glasgow to fulfil his commitment to our booking and everything he played was amazing to hear and appreciated by all our guests. I'd love to hear him play in the future. 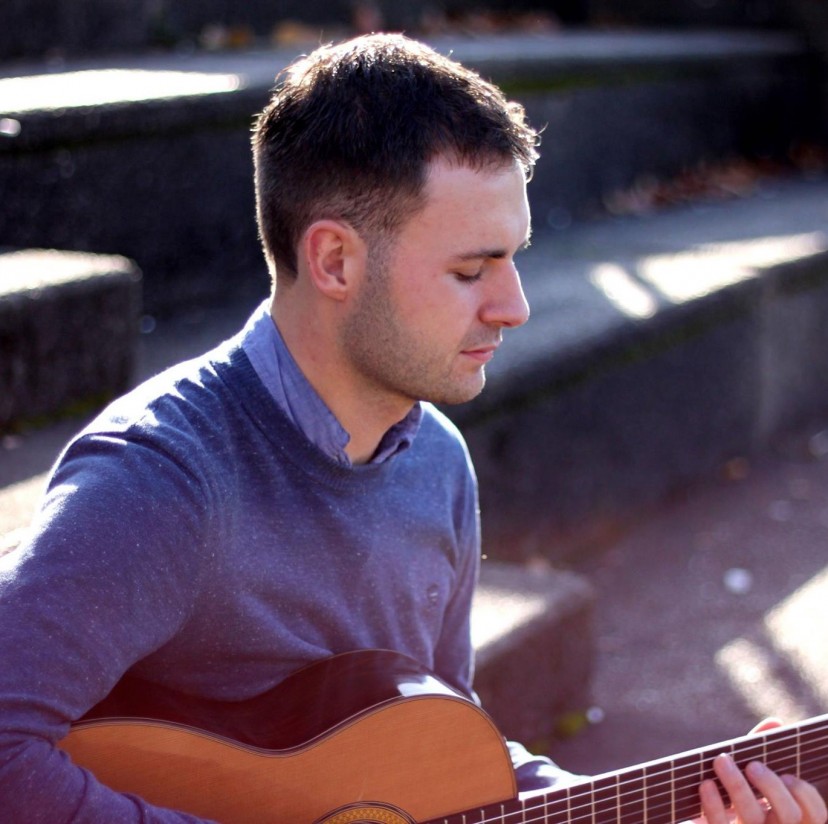 Can you suggest pieces suitable for my event?
Yes. Based on the nature of the event and the clients taste in music I can create a set list to suit your needs.

Do you take requests?
Yes. If the requested piece/s are in my repertoire already I will play them at no extra cost. If you would like me to play a single piece not already in my repertoire I will learn/arrange it for you at no extra cost. Two or more requests of pieces I don't know will be at an additional charge. All requests must be made at least 5 days before the event.

Do you provide amplification?
Yes, I use a small but extremely high quality 40W acoustic amp and provide my own high quality microphone, cables, stands, leads etc. I will require nearby access to a plug socket.

Can you play without amplification?
Yes, however in general this is not ideal as the guitars sound is one that is easily overwhelmed even by a few people chatting normally. Any more than 20 guests and amplification will be necessary in order for my playing to be audible.

Can I create a custom setlist for my event from your repertoire?
Yes of course!

Can you play outdoors and will you be heard?
For the most part, yes. Though depending on the amount of guests and size of the area I may need to be provided with more powerful amplification by the organisers.

Can we discuss/email details with you before our event?
Yes, in fact I encourage this.

Can you create a solo arrangement of our song for our event?
Yes.

How long do you require to set up?
I arrive 30 minutes (at the latest) before I am due to begin playing. Special arrangements can be made for me to arrive earlier if needs be, however a small addition to the fee will be made to compensate me for my time.

What requirements do you have for the venue?
I require an armless chair, preferably a piano stool. I need access to a power socket for my amp. A minimum of 2m x 2m area to perform in. If the venue is particularly large I may require them to provide a PA system to amplify me.

Do you require breaks?
Yes, every 50 minutes I have a 10 minute break. 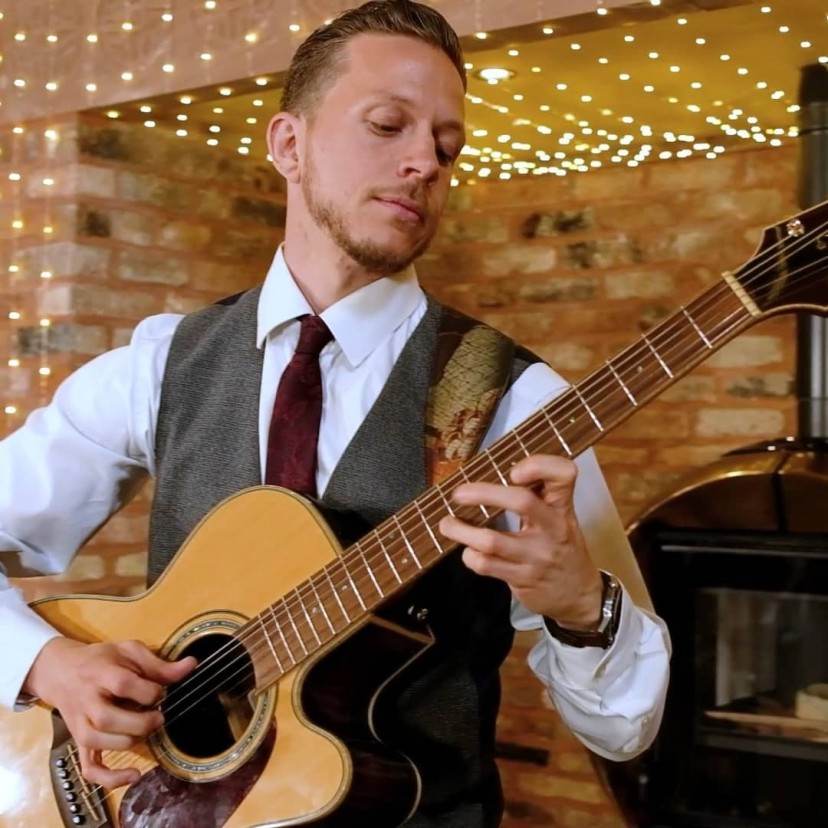 11
Cheshire
Adam James is an acoustic fingerstyle guitarist, perfect for bringing a unique twist to your favourite songs at any event.
From 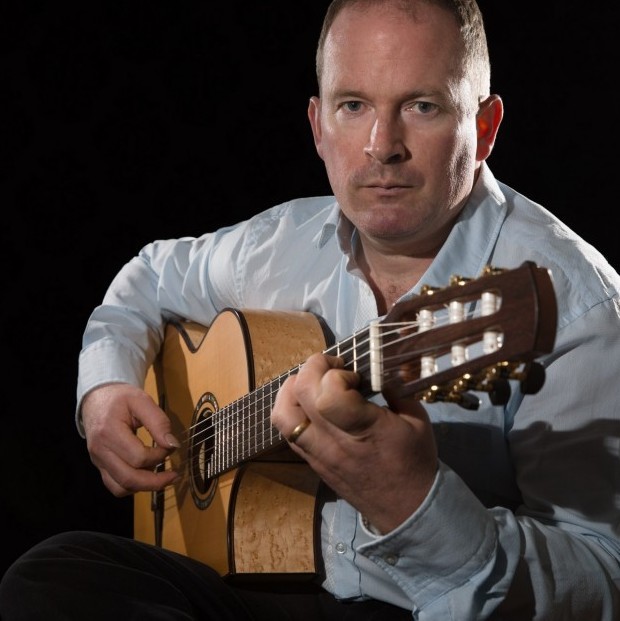 5
East Sussex
Geoff is based in Sussex, playing concerts and recitals as well as providing beautiful music for corporate functions and weddings.
From 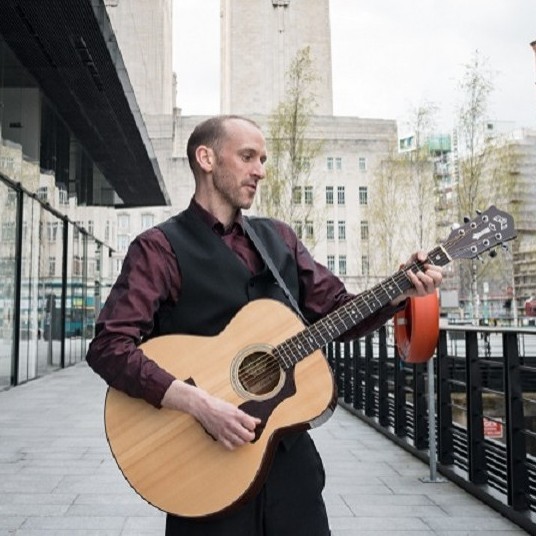 6
Cheshire
Rich is an outstanding and talented musician with years of experience and a wide repertoire.
From 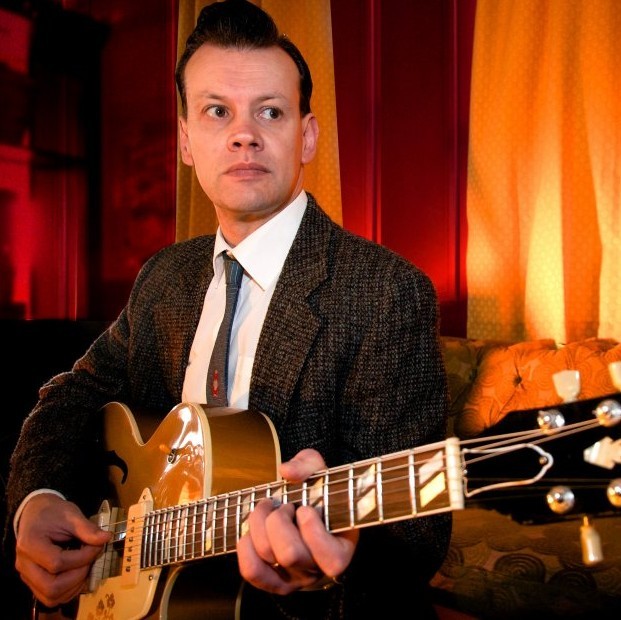 2
Northumberland
Swing Jazz Guitar captures the sounds and styles of some of the greatest musicians from the golden era of music.
From