Offering you dinner theatre that is perfectly performed and suitable for all types of corporate entertainment, special events and private parties. 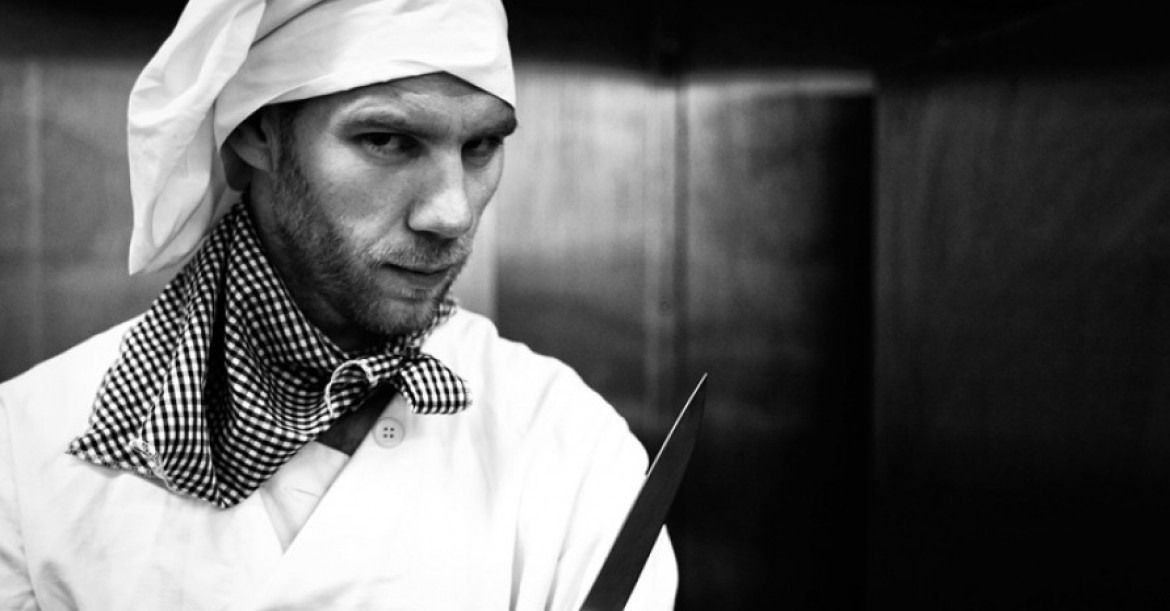 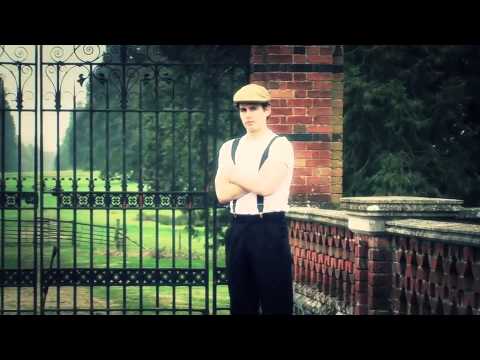 These unique, entertaining and hilarious performances can work in any location and for any number of guests.  Usually unfolding over dinner; your guests would be the key witnesses to a brutal murder and must attempt to discover the guilty party. Using top West End actors and a brilliant script - they offer an entire evening’s entertainment that is perfectly suited to any event. Most importantly however – it’s really really funny.

Forget Murder Mysteries as you think you know them – with clumsy plots, badly drawn characters, dreadful costumes and tired old performances.  Murder Mystery Theatre don’t turn up and make you play all the parts and they never improvise around a boring story. They leave all the amateur dramatics to others and offer a fresh dynamic revamp of this classic genre using some of London’s most talented actors. As such – they promise to deliver an entertaining drama that you would quite happily pay to see on a West End stage.

The best way to describe what they do is to think of it as a really good piece of interactive theatre. The entertainment begins during pre-dinner drinks, as the colourful characters welcome guests; allowing them to get acquainted with everyone involved. Foul murder takes place during a pre-dinner speech and one of the characters comes forward to host proceedings and lead the investigation. Guests are separated into teams to work together and hilarious short scenes are enacted over dinner as suspects are interviewed. Throughout the evening guests will have the chance to interview and interact with each of the suspects individually to help them form their conclusions. To help teams in their investigation they will be presented with a silver briefcase containing everything they need to run their investigation which includes beautifully presented information on each of the suspects.

Once all the suspects have been interrogated, your guests can offer their solutions. They must name the killer and explain his or her motive. Once all these theories have been presented we approach the moment of truth as the investigator reveals the real killer and the motive. Expect a dramatic confession and likely an attempt to flee the scene before the murderer is apprehended. Order is restored, a winning team is announced and prizes are awarded.

Murder Mystery Theatre use a minimum of four actors for a performance although they do recommend using their full cast of six. A performance would typically take place over dinner and last for approximately three hours although this can of course be shorter or longer as appropriate. Whilst they do cover the whole of the UK; they are London based and there may be a travel charge depending on the location of your venue. If your event has less than 100 guests then they can usually perform without amplification. For a larger event they can bring along sound engineers to ensure that the performance can fill any room. 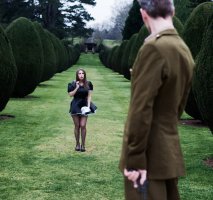 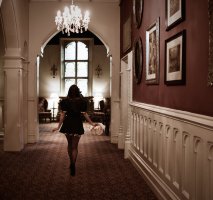 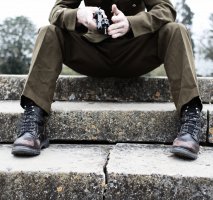 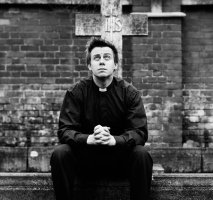 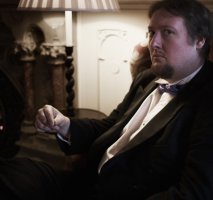 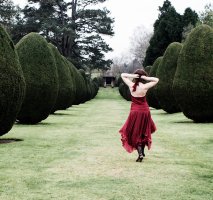 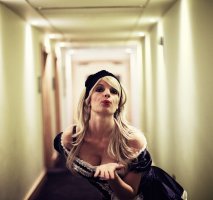 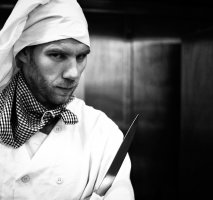 Murder Mystery Collective have done a lot of murdering over the years and as well as countless private parties; they have also killed many a person at a host of corporate occasions too.  Here is a list of just some of the ccorporate clients that have been witness to one of their shows:

This act was the perfect entertainment alongside our conference dinner. The actors kept the audience captivated throughout and were able to adlib hilariously to any heckles from the 'detectives'. The plot was great and developed throughout the night with added twists and turns, making the teams really have to work together and communicate to decide the murderer, with decisions changing throughout the meal. The act works beautifully around dinner timings, they introduced their characters to groups of guests at our pre-dinner drinks, and grandly moved the guests through to the dinner hall where they continued to set the scene, until the murder happened. Interrogations happened between each dinner course which worked beautifully with our dining arrangements, making it a seamless night from the venue, to the dinner, through to the entertainment.

Thanks guys for the stunning performance at our event - it set the tone with a humorous and a very entertaining evening had by all.

Murder Mystery Theatre offer several plots and stories that are perfectly suited to any occasion. They focus heavily on quality rather than quantity and deliberately limit the number of stories on offer to clients. This ensures that they have shows that are frequently performed with scripts of the highest quality and actors that are experienced at playing all the roles. Each of the scripts have been painstakingly written, rehearsed and perfected. Rather handily all of the plots can easily be adapted to fit the theme of your event!

Murder at Lovelace Manor
Our most popular story incorporates wonderful classic Murder Mystery characters in a traditional setting. Your guests have been invited to a charity evening held at the home of Lord and Lady Lovelace. Raising money for "the Lovelace Charity for Destitute Boys"; the eccentric Lord has decided to hold a dinner. With colourful guests including the trendy local Reverend and his inappropriate wife; you will be served by a Russian chef, a flirty French maid and a rather simple stable boy. The evening takes a turn for the worse as a horrific murder is committed. Through your guest’s deduction and the discovery of evidence, dirty secrets and sordid lies are brought to the fore. It is only with your guest’s cunning that this devious murder can be solved.

Murder at Pork Hall
This is a mind bending and hilarious murder mystery evening featuring inventive characters, quirky British humour and all set in a classic genre. Set in the sprawling mansion of newly rich Essex girl Lady Pork, we weave a tale of intrigue that will have you scratching your head until the thrilling denouement. Lady Pork is celebrating the birthday of her pet chihuahua, Princess Lambrini, in the only way she knows how; excessively! It is not long before a horrific murder takes place leaving your guests to get to the bottom of the crime and answer the age old question of 'who dunnit?'. Could it be the bumbling vet, the annoying milkman, the war injured captain and his spikey nurse, the indifferent Polish maid or even the stoic butler leading the investigation? Through comic scenes and baffling evidence, your guests must solve the mystery, lest the murderer escape scot free! So relax, enjoy and see that justice is done!

Murder at Shady Palms
All has changed at the Grand Hotel as this long established venue has undergone a controversial re-branding to become a Vegas style resort. You are cordially invited to attend the grand reopening to celebrate in keeping with its most lavish traditions. The eccentric owners have invited their most privileged guests to be served by a host of diligent employees featuring the Hotel’s renowned concierge, its bell boy, a flirty maid, the award winning bar-man and a long awaited musical performance from a famous lounge singer! Surely the evening will go exactly to plan with nothing untoward taking place? Expect an opulent evening with just a dose of heinous murder.

Murder at Chateau de Coq
The Chateau De Coq is opening its doors for one night only, and you are here-by invited. Duke Sausage (pronunciation: Sos-wah-jey) and his Parisian partner Pierre Petit request your presence at this exclusive gala evening to celebrate the launch of Europe's hottest new wine, Rene Pogel.There will be many high profile celebrities in attendance and the fastidious head of security will be expertly overseeing the evening with the help of his newlywed wife, the accountant. Should you need any physical assistance then please do flag down one of the identical Russian twins, and advanced apologies should the Dukes niece insist on a selfie with you. Finally, our guest of honour will be the Mother Superior who will most likely challenge you to a drinking contest - please be warned that she has never lost. It guarantees to be a memorable night and we look forward to seeing you there - the claret will certainly flow!

161
Surrey
A professional magician should have great reaction shots, impressive show reels, fabulous reviews… But what Stephen offers is much, much more!
From

34
London
The perfect surprise entertainment for your event, performing an impressive range of music with a set list designed to excite any audience!
From

10
Middlesex
Jon Sings is a solo singer and pianist for hire in Twickenham, Middlesex and throughout the UK.
From

250
Cheshire
Rich is one of the UK's finest caricaturists and one Warble's most popular with a stream of five star reviews!
From