The hottest Dixieland jazz band on today's scene, this act will make your event go with a swing and guarantee to make your guests smile. 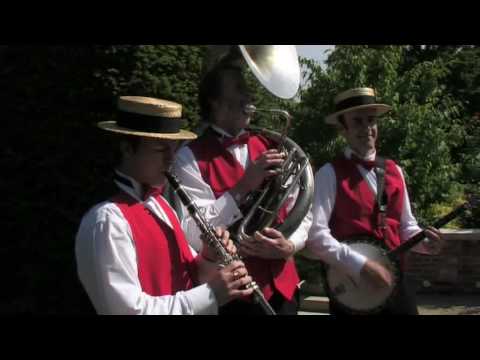 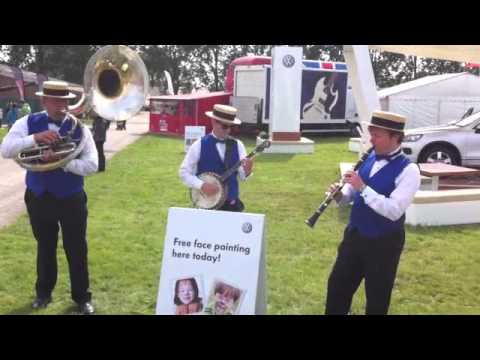 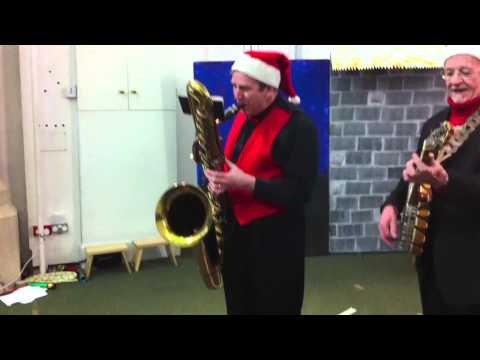 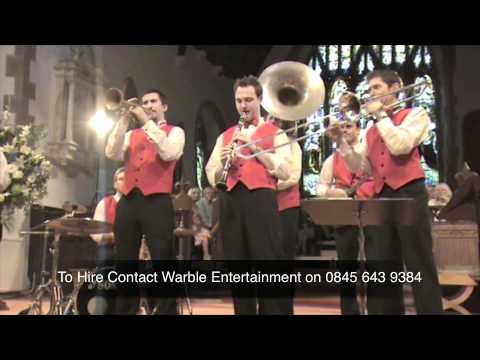 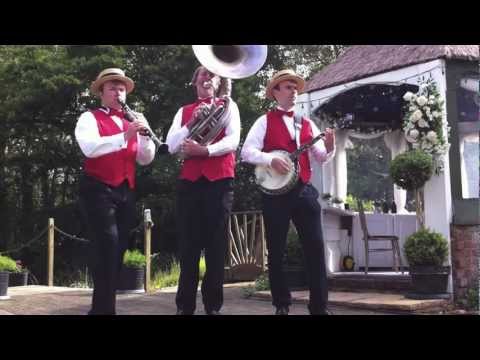 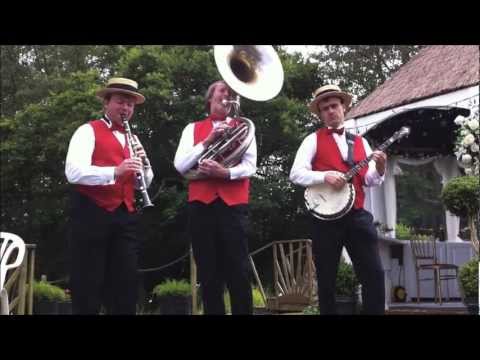 Street Seven have appeared on TV, including programmes and commercials for the BBC and Channel 4. Appearances on ‘The F Word’, CBeebies ‘Zingzillas’ and performing and recording the music on the recent ‘Big Brother’ Funeral advert. The band has performed for Her Majesty The Queen, Robert Smith (The Cure), Gordon Ramsay, Ray Winstone, Sir Ian Botham, Paul O’Grady & Cilla Black. The band perform at hundreds of events each and every year, including weddings, private parties, funerals, charity and corporate events.

The Street Seven Band were formed back in 2003 as a new generation of early jazz band. The ensemble contains today's young up-and-coming players, all of whom continue to revitalise the scene with their flair, excitement and enthusiasm. Their ability to acknowledge and reflect on the past but to create a contemporary sound is why it is one of the pre-eminent bands on the scene today. All members are full-time London professionals and some of the leading musicians in their field.

The Street Seven Jazz Band are building on a fast growing prestigious reputation for being one of the most reliable bands in the UK. Establishing a high level of consumer confidence, the band’s credibility in today's market is clearly evident from its extensive list of widely recognised and extremely satisfied clientele. 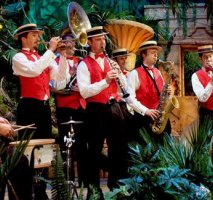 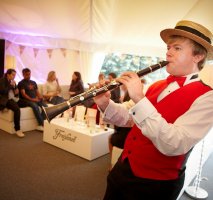 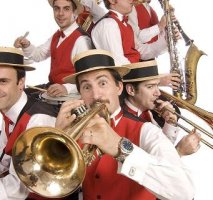 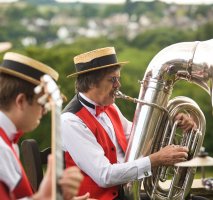 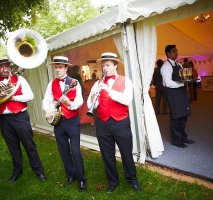 Cant fault comms or performance, I wish I had had more time to hear them play.

Just a short note to thank you and the band for a fantastic performance at our centenary do last Friday. Their repertoire was spot on and everyone made comment at how good they are and how well they suited our special occasion. Please pass on our gratitude to them and wish them well for the future.

Hi Tracey, Thanks. The band was perfect. They arrived on time, looked immaculate in their uniforms, played terrific music, were wonderful with small children, unintrusive and very adaptable to changing circumstances. As a wind player myself, I was particularly impressed how quietly they could play when they joined us in the main tent while we ate our desert. The band was a pleasure to have in our home and at our party, and they would certainly be our first choice for any similar function in the future. Many guests said how good the band was, and asked us where we had found them.

How much does the band cost?
The fee depends on the line up you hire, the length of the performance and the location of the event. Please contact Warble Entertainment for an accurate quote.

How long does the band perform for?
Usually our standard sets are 2 x 45 minutes, however we can perform 3 x 40 minutes or 2 x 60 minutes.

Will the band play requests?
Yes we will play requests if they are made 4 weeks before the event or at the time of booking (whichever is the longest). Any requests made on the day cannot be guaranteed however if we know it, we will definitely perform it for you!

Will the band perform outside?
Yes, provided the weather is satisfactory (as long as it is dry and not too cold).

What equipment does the band have?
The band travels light.

How much space does the band need?
The full 7-piece band needs a clear space of around 4m by 5m approximately. The 3-piece requires a 2m x 3m space.

Can the band march or walk?
Yes we offer full strolling options. When hiring a strolling option it is important that there is enough room for the band to move around the perfomance space and between the guests.

Will the band provide music inbetween their sets / during breaks?
The band can provide you with music during their breaks, though there is an extra charge for this. We can also arrange for music of a similar style to be played and are happy to bring along CD’s for you to use on your own CD player. Please let us know in advance.

2
London
The Street Swing Band is one of the best compact jazz bands in the UK, making it the perfect musical choice for your event.
From

6
London
The Street Dixie Band are building on a prestigious reputation for being one of the most professional bands in the UK.
From

7
Bristol
A dynamic brass band performing New Orleans-inspired pop and funk covers in the style of the finest American street bands.
From