The enchanting sound of the Celtic harp combined with the instrument's visual beauty enhances any event, creating the perfect atmosphere for weddings. 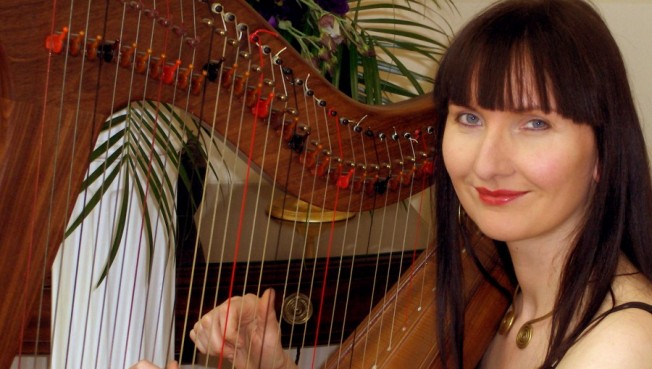 The Kent Harpist is an accomplished, professional harpist and has been performing for over twelve years. She studied with the renowned Classical harpist and tutor Mary Morley. Alongside Classical and Modern Composers her repertoire encompasses a breadth of popular Irish, English and French music.

The Kent Harpist launched her album ‘Celtic Harp’ whilst performing for the Celtic Journey Dance Sensation at the Marlowe Theatre in Canterbury 2007. Her harp is a beautiful Pilgrim Clarsach with a full, sweet tone which perfectly compliments the traditional music she specialises in. Her repertoire includes compositions by the most revered of Irish harpists: Turlough O’Carolan, whose music embodies the perfect marriage of Classical and Celtic styles.

The Kent Harpist works primarily as a soloist but has also toured with bands, played at festivals nationally / internationally and performed with string quartets. An accomplished singer she is frequently requested to perform songs accompanied by her own special arrangements on harp. She has a wealth of knowledge as a multi-instrumentalist and also plays fiddle and whistles professionally.

By The Kent Harpist 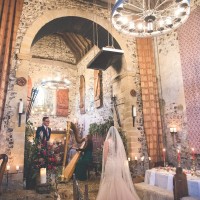 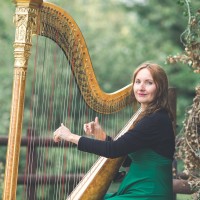 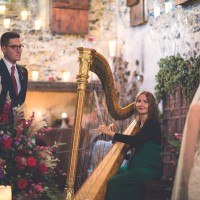 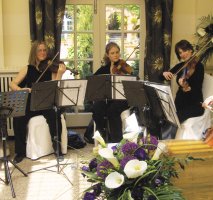 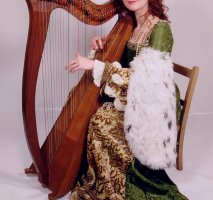 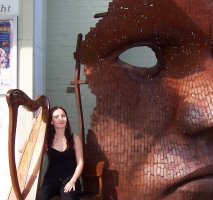 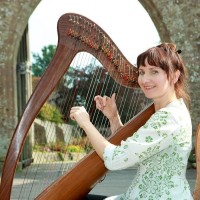 The Kent Harpist is the nicest person and has a stunning voice, her harp playing is exceptional. She was un-intrusive but well received. Our guests loved the music and it was our pleasure to invite her to eat with us when one of our guests failed to turn up, we just wish we had invited her to our wedding breakfast anyway. Everyone loved the music during our ceremony and drinks reception. She moved effortlessly between the venue and gardens and ensured there was music for us when all of the guests had been seated. Divine music and a lovely person. We would not hesitate to recommend The Kent Harpist to any of our friends and colleagues.

The Kent harpist was fantastic, she went out of her way to include pieces of music which we liked. She made our day so very special and we would highly recommend her to all!

A stunning performance during our wedding breakfast. Such a lovely lady and would recommend to family and friends.

Hi Marie, The Kent Harpist was fantastic a beautiful harpist made the day for my sister. Thankyou xx

Ready to book
The Kent Harpist?

The Kent Harpist can wear period costume when performing for events at castles or historic buildings if requested. The Celtic harp can be played acoustically or with amplification and is suitable for large or intimate gatherings, indoors or outdoors, with the possibility of the instrument moving to various locations during an event if necessary.

The Wedding Ceremony (approx. 1 hour in total)
Gentle music to welcome and relax the guests as they gather and wait for the ceremony (beginning 15 / 20 minutes before the ceremony).
Processional music for the entrance of the bride (played at an elegant walking tempo to accompany the bride down the aisle).
A selection of pieces during the signing of the register.
A celebratory piece as the couple leave the ceremony to begin the festivities.

Reception Drinks / Photos (approx. 1-2 hours)
A range of music to entertain the guests as they mingle and photos are taken.

2
Hampshire
Hayley the Hampshire Harpist is the perfect accompaniment to weddings, functions and parties of any kind.
From

4
West Sussex
The South East Harpist will enhance any occasion, be it a wedding, dinner, lecture, funeral, recital or charity event.
From

1
Sussex
The Sussex Harpist has delighted a wide range of clients with her soothing music, played on her statuesque gold harp, adding an air of refinement and relaxation.
From

3
West Sussex
The East Sussex Harpist is the ideal addition to weddings, corporate events and special occasions of all sizes.
From