The East Sussex Harpist is the ideal addition to weddings, corporate events and special occasions of all sizes. 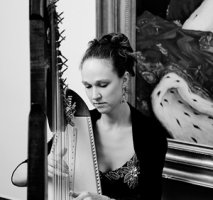 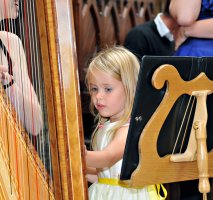 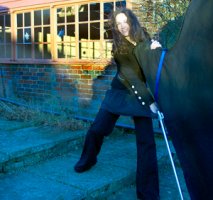 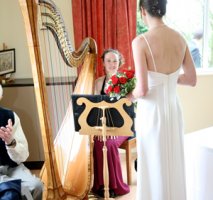 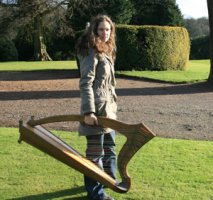 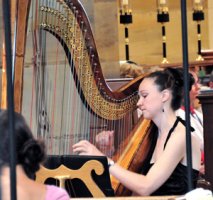 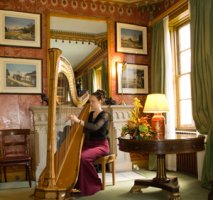 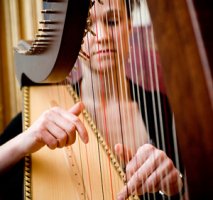 The East Sussex Harpist's playing has taken her across Europe and as far afield as Hong Kong and Chicago. Closer to home she has performed in tiny houses, large houses, marquees, cafes, hotels, churches, castles, the Cafe Royal, London's Carlton Towers Hotel, Kensington Palace, Sandhurst Royal Military Academy, Wembley Arena and The Royal Albert Hall. The East Sussex Harpist loves to play the harp, and values sharing her passion for music wherever she goes.

The East Sussex Harpist graduated with a First in Performance from Keele University in 2003. She was taught by Robert Johnson from the Birmingham Conservatoire, and then Thelma Owen, from the Royal Academy of Music. The East Sussex Harpist made her debut playing the Debussy Danses which she performed with Keele Philharmonic Orchestra in Paris and across Brittany. Since graduation, The East Sussex Harpist has been in demand for orchestral work, solo recitals, weddings, functions, Christenings and Naming Ceremonies.

As a composer, The East Sussex Harpist has collaborated with the Pericles Theatre Company since 2000, and written music for five major productions. The Children of Lir (2000), Bench (2005), Woman (2006), Pericles (2008), and The Nightingale (2009). The East Sussex Harpist performed her compositions at Wembley Arena in 2006 to celebrate the United Nations International Day of Peace. Other contributors at the event included Ruby Wax, Tania Bryer, Robin Gibb (Bee Gees) and Michael Timothy (Massive Attack).

By The East Sussex Harpist

The East Sussex Harpist was amazing, absolutely perfect. Thank you for playing my songs so beautifully... it was an emotional day anyway but I lost it (again) when she played Clannad during the reception. She played a special part in making my day the dream day I always wanted. So sorry we never got to speak in person to say thank you. The guests thought it was beautiful too.

Great, very professional and sounded great in the garden.

The East Sussex Harpist was a lovely lady who was not only a massively talented musician, but also a very charming person who was most happy to tailor her programme to include our favourite pieces of music. Although she was providing a "background" while people ate, her performance was much appreciated and several of the guests said how much they had enjoyed it. It lent an atmosphere of class and calm to the occasion that was wonderful. Several times one would suddenly stop eating and realise that what was being played was a beautiful rendition of a piece one had never heard played on a harp before, and it was very enjoyable.

5
London
An Irish harpist who plays for a range of events, including recording sessions, classical concerts, Asian events, weddings and corporate functions.
From

7
Sussex
Heather has over 15 years of experience performing at weddings, corporate events and other special occasions.
From

1
Sussex
The Sussex Harpist has delighted a wide range of clients with her soothing music, played on her statuesque gold harp, adding an air of refinement and relaxation.
From