Collective captivates audiences with their exceptional talent and exhilarating shows 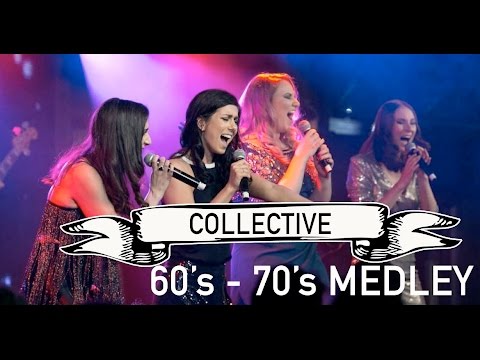 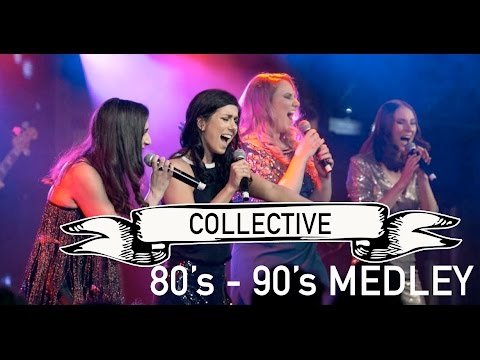 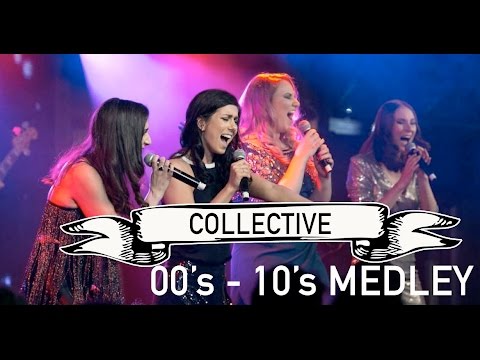 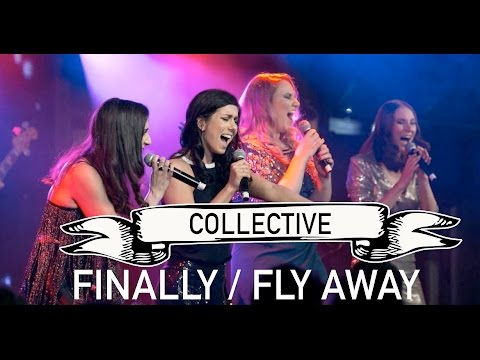 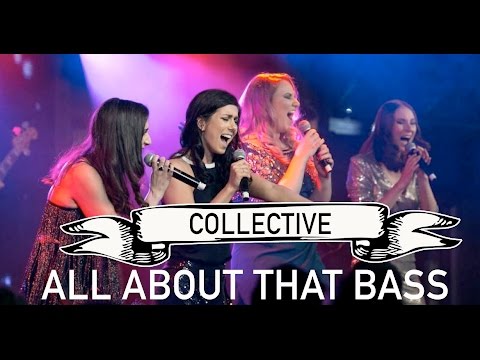 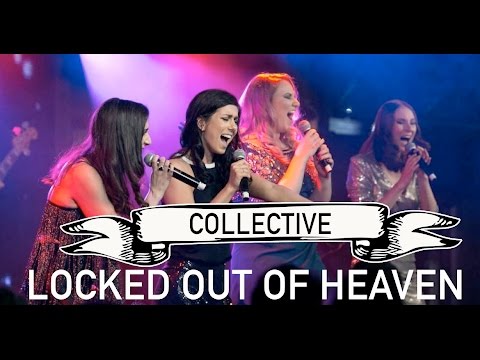 Collective are London's finest wedding and party band captivating audiences across the United Kingdom and internationally. Collective’s 2-12 piece live band can be found entertaining audiences throughout the United Kingdom as well as internationally. The band's talent, professionalism and high-energy performances makes them one of the most in demand live bands on the circuit, performing at more than 100 events annually including weddings, birthday parties, simchas, Jewish weddings, bar / bat mitzvahs, award ceremonies, Christmas parties, Halloween parties, staff parties, charity and corporate events.

Members of Collective have performed at famous venues like the Shepherds Bush Empire, Wembley Arena and the O2, and also on the renowned sultry stages of London’s gig circuit including venues such as the Jazz Café, Ronnie Scott’s, and the 100 Club. But the band are always ready to pop on their bow ties or glitzy dresses to perform at 5 star venues many of which they are already familiar with, such as The Ritz, The Dorchester, and London Marriott Hotel.

Collective is composed of a pool of the best sessions musicians in the industry, being both talented, experienced and professional. The band is led by stunning female vocals complemented with exceptional musicianship from our instrumentalists to match! As one of the finest bands in London and the United Kingdom Collective are incredibly versatile performing breath-taking renditions of the best pop, funk, soul, disco, rock, jazz, gospel, swing, lounge and Motown hits from the 50s right through to the current top 40.

Their prices include full PA (and use of the PA from the band's set up until midnight); complimentary music before, in between, and after live sets if needed; stage lighting; sound engineer; an off the menu song request; a tailored setlist; the band on site for up to 7 hours; and travel. The band is fully insured for up to £2,000,000 through MusicGuard, and all of the equipment the band use is PAT safety tested. 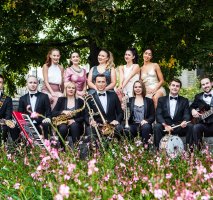 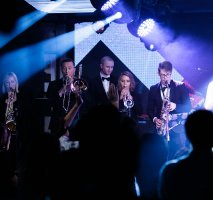 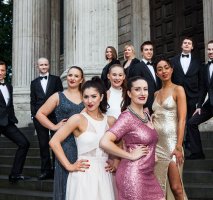 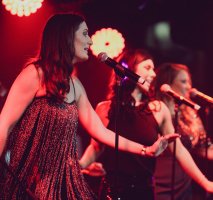 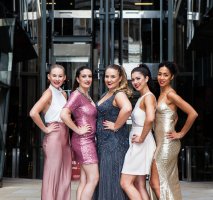 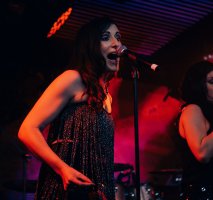 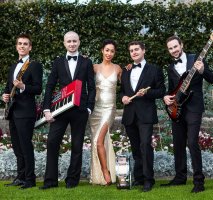 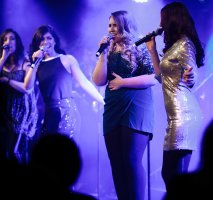 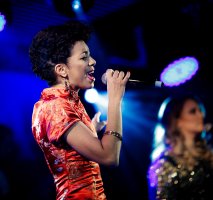 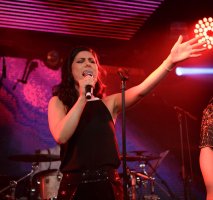 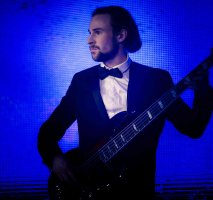 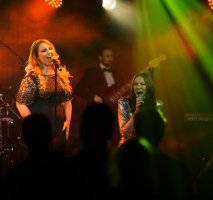 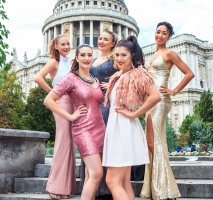 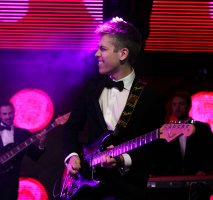 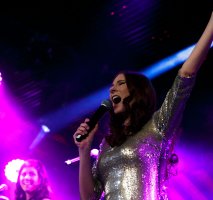 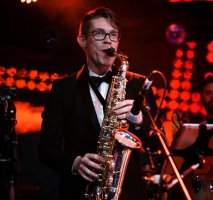 This big band added so much life to my evening reception. Best decision I made booking them!

Performance Space
Generally speaking a 3 x 6m space is ample for the full 10 piece band. However if your performance space is smaller than this we will most likely be able to position band members to accommodate everyone. The space sizes listed below can be considered as comfortable minimums for the band:

Travel and Accommodation
We are based in London, and are happy to travel to any gig within Greater London for free. We are always happy to travel further afield for a performance, and we do frequently travel outside of London for shows. We have set fees to cover our travel expenses and overnight accommodation if necessary.

Public Performances
The band tries to fit a showcase in every 3 months in Central London when their schedule allows.

Requesting Specific Musicians
Unless circumstances beyond our control occur the vocalists featured in our videos can be expected to attend 80-90% of live performances. For the occasions that they need to be replaced, we have a roster of equally talented vocalists ready to step in, many of whom are West End performers and The Voice finalists.

Choosing Songs
Please feel free to let us know which songs from our repertoire are your favourites. That way we can get a feel for your taste of music and we can design the set list around your preferences. Often a lot of songs that are favourite classics are actually dance floor killers, and it can be quite hard to get everyone back to the dance floor afterwards. Moreover we have designed set lists in particular ways with medleys integrated into them to keep your guests on the dance floor and to keep the party moving!

Band Members / Dep Performers
As a working band, we work with a roster of official 'deps' or understudies ready to step in at a moments notice should an unforeseen circumstance occur. They are professional well-rehearsed musicians representing the best talent out there, and for this reason we can guarantee the quality of our performance will not falter. It is actually not uncommon for us to rotate between musicians to allow for time off for holidays, and other projects. Therefore you can be safe in the knowledge that if a band member falls ill we will be able to have another member of our collective step in seamlessly.

Set-Up Time
The minimum set up time required is 60 minutes. However it's best to schedule in 90 minutes to mitigate any unforeseen issues that might arise. The band will work quickly to set up and sound check as soon as possible. Sound checking is very important for us as it means we'll be able to avoid poor sound quality, feedback, and other technical sound issues which could arise throughout the performance. A good sound check means you'll get a great performance.

Refreshments
All the hard work the band puts in from traveling to your venue, setting up, and working well into the night makes the band quite hungry and thirsty! So they would very much appreciate being fed and watered during a break. They don't expect a 3 course meal, and they don't drink on the job, but it's true that a happy band always results in a happy performance.

Sound Limiters
Sound limiters can be quite a problem, because they read bass frequencies more than anything else, and as soon as the bass drum and bass guitar begins the power will cut. If you are hoping to get people dancing at your event then we advise against hiring a venue with a sound limiter as it will really lower the tone quite a bit, and the band will be distracted trying to keep within the sound limits as to avoid tripping the power which will kill all the lights not to mention potentially damage our equipment.

2
London
Countdown are a sensational swing and soul band performing a huge range of hits from the Big Band, Rat Pack, Soul and Motown eras
From

21
London
Delivering fresh and funky sets of classic Motown, Atlantic and Northern soul - to get your party up and dancing all night long!
From

5
London
Resident Grooves comprise of London's top players who have years of experience performing at hundreds of events.
From

1
London
Lady Soul are a Motown and soul band for hire in London, South East.
From