Elizabeth is a talented harpist with a genuine passion for music, available for weddings, corporate parties and events of all types. 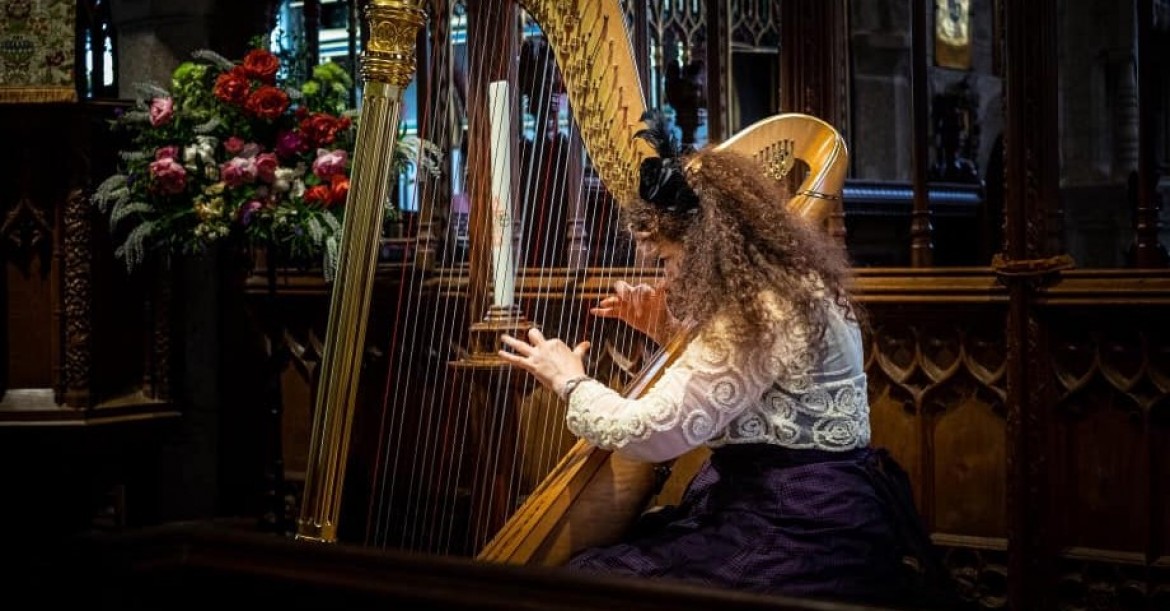 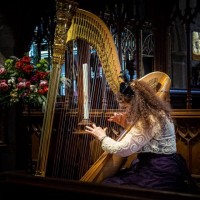 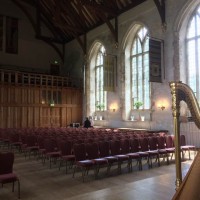 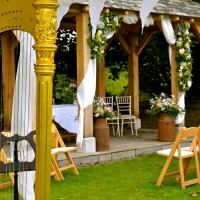 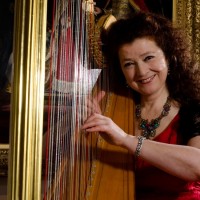 Elizabeth was born in Hampshire. She read music at Exeter University, travelling to the Royal College of Music in London for her harp studies. She now gives around one hundred performances a year from formal recitals in historic houses or on specialist arts cruises to weddings and funerals. Her compositions have been used by ITV, the BBC and by Irish, Japanese and Canadian film, radio and television. In 2006 she was the only British performer to be shortlisted for Best Classical Event Award in the combined Brighton Festivals, England's largest Arts Festival. In October 2007 she performed in the US to sold-out audiences.

Elizabeth's unique research into Victorian Fairy Harp Music has led to many quaint adventures - a CD with worldwide distribution; radio and TV broadcasts including a half-hour Radio 4 documentary; a West End stage show with actor Simon Callow for which she also wrote the songs; appearances at the Royal Academy of Art exhibition of Victorian fairy paintings and at Prince Charles' unveiling of the restored Elfin Oak Tree in Kensington Gardens; involvement in the major French exhibition Dragons, Elfes et Fées, and an appearance in the award-winning Canadian television documentary The Fairy Faith: all this and more besides making her England's unofficial Fairy Harpist!

Her uniquely rich tone on the harp has graced several film/ TV soundtracks including more than fifty episodes of ITV's magical children's series ‘Bernard's Watch’ which has been shown in over 30 countries including America, Canada, Iceland, Kenya, Iran, South Africa, Poland and Cyprus.

By Elizabeth the Devon Harpist

She was terrific. We got so many comments from wedding guests saying what a good addition she was. She was also really friendly, chatting away to guests and kids. Would definitely recommend.

Elizabeth was wonderful and played beautifully throughout and made our wedding day thank you.

6
Bristol
The Gloucestershire Harpist is an experienced and professional harpist, who has been playing at the finest venues in the South West of England.
From

2
Cardiff
As Warble's longest serving harpist, you can be guaranteed of a professional service with fantastic musicianship as featured on Chris Evans' BBC Radio show!
From

9
Somerset
You’ve set the scene, the table is laid, the drinks poured and the speeches prepared. Why not add the finishing touch by hiring one of the finest harpists in the South West.
From