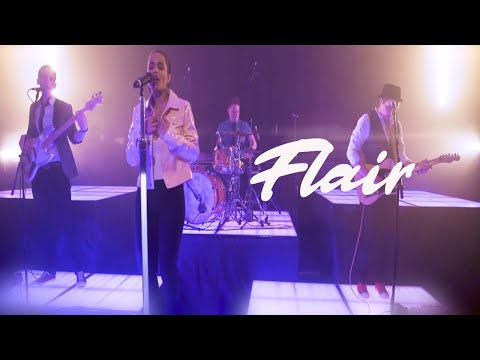 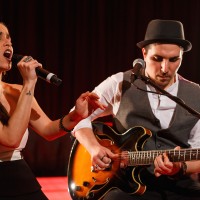 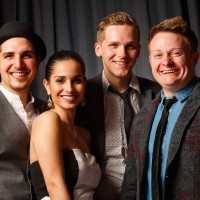 Flair is a new and exciting modern pop band that’s brought to you by Warble Entertainment, and they’re quickly carving out a reputation as one of the most sought-after acts for both weddings and functions. Flair can perform as a 3-piece band – featuring a guitarist providing vocals, a bassist and a drummer – or a 4-piece band that adds a female vocalist into the mix for some fantastic duets. As if that wasn’t enough, a range of additional musicians can be added to the line-up, allowing you to take advantage of an extra saxophonist, trumpet player, keyboard player, trombone player or percussion specialist, so this is a band that can easily match your preferences.

A Repertoire to Rock Your Event
Flair are renowned for creating a rocking atmosphere whenever they perform, and that’s in large part as a result of their extensive repertoire of songs. This includes anthems originally penned by renowned artists such as Bruno Mars, Ed Sheeran, Calvin Harris, Sam Smith, Michael Jackson, Aerosmith, Elvis Presley, Bon Jovi, Tom Jones, Guns & Roses, Status Quo and more, so regardless of your taste in pop and rock, Flair's talented vocalists and musicians can deliver an ideal setlist.

Fantastic band who blew our guests away. Everything we were looking for so a big thank you. Sorry I never caught you at the end to say thank you but we have already booked again so see you next year!

5
Surrey
Afterglow are the electrifying 6 piece that are storming events and filling dance floors worldwide. With an explosive set featuring dance anthems, club classics and massive chart hits.
From

3
London
Multi-award winning 4Tune are a London based band who perform at weddings, festivals and corporate events around the world.
From

3
London
Pop Centric have devoted their lives to producing and performing music, and together they make a formidable team!
From

1
Birmingham
The Party Beats are guaranteed to make your special occasion unforgettable!
From