An award-winning, contemporary band updating the classic Cuban/Latin sound and offering an irresistible set to keep the dance floor full. 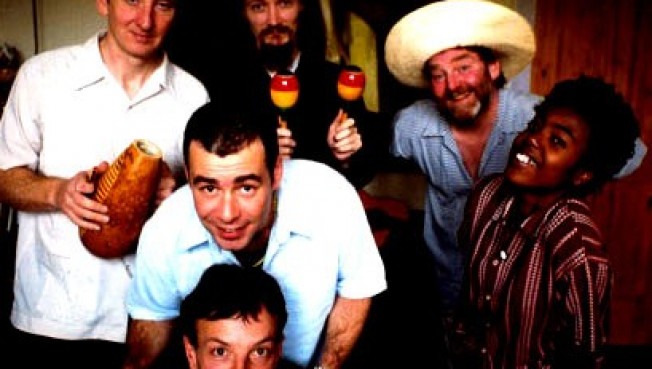 La Sonera Calaveras have established their name on the UK music scene with a highly unique and modern take on the traditional sounds of Cuban Music.

Originating from Glasgow, La Sonera gets a good dose of Sun, Wind, Rain, Floods and Snow. This mix of elements had tempered their character, helping them to become one of the most passionate bands on the scene.

Energetic, Distinctive, Fantastic Fun, Non-Stop Dancing, is just some of the words used to describe this innovative group of musicians who play music for music's sake.

The repertoire is a mix of original material and their own versions of traditional songs done in the Afro-Cuban way, with a strong Scottish Celtic flavour.

Influenced by the great Cuban music of the twenties and thirties, they have explored and evolved, making their compositions more of a reflection of today's Latin music. Their acclaimed debut album, Numero Uno! brings a fresh approach to Latin rhythms and melodies, and presents a collection of life stories representing the influence on the UK music scene of today's vibrant Latin Culture.

The band was great. They were exactly what we were looking for and were hugely enjoyed by all our guests.

1
Manchester
This Manchester-based band is experienced in providing Latin music for all types of events, from corporate affairs to festivals and weddings.
From