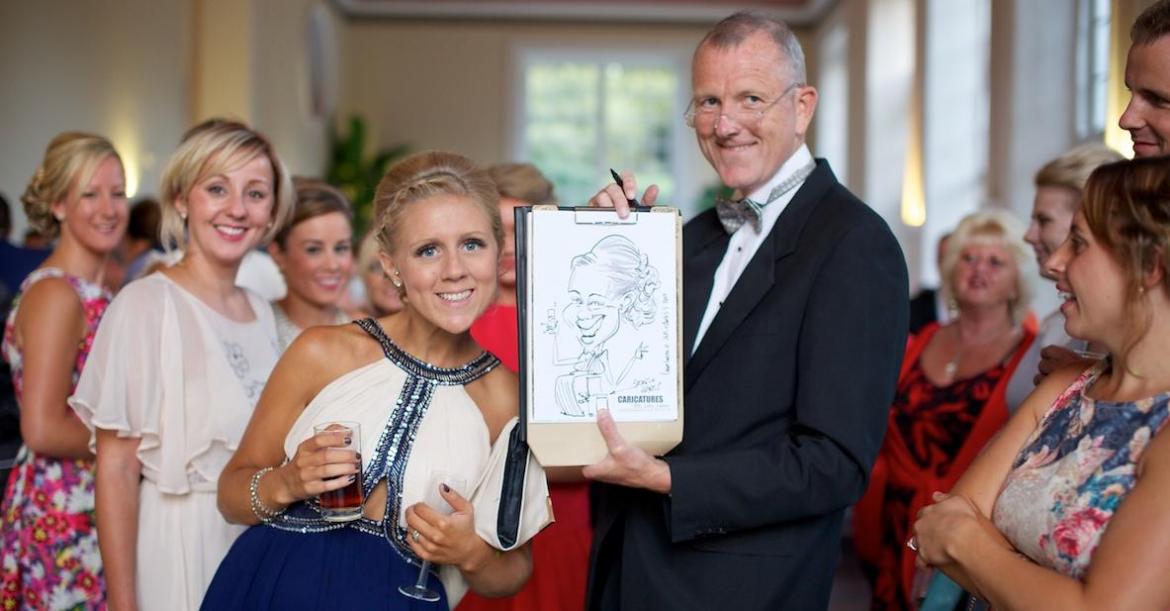 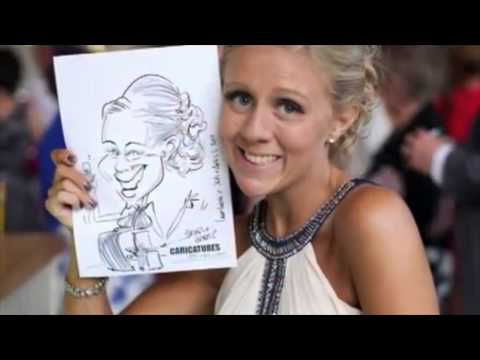 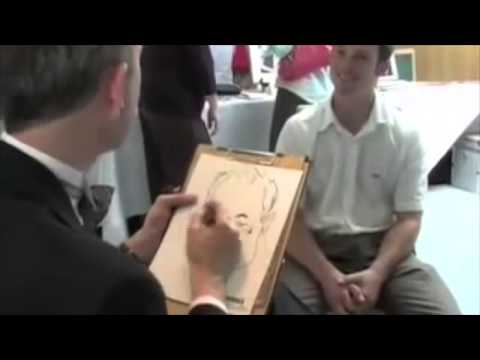 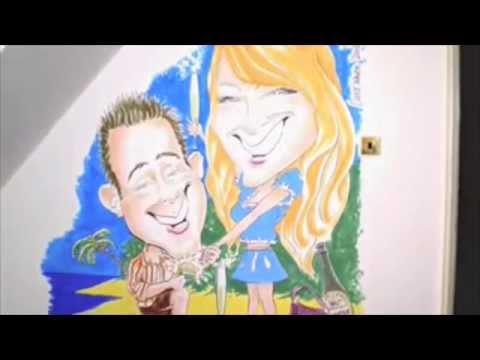 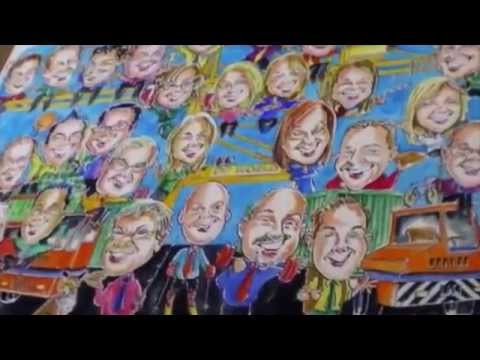 Mark's cartoons and caricatures have been published regularly by the Financial Times, The Daily Telegraph, The Irish Times, The Sunday Business Post, The Evening Standard and many more.

He's won awards from the Guardian newspaper and the Botswana Press Trust and is or has been a member of The British Cartoonist Association (BCA), The Professsional Cartoonists Organisation (PCO), The Political Cartoon Society (PCS), Cartoonists Club of Great Britain (CCGB), Federation of Cartoonists' Organisations (FECO).

He moved to Devon in 2003 and now works all over the south west - even as far south west as the Caribbean for P&O Cruises! In the past 27 years he's drawn literally thousands of caricatures at almost every kind of event including weddings, birthdays, anniversaries, Christmas parties, store openings, trade shows and exhibitions. He's quick, friendly and very entertaining!

COMMISSION A CARICATURE FROM PHOTOS
Get your own creation from award winning caricaturist Mark. Using photographs of the subject, Mark will draw an amazing caricature to keep forever. See some of the examples in the gallery section! 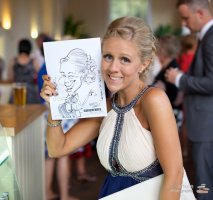 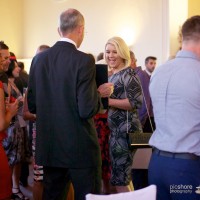 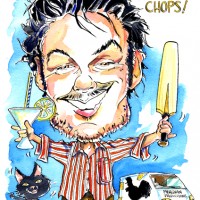 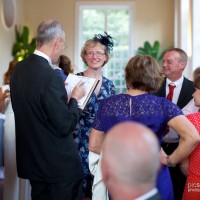 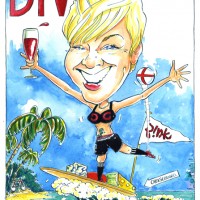 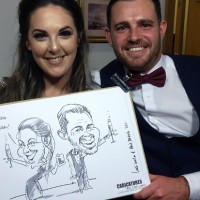 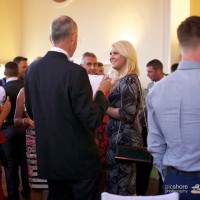 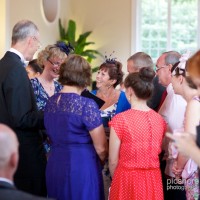 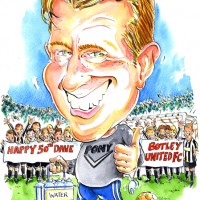 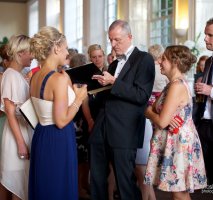 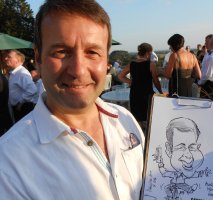 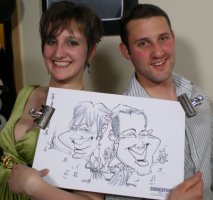 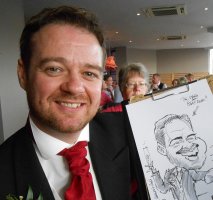 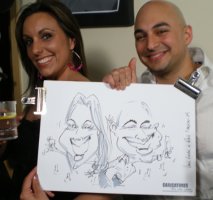 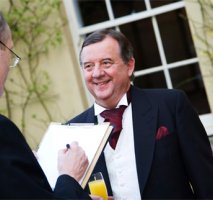 Working on the spot it takes 5-6 minutes to draw each person and in a booking of 2.5 hours Mark would expect to draw 25-30 people, in 3 hours 30-35 and in 4 hours 40-45. When drawing one person there are always 4 or 5 others watching and being entertained. Mark can work standing or sitting and can bring lights and banners to set up an informal caricature studio if required.

The times Caricature artists work best are as an ice-breaker at the beginning of a function, when Mark works standing and move quickly round the party drawing people individually on A4. Then, later on Mark usually moves to a seated caricature area set up earlier with lights and banners to draw couples and small groups on A3.

Mark often uses a combination of these approaches and brings a stool for working round diners and lights for evening work.

Mark arrived in good time to set up and was a very popular man on the evening! I was one of the first people to have my drawing done and was very happy with the outcome. We had good feedback the following week on how well it went with everyone who attended. Thanks Mark for your time and hard work on the evening!

Very organised and a nice man too.

Thank you Matt for arranging Mark to come and entertain our guests at my party. It was truly a big hit everyone went home with great pictures and I would recommend Warble Entertainment to all my friends when they are having party's. Your service was great thank you so much and will be in touch again in the future.

What a talented man. Sketching while dealing with tipsy wedding revellers. His sketches were outstanding, we would recommend Mark 100%.

Weddings: Mark offers a number of services for weddings. Working from photos before the big day he can:

Then on the day itself Mark can entertain your guests with his 5 minute on the spot caricatures. This is definitely where it's happening at the moment and in a typical performance of 2-3 hours he can draw 25-35 people. There are two times at weddings when this works best:

Mark can draw standing or sitting, all drawings are signed, dated and include the names of the Bride and Groom.

PRE-COMMISSIONED CARICATURES
Get your own creation from award winning caricaturist Mark. Using photographs of the subject, Mark will draw an amazing caricature to keep forever. See some of the examples in the gallery section!

2
Bristol
With over 30 years in the performing arts world, Rose The Artist guarantees to add that special charm to your event!
From

42
Oxfordshire
Steve P The Caricaturist will never fail to bring out the glamorous Goddess in the girls... and he will do so in mere minutes!
From

Mark B The Caricaturist

340
Carmarthen
Need a caricaturist for an event? Wales-based cartoonist Mark B is able and willing to provide quick, on-the-spot drawings of you and your guests.
From

4
Surrey
Be drawn by Helen! One of London's leading female on-the-spot caricaturists.
From