Pipe Major Andrew has been playing the bagpipes for over 30 years after learning the instrument at just 9 years old! 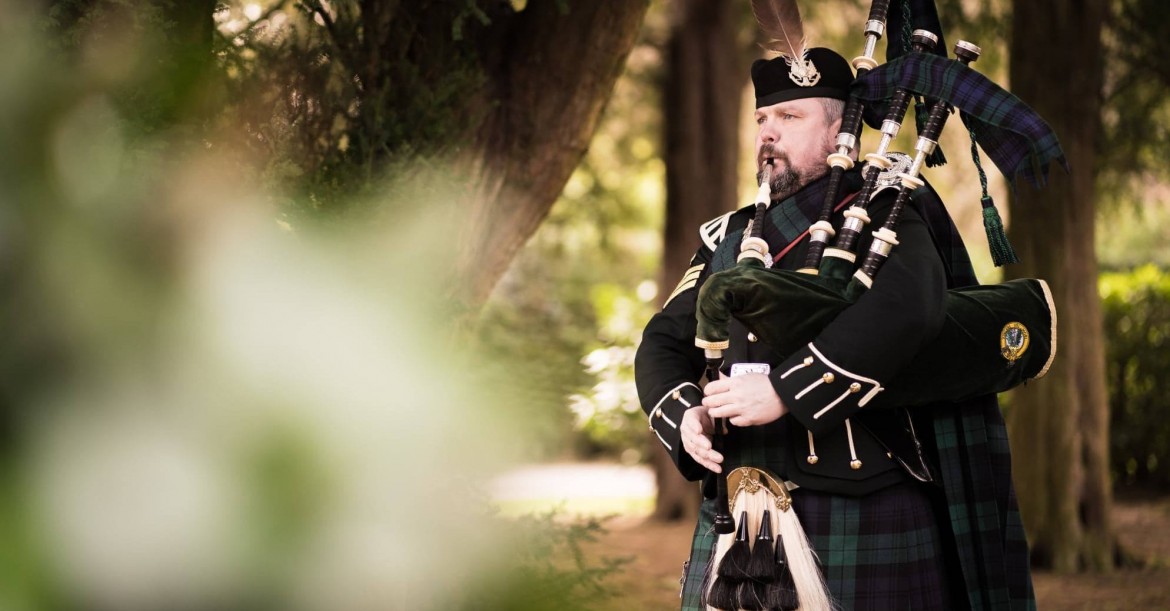 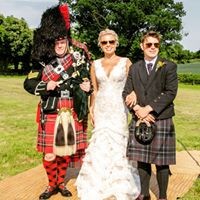 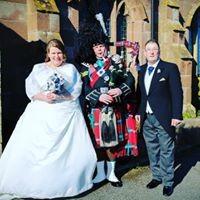 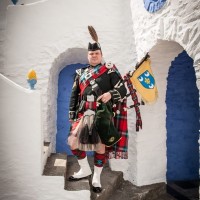 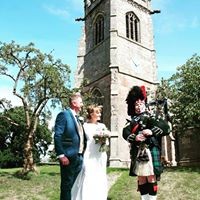 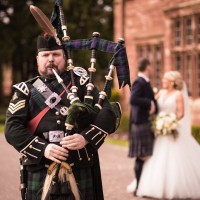 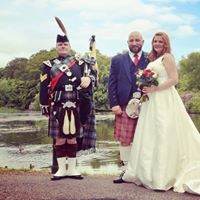 Andrew began to perform with the Great Highland Bagpipe when he was just 9 years old and learning the craft and travelling the country. At age 17, Andrew joined the army and became a member of the world famous Pipes and Drums of the 1st Batallion - The Black Watch.

Andrew then travelled all over the world with the band, along with the 'day job' as a soldier. The Black Watch is one of the Army's premier pipe bands and Andrew considers himself very lucky to have continued to learn and develop his style of performance. This lead to him being selected to play at many high profile events over the world including the Hong Kong handover, playing for the Royal Family and several heads of state and of course, the world famous Edinburgh Military Tattoo.

Since leaving the army, Andrew has become Pipe Major and competed in most of the official championships across the UK and Europe and also now performs at Weddings, Funerals, Burns Night events and much more. He has a number of full tartans in both formal and less formal options.

Pipe Major Andrew truly made the day. Andrew piped at my fathers funeral, everyone made comments on how excellent he was.

Pipe Major Andrew played beautifully covering all of my requests. My mum was both moved and delighted and I would have no hesitation in recommending Andrew.

How long do you play for?
Most requirements for a piper are for short performances during certain parts of the events. Due to the volume of the instrument, I wouldn't typically play for anymore than 10 minutes at a time but can play at various points in the day if required.

Do you have Public Liability Insurance and PAT tested equipment?
I am fully insured.

How much space do you require?
Just a room to get changed in at most. Not always required and dependant on the event.

My favourite tune is not on your list. Will you be able to play it?
Given enough notice and if it is a piece that can be played properly on the pipes, then yes.

1
Edinburgh
Ross is a truly talented piper, who can keep the mood upbeat and moving along with his mix of traditional and modern piping tunes.
From

2
London
London-based Matthew is a bagpiper with years of experience at all kinds of events.
From

4
Kent
The latest addition and a natural progression to Stunning Brass, whose owners have served and worked in military music for over 20 years.
From

10
Lancashire
With appearances on Coronation Street, SKY and BBC, Alan is one of the UK's most experienced and authentic bagpipers in the UK.
From