The Oxfordshire Harpist is a vibrant, colourful musician and artist, who performs nationwide and internationally. 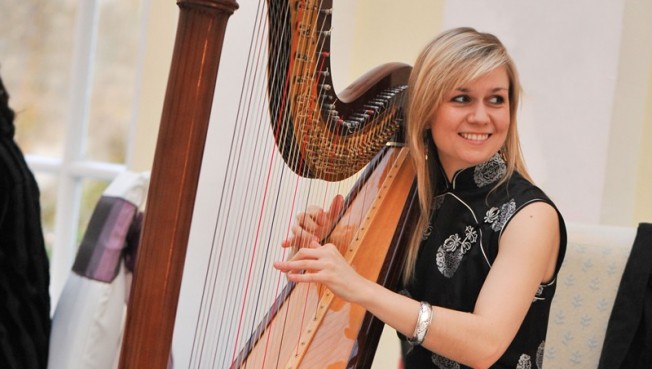 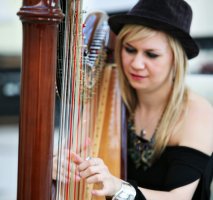 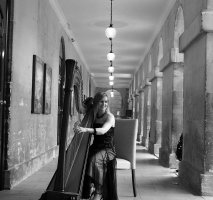 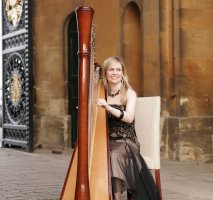 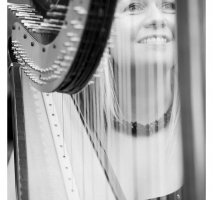 Based in London and Oxford, the Oxfordshire Harpist is a young, creative musician and artist. She performs as a soloist and with various bands nationwide and internationally, including touring with Nigel Kennedy in his band.

The Oxfordshire Harpist performs regularly for weddings and corporate events, and will add a classic yet contemporary touch to any event. She has performed at venues from the Tower of London to the Vortex Jazz Club and for private clients including the Prime Minister. She is currently also recommended by venues including Blenheim Palace and Highclere Castle.

Building on her original classical training, being taught the piano from the age of 3 by her mum, then as a music scholar from the age of 10, and now an Associate of the London College of Music, she has embraced many other styles of music including rock, jazz and Latin. She is an active member of the music scene, and a sought-after session musician, recently recording for the new album for MOBO award winners Kairos 4tet. She also writes and performs her own contemporary music for the harp for her band, which has also greatly influenced the music she performs for private events. She specialises in arranging and performing contemporary music for the harp, from the more expected to the unexpected!

By The Oxfordshire Harpist

The Oxfordshire Harpist has years of experience playing at not only weddings but a wide range of other events, including corporate events, private parties, awards evenings, memorial services, festivals and many more.

Just wanted you to know that The Oxfordshire Harpist was amazing. She played brilliantly - a whole range of music including some great modern songs which everyone loved. She was so accommodating and to be honest was the best entertainment of the night. It was a last minute idea to have a harpist and we thoroughly enjoyed her performance. Please pass on our thanks.

Thank you for all your help in sourcing a harpist at such short notice. The Oxfordshire Harpist was absolutely fantastic and several guests commented on how lovely it was to hear modern indie tracks being played on the harp. She managed to balance our musical tastes with the ambience of a wedding and did so beautifully. She was also dressed in perfect keeping with the day which was great. She was friendly and approachable and even offered to play on through dinner when the outdoor reception ended before her allotted 2 hours. We couldn't recommend her highly enough. Thanks and Best Regards.

The Oxfordshire Harpist was fantastic! She is very talented, very accommodating and gives a modern twist to the harp. Thank you for making our day amazing with your amazing performances and our guests were blown away as were we. My Grandfather thinks you and him should tour after your duet. Many thanks for everything. Lee and Georgia Matthews (Crazy Bear Hotel Wedding 21/6/13). P.S. I think my brother Joe will be booking you for his wedding.

Ready to book
The Oxfordshire Harpist?

7
Worcestershire
The Worcestershire Harpist has a broad repertoire of classical, popular, traditional and Bollywood music to enhance your special event.
From

2
Cambridgeshire
The enchanting sound of the harp will bring an air of magic and occasion to your wedding day.
From

5
London
An Irish harpist who plays for a range of events, including recording sessions, classical concerts, Asian events, weddings and corporate functions.
From