The diverse and experienced pairing of this duo creates a musically talented performance. Available for hire in London and throughout the South East. 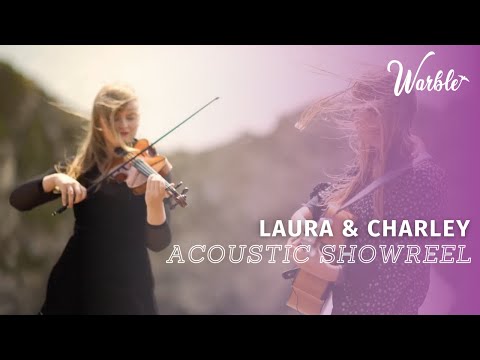 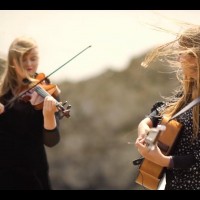 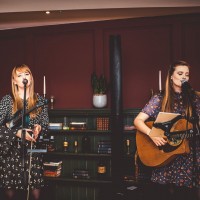 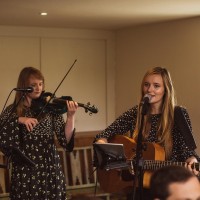 Singer/Guitarist Laura and Singer/Violinist Charley met in 2009, when they both attended degree courses in Music at The Liverpool Institute for Performing Arts (LIPA). Each uniquely talented, but stunningly in sync, Laura and Charley have become much in demand since starting the duo full time in 2014.

Charley was made known by her unforgettable performances on BBC’s The Voice UK in early 2016 appearing as 'Charley Blue'. Charley's unique combination of rapping, singing and playing the violin all at the same time made Charlotte a ‘Triple Threat’ in the Competition that year. Charlotte began playing Violin at the age of 7 and performing at the age of 14.

Laura & Charley were exceptional. Beautiful voices and amazing set list! Incredibly friendly and easy to deal with. I can't recommend them enough!

2
London
With their soulful vocals and laid-back guitar, Super Crazy Acoustic Duo is perfect for wedding receptions and more intimate events.
From

3
Kent
Guitar and Sax with male and Female vocals meet a wide and varied repertoire with this superb South East band.
From

2
Surrey
The Brown and Bradley Acoustic Duo are the perfect choice for weddings, parties and corporate events.
From

1
Staffordshire
Acoustic Tones are a highly experienced duo or trio ideal for any event, specialising in weddings and corporates.
From