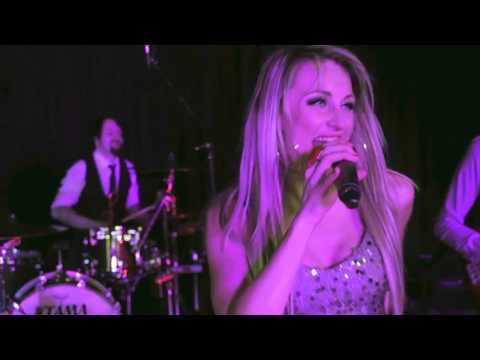 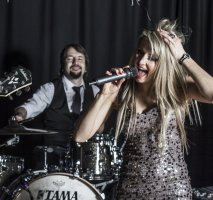 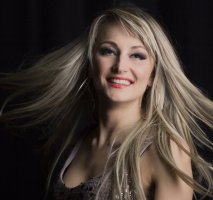 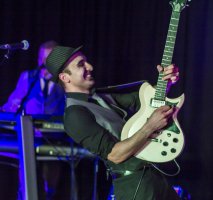 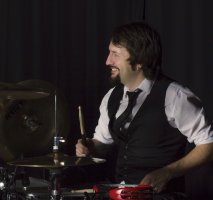 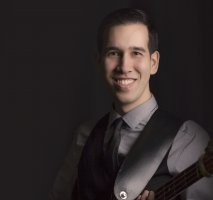 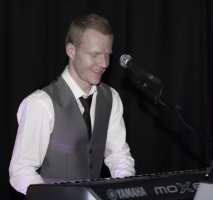 The Sonic Supremes were absolutely fantastic at our wedding on Saturday (27th September 2014). Everyone absolutely loved them; their energy was amazing - as was their set list - and the dance floor was full for the whole two hours that they played for. Thank you, thank you, thank you from a VERY happy bride and groom - we would recommend this band to anyone who wants a brilliant band to play at their wedding... Ruth and Sam Landrigan. xxxx

How long do you take to set up?
We can set up in 60 minutes. However, if you are able to provide longer then it would be appreciated so we can set up at a more leisurely pace a conduct a more thorough sound check.

How much space do you need?
Approximately 5m x 4m for the full 5 piece band. We are adept at fitting into unusual spaces! A stage isn't necessary (although it's a bonus if you do have one). We can also play outside, but will need to be under cover in case of rain as our equipment is easily damaged.

Can you learn any songs not on your repertoire as a special request/ first dance?
Yes, we would be happy to learn one new song free of charge. Please give us atleast 2 weeks notice to lean the song.

Can you play at our wedding ceremony/drinks reception/dinner as well as providing music for the evening?
Absolutely. You may prefer to have a smaller combo earlier in the day (eg. piano or guitar vocal duo during dinner) and have the rest of the band arrive in the evening. Just let us know what you require.

Do you provide DJ music during your breaks?
Yes, we can supply DJ music using a dedicated laptop and virtual DJ software, mixed live by one of the musicians for a nominal fee. Alternatively, we can provide a premixed playlist free of charge. Or, if you prefer to use your own DJ/ laptop/ iPod we can provide a connection to our sound system.

3
London
Pop Centric have devoted their lives to producing and performing music, and together they make a formidable team!
From

2
Essex
This female fronted function band are ideal for all events including corporate, weddings, award ceremonies and birthday parties
From