The Glasgow Harpist can provide music carefully tailored to your individual needs to enhance your wedding ceremony, drinks reception or wedding breakfast. 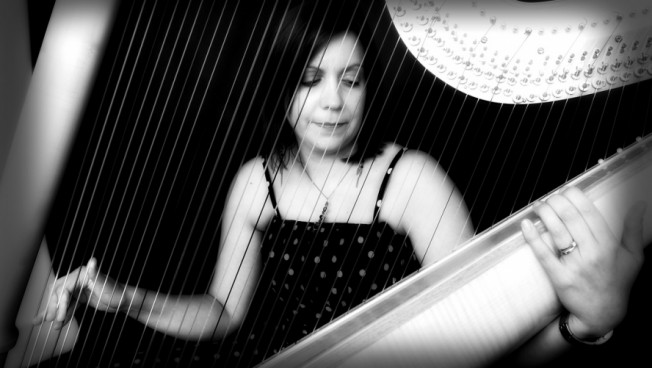 The Glasgow Harpist started playing the harp at the age of ten in her native Wales. She has pursued a busy and varied career as a soloist, chamber and orchestral musician in recitals both on the concert platform, recording, and TV and radio broadcasts.

She works regularly with the BBC Scottish Symphony Orchestra, Royal Scottish National Orchestra, Scottish Opera, Scottish Ensemble, Scottish Chamber Orchestra, Trondheim Symphony Orchestra, Royal Northern Sinfonia and held positions on West End and touring musicals, along with playing for many pop and film sessions. She has played for performances at many famous venues and festivals, including at the BBC Proms in the Albert Hall, Edinburgh Festival, St Magnus Festival, Lammermuir Festival, T in the Park and Belladrum Festival with many famous musicians including Pavarotti, Katherine Jenkins, Russell Watson and Alfie Boe.

She boasts a vast musical repertoire, spanning from classical music, folk music, musicals, TV, film, Bollywood and jazz songs to the most recent pop songs. She is more than happy to welcome any musical requests, where possible, that are not on her list and is also available to play as a duo with a flautist, violinist or vocalist.

By The Glasgow Harpist 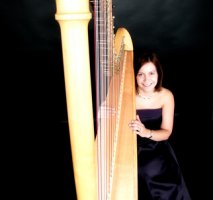 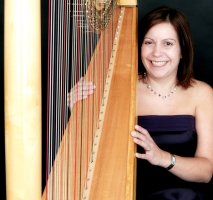 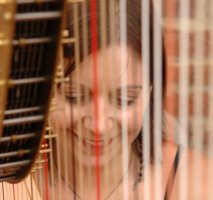 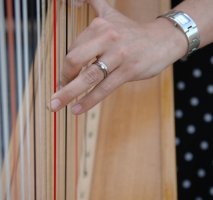 Very pleasant and a fantastic Harpist!

I just wanted to say a huge thank you to you for playing at our wedding yesterday. The playing of our song choice was beautiful and really created the romantic, elegant setting that I was hoping for. I can't believe I managed not to cry during my entrance as I just love that song so much. The guests were telling me how beautiful it was having yourself playing at the drinks reception and that it created a wonderful atmosphere. Thank you for being a special part of the wedding yesterday and helping it to be a truly memorable day.

Ready to book
The Glasgow Harpist?

1
Glasgow
The Glasgow String Quartet is a professional Scottish quartet, bringing classical music into the 21st century with a uniquely stylish and vibrant flair.
From

2
Midlothian
Complete your perfect day with the romantic sound of the harp! Let this breathtaking instrument create a unique atmosphere for your celebration.
From