The Derbyshire Harpist plays for a variety of functions and events, from weddings, christenings and birthday parties to solo recitals. 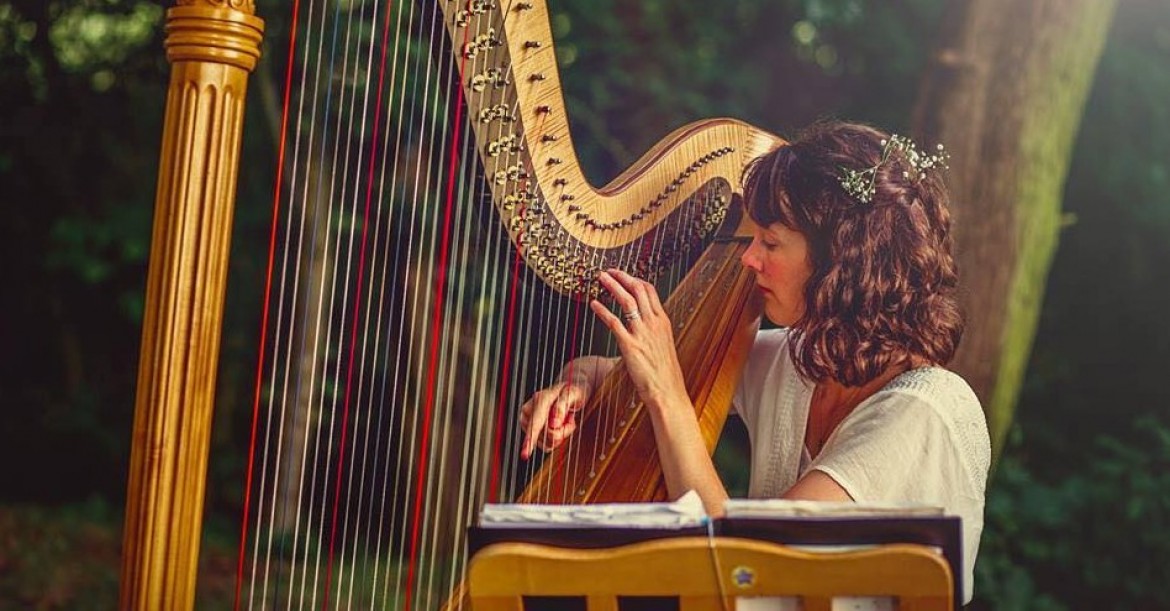 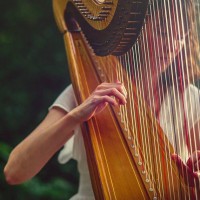 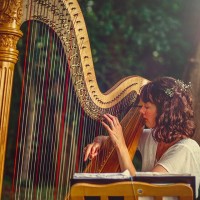 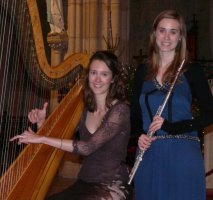 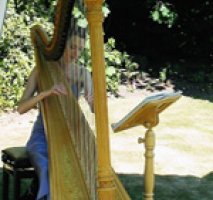 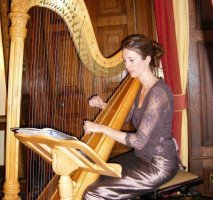 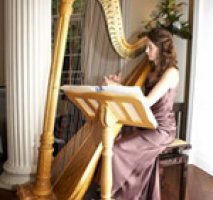 The Derbyshire Harpist started playing the harp at the age of 11. She studied music at Exeter University and then at post graduate level at Trinity College of Music. The Derbyshire Harpist was born in West Sussex and has played for functions and solo recitals at many prestigious venues in the region as well as live on ITV television and BBC Radio 3. She relocated to Derbyshire in 2006 and has already played at many of the region’s wonderful venues, including: Ringwood Hall, Bolsover Castle, Kedleston Hall, East Lodge, Risley Hall, Fischer Baslow Hall, Hassop Hall, Makeney Hall, Breadsall Priory, Newton Park Hotel and Morley Hayes.

The Derbyshire Harpist offers a wide selection of music, including favourite wedding pieces, classical, jazz, pop music, show tunes and traditional music from the British Isles. The Derbyshire Harpist will endeavour to accommodate your requests and if given plenty of notice, can learn a particular piece of music for your special occasion.

The Derbyshire Harpist is also available as part of a Harp and Flute duo with her sister Marielle.

By The Derbyshire Harpist

As usual, the whole process of searching, booking and event went very well. The Derbyshire Harpist was absolutely brilliant. She is so lovely, and the music was just perfect. It made a very special evening even better. Thank you.

Thank you very much for playing your harp so beautifully at our wedding at Kedleston Hall. We really liked working with you and wish you all the best for your future.

Ready to book
The Derbyshire Harpist?

Do you play outside?
I'm not able to play my large concert harp outside but can offer the smaller lever harp to play outside. The harp and I both need to be outside of direct sunlight and on solid dry ground. Wind can also be a problem but my weather threshold is about the same as your guests!

How do you get around?
I have an estate car, padded covers and a very good harp trolley. Flights of stairs can be a problem so do ask before booking. Unfortunately the harp isn't folding or comes apart!

How much space do you need?
I need at least 2 metres squared to accommodate the harp, music stand and myself.

21
Cheshire
Rhia is a brilliant Cheshire-based harpist available to play at weddings and events all over the UK.
From

1
Yorkshire
The Yorkshire Harpist's repertoire is colourful and comprehensive to ensure there’s something for everyone!
From