An enchanting and versatile harpist based in Hull and performing throughout Yorkshire. 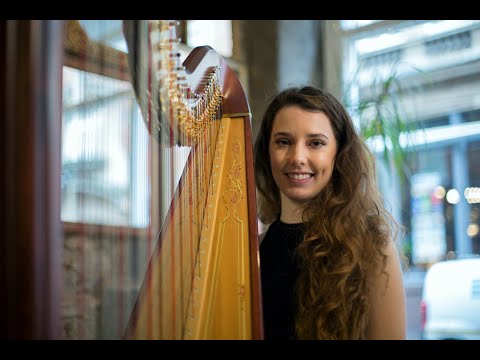 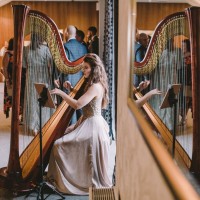 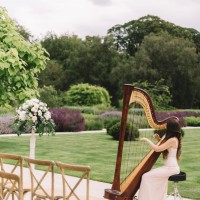 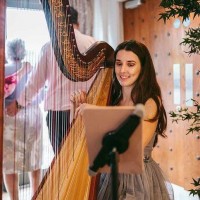 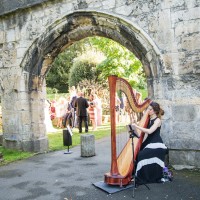 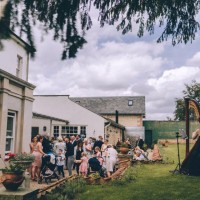 Stephanie graduated from the Royal Northern College of Music with a Bachelor of Music with honours in 2016 and is currently working towards a Master’s in Music at the University of Hull. Since graduating, Stephanie has gained extensive experience playing at Weddings and events across the country in notable venues such as York Minster, Hull Minster, Peckforton Castle, Eastnor Castle, Allerton Castle, Durham Castle, Cave Castle and many more.

Professionally, Stephanie has performed with a range of orchestras and ensembles including the Skaparis Orchestra, Hull Philharmonic Orchestra and The Culture: Orchestra. In 2017, Stephanie performed Debussy’s ‘Danses’ for harp and string orchestra conducted by Nick Fallowfield. As part of the Skaparis orchestra, Stephanie went on tour with Gary Numan performing at sold out venues across Britain including The Royal Albert Hall, Shepherd’s Bush Empire, Birmingham Symphony Hall, The Bridgewater Hall, Glasgow Royal Concert Hall, Newcastle City Hall and Cardiff’s St David’s Hall.

Other projects include recording with Stuart McCallum and collaborating with The Broken Orchestra. In 2019, Stephanie joined The Dyr Sister on the electric harp; a trio combining contemporary folk with post-hip-hop and electronic music genres, layered with haunting and ethereal vocal harmonies.

By The East Yorkshire Harpist

Absolutely amazing, Stephanie's harp playing made a good day a remarkable one. Many of the congregation commented after the wedding how wonderful she was, and what a great idea it was to have a harpist playing. The harp looked great. we changed our mind about what tunes we wanted a couple of days before the wedding, and Stephanie made the changes without the slightest bit of fuss. she was a lovely person and allowed us to have our pictures taken with the harp. Stephanie played beautifully and her music set the scene for a very romantic wedding. Thank you so much Stephanie, we will always appreciate everything you did for us, on our special day.

What do quotes include?
All prices include Public Liability Insurance and travel expenses.

Can you play outdoors?
Yes, providing there is no inclement weather forecast for the performance.

How many guests is the performance suitable for?
The harp is an acoustic instrument and is suitable for rooms of up to 100 guests.

21
Cheshire
Rhia is a brilliant Cheshire-based harpist available to play at weddings and events all over the UK.
From

3
Derbyshire
Sophia is a singer and harpist who creates a melody of romance, with every delicate note enhancing the atmosphere of your most special day.
From

1
Yorkshire
The Yorkshire Harpist's repertoire is colourful and comprehensive to ensure there’s something for everyone!
From