Established in 2002, The South Wales String Quartet has gained wide experience in performing at corporate events, functions, concerts and weddings. 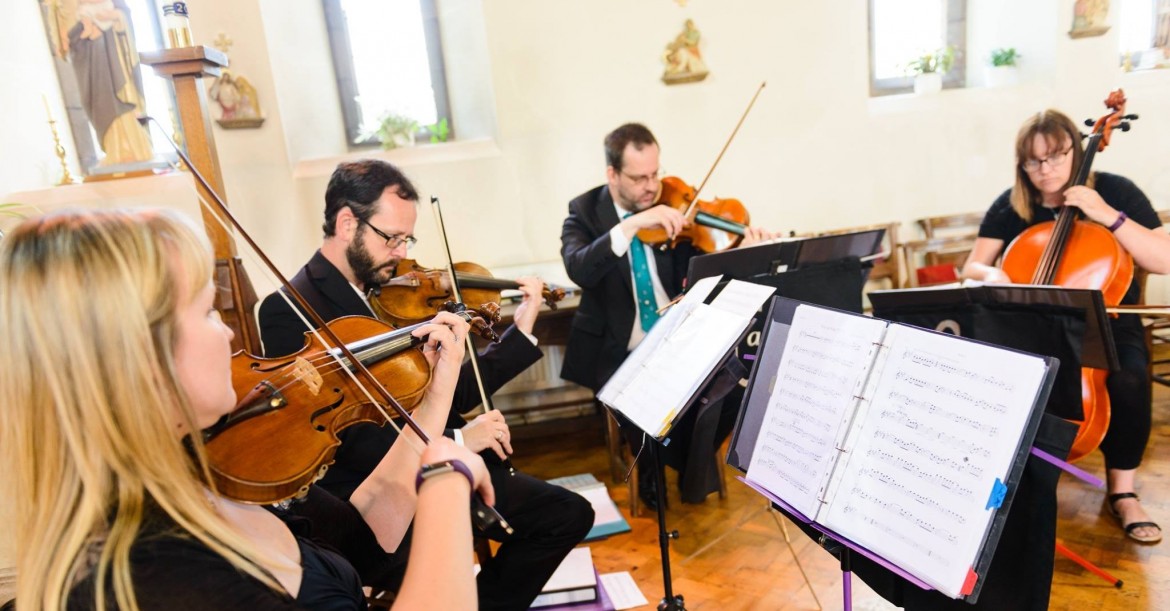 Each player involved has a wealth of musical experience including the BBC National Orchestra of Wales, Royal Academy Opera Orchestra, English National Ballet, West Of England Philharmonic and the Welsh Chamber Orchestra.

Violin I - Helina
Helina was born and brought up in Barry, South Wales before she moved to London to pursue a four-year degree at the Royal Academy of Music, graduating in 1996. She is now working as a freelance violinist and teaches violin and piano privately. Helina's past experiences include extra work with the BBC Welsh Symphony Orchestra, leading the National Youth Orchestra of Wales, Welsh Proms Youth Orchestra and Cardiff Bay Chamber Orchestra. She has also performed as a guest artist in various local concerts with the Cardiff Bay Choir and Cardiff Polyphonic Choir. Today, Helina regularly performs and records with folk and pop bands as a session player.

Violin II - Tanwen
Born in Cardiff, Tanwen studied at the Royal College of Music, London, graduating in 1996. Her freelance career has enabled her to play in many orchestras and chamber groups, including Welsh Sinfonia, National Symphony Orchestra, New Queen's Hall Orchestra and the Arcata ensemble, performing at a variety of venues such as St James Palace and Wigmore Hall, London.

Viola - Louise
Louise was interested in music from an early age and studied violin and viola in school. She graduated from Trinity College Carmarthen, and whilst teaching music continued as a post-graduate student at the Royal Welsh College of Music and Drama. As well as having valuable experience as a viola player with several orchestras, Louise also arranges music and teaches instrumental and classroom music across South Wales.

Cello - Claudine
Born in Derry, Claudine came to study Cello at the Royal Welsh College under Chris Hodges, Sharon Mc Kinley and Peter Esswood. She then gained a place at the Royal College of Music in London studying Baroque Cello with Richard Tunnicliffe. Claudine has performed in a variety of styles including Theatre and Dance. She is currently working as a freelance player with many orchestras and chamber groups as well as teaching in the South Wales area.

By The South Wales String Quartet 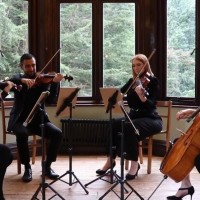 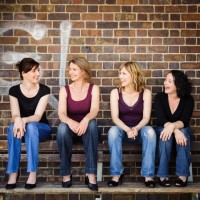 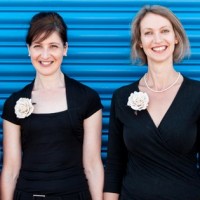 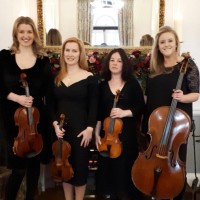 The South Wales String Quartet delivered a high quality repertoire of music bespoke to requirements for my daughter's wedding. The 150 guests at Parkend Church, Forest of Dean and thereafter at Clearwell Castle well commented on the quality of the quartet's performance. Thank you to Helina and her quartet members for their contribution to such a memorable day. Highly recommended.

Everything was fantastic. Booking was so easy, helpful and friendly and a fantastic quartet was sourced with such short notice. Brilliant. Many thanks. Will recommend.

I'm so sorry it's taken me so long to write to you, time has just flown by since our wedding and work has been really busy! I wanted to say thank you so much for playing so beautifully at our wedding - we absolutely loved it and I will never forget being in one of the rooms at the Llansantffraed Court before I went downstairs to get married and hearing the music drifting up to the room. Anyway, a very belated thank you for making a huge contribution to the success of our day! I will certainly recommend you guys to anyone getting married.

Can I have a piece of music that is not on your playlist?
Yes, we are always adding new music to our repertoire so we may possibly have it. If not we can usually arrange it for you, please contact us for details.

We are hoping to have the drinks reception outside. Can you play outside?
Yes, we are happy to play outside but we need to be in the shade and out of any wind.

2
Dorset
The Dorset String Quartet is a vibrant and young professional ensemble based in the Bournemouth and Poole area of Dorset.
From

9
Birmingham
A group of professional, experienced musicians, all of whom have graduated from the UK's finest musical conservatoires.
From

1
Bristol
Bristol Strings pride themselves on being friendly, approachable, flexible and willing to accommodate the individual needs of their clients.
From