The South West String Quartet are now established as one of the leading string quartets in Cornwall and Devon. 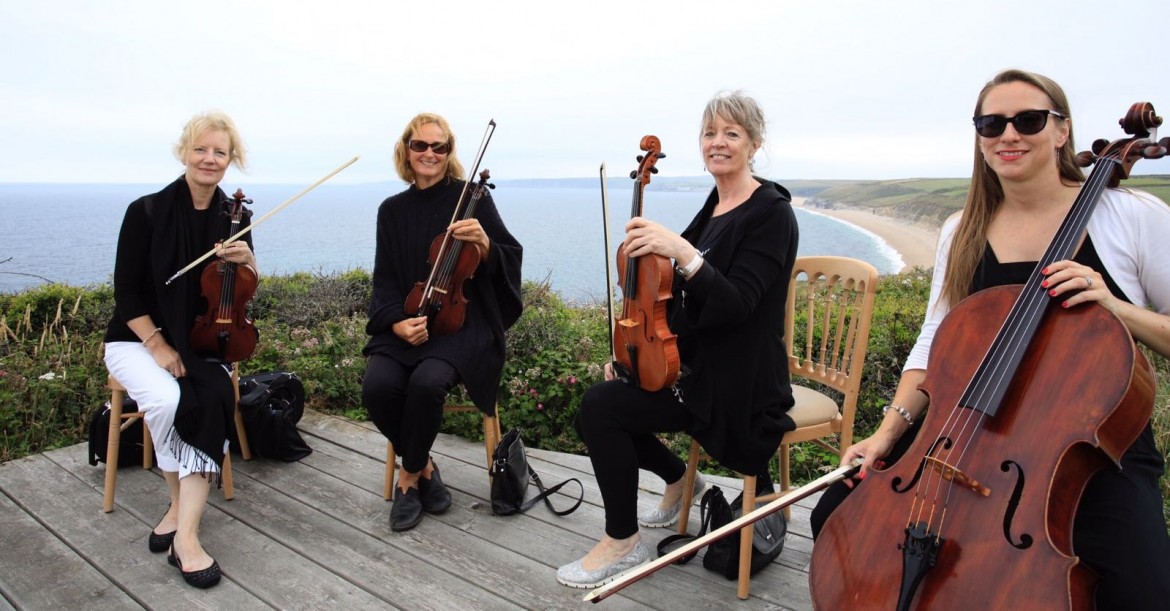 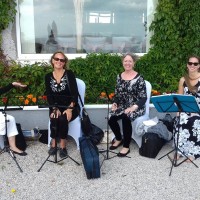 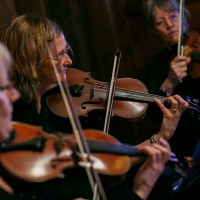 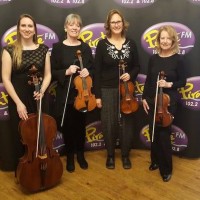 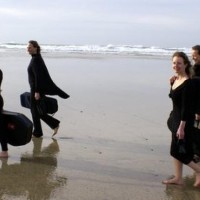 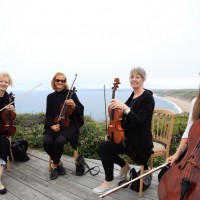 The South West String Quartet have been captivating clients with their fabulous playing since 2006, so they know a thing or two about how to create a fantastic, musical background scene for each and every event. Not your average quartet, they have an eclectic repertoire, effortlessly mixing classical with modern music and providing their own take on pop tunes ranging from The Lumineers and Bastille to Des'ree, Kodaline and Clean Bandit.

Charlotte on Violin1: Charlotte was awarded a scholarship at the age of 13 to study the violin at the Guildhall School of Music. Continuing her studies there, she gained her AGSM and teaching degree. She has played professionally in both London and Amsterdam with the Dutch Ballet orchestra. She now lives in Cornwall playing as a freelance violinist.

Lucy on Violin 2: Lucy was a junior exhibitioner at the Watford School of Music. She later studied violin and piano at the Royal Academy qualifying with a GRSM hons degree. She has played as a freelance musician in London and is now enjoying playing in various groups around the South West.

Susan on Viola: Susan studied music at Dartington College of Arts and the Rolle College, Exmouth gaining a music and teaching diploma. She took up a teaching post in Oxford before settling in Cornwall where she is a teacher and freelance musician.

Hannah on Cello: Hannah began learning the cello at the age of eleven and the piano aged six, gaining diplomas in both. She has extensive experience as an instrumentalist teacher and musician, freelancing in orchestras and ensembles throughout Cornwall and the south west.

By The South West String Quartet

They were fantastic. An absolute highlight of the day for everyone. Would highly recommend.

The South West String Quartet are captivating, a joy to listen to and as a Banqueting and Wedding Coordinator they are foremost in my recommendations.

Don't string quartets just play the classical stuff?
Okay yes, we do play classical music, but even if you are not that way inclined or unfamiliar with the names of classical pieces, most are instantly recognisable when you hear them.

What if I want a more modern approach, can a string quartet do that?
Absolutely! More and more clients are opting for their favourite pop songs and we specialise in performing our own arrangements of modern tunes to give your event that contemporary feel.

1
Devon
The Devon String Quartet is an outstanding, professional act available for weddings and corporate entertainment across the South West.
From

2
Dorset
The Dorset String Quartet is a vibrant and young professional ensemble based in the Bournemouth and Poole area of Dorset.
From

1
Bristol
Bristol Strings pride themselves on being friendly, approachable, flexible and willing to accommodate the individual needs of their clients.
From

2
Somerset
Siona has been playing the harp for wedding ceremonies, private functions, corporate events and public recitals since 1996.
From