Covering a wide range of musical styles, Jake gets the best-quality performance possible and specialises in delivering an authentic sound. 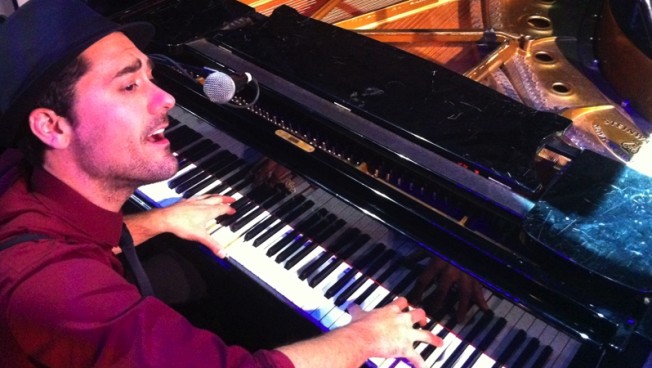 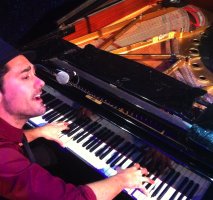 He gave 100% and was very professional. An excellent range of music, which he played for all tastes. Would recommend him.

Jake has been performing in the record industry professionaly for the last decade. Ever since he was a boy he used to bang the piano along to his parents record collection of Rock n Roll, Stax and Motown, singing the classics like Johnny B Goode and Midnight Hour. He gained a BA Hons in music from the prestigious Liverpool Institute of Perfroming Arts (LIPA). Jake has fine-tuned his craft over years of working in the record business. In that time he has written, performed and produced a number one selling album, and worked with a variety of major recording artists. In 2012, he won best original song at the British Blues Awards.

Fabulous and will use again. Thank you for last minute booking, excellent service.

Jake was a pleasure to deal with before (planning music and timings) and during the party. He was perfect for us. His performance was brilliant (as said by many at the party) and he worked hard with a smile to deliver the eclectic mix of music that everyone wanted on the night! Would definitely use again and recommend. Thanks Jake!

Jake was great fun. My mother passed that morning so my 40th birthday celebration ended up being a celebration of her life. Jake dealt with the situation so well and played some great rock and roll to keep the party lively. Bravo.

He gave 100% and was very professional. An excellent range of music, which he played for all tastes. Would recommend him.

Jake was great, on time, played good music with passion. Thank you.

Jake did a fantastic job at our wedding. His piano playing and vocals really got the party started and he kept playing (in rather warm conditions), long after his official time had ended. Jake was also very wiling to learn additional songs and take requests on the night, and was a huge hit with our guests. A big thank you from us both!

Everyone was very impressed with Jake at our wedding. He put in 110%, is very talented and an all round good bloke. He read and entertained the crowd brilliantly and I'd highly recommend him. It was quite hard to find a lively rock n roll pianist who also sings so we were pleased when we came across Jake on your website and he certainly lived up to our expectations. Thanks Jake! and Ben at Warble for your organising. Katy

Thank you to Warble Entertainment, especially Joanne, very obliging and recommended Jake for my mum's 80th birthday party to play some good upbeat 50s and 60s music. Jake did not disappoint, a lovely guy who arrived well ahead of schedule despite driving from London to Wiltshire. His 2 sets had everybody's feet tapping and he was hugely enjoyed by all present, both young and old, a hugely accomplished entertainer. I would highly recommend him to anyone looking for a great live act. I hope that we get the opportunity to hear him again sometime. Many thanks.

From the first contact I had with you (Warble Entertainment), your response has been first class, prompt and reliable. The booking procedure was easy to understand and all the important 'stuff' was explained clearly. As you told me, Jake contacted me at the agreed point of time before the event and we discussed the running list and all important timings. On the day, Jake arrived at the agreed time and started his set promptly. I am very impressed with Warble Entertainment and shall have no hesitation in using the company again should the opportunity arise. Thanks again for helping make my parents Golden Wedding party such a success! Jake's music was perfect for our 50th wedding anniversary party. Most of the guests were elderly weren't interested in dancing, but Jake's song choices were very popular and got everyone's feet tapping and hands clapping! Jake was sympathetic to the situation and made sure the volume was low enough for people to hear each other, but also high enough for people to really enjoy his performance. Jake was very friendly, attentive and chatty to all of us. I would highly recommend Jake. He is a superb artist!

Wanted to say how wonderful Jake was - he made contact prior to the party and on the day, he arrived on time and set up. The music was fabulous just want we had wanted, a very talented signer and pianist, had lots of people up and dancing in no time. He joined in the fun and encouraged others to have fun too, a real asset to the night. Cannot recommend him highly enough and I know we will book Jake again for future events! Thank you so much Jake for making my mum's birthday such a special night for her, she had a blast! I have had a lot of guests tell me how much they too enjoyed your music. PS. Thanks also for entertaining some of the little ones during your break too :-) Best wishes, Jackie Heasman.

7
London
Memphis is the ultimate party band and will bring a memorable, sizzling energy to any live performance.
From

3
West Yorkshire
Get ready for some serious rock ‘n’ roll, as we take you back in time to experience a stunning, remarkable show available for all types of occasions.
From