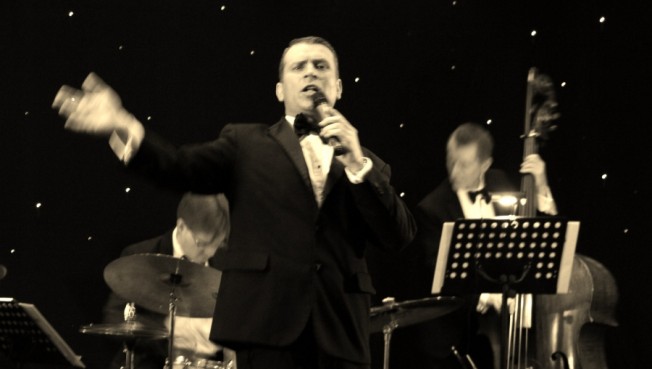 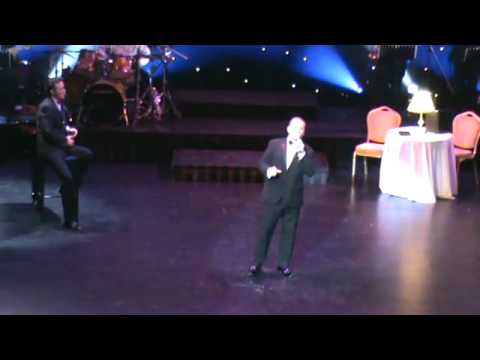 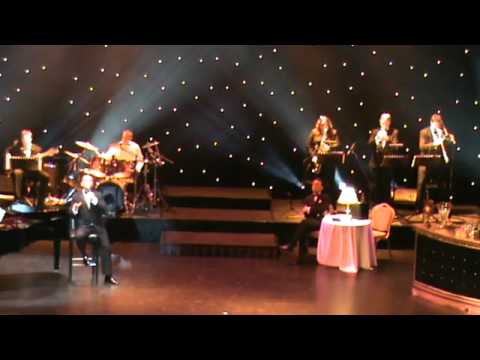 Jay is the UK’s leading Frank Sinatra tribute singer. Jay Has travelled all over the UK and internationally performing his hit tribute show “Sinatra at the Sands.” Whatever the function just contact Jay and he’ll take care of the rest making sure your night goes with a SWING!

Jay has been enthralling audiences worldwide with his impersonation of Frank Sinatra for the past nine years. Some say it is like watching the great man himself. When Jay enters the stage he is Frank Sinatra, he is in character from the moment the suit goes on until it comes off.

Jay has studied every little detail of Sinatra, everything from the way he spoke, sang and even walked. For a true Sinatra fan the resemblance is uncanny and Jay’s attention to detail is second to none.

Jay has performed for all types of function from theatre & television  to corporate functions, weddings, anniversaries, birthday parties, golfing events, charity events, etc. So whatever event you are planning, Jay’s Frank Sinatra tribute act will make sure it swings!

From his vocal talent and style down to the smallest gesture you will truly believe the illusion... That Ol' Blues Eyes is REALLY back. 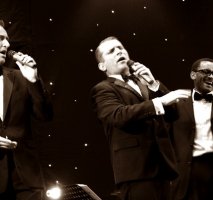 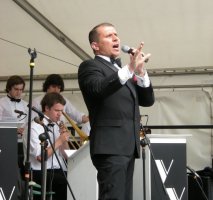 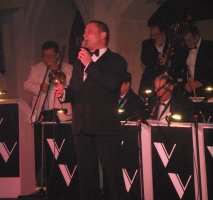 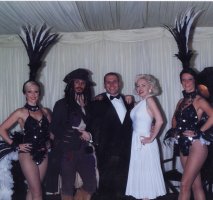 Jay was absolutely fantastic! Very accommodating, friendly and professional. We had a wonderful evening and I cannot recommend Jay enough, highest praise from us.

For over 14 years Trunkwell Mansion House has been entertained by a variety of performers. Jay has proved himself over the past 18 months to be one of our top acts! He is “Frank Sinatraâ€, moving amongst the guests, he croons and wows his audiences, with his wide variety of songs and repertoire. I would have no hesitation in recommending Jay as “Frank Sinatraâ€.

In addition, Jay also offers the following 'Tribute to the Rat Pack'.

This show brings back a time when drinking, music and having fun went hand in hand and were cool. Frank Sinatra, Dean Martin and Sammy Davis Jr were the singers in the Rat Pack. Jay and his Rat Pack recreate those times with total class and ease. The three performers not just sing the songs but step back in time and recreate a night at The Sands hotel on the Vegas strip .

Whether you favourite was Frank, Dean or Sammy there is something for everyone. The show is hugely entertaining and fun as there is no ‘fourth wall’ so the audience gets involved and truely feels part of the show.

Jay only works with the best musicians in the business and as a result the fabulous Manhattan Swing Band is one of the leading modern big bands in the UK, comprising the finest musicians in the country who all appear internationally with the BBC Big Band, Syd Lawrence Orchestra, Jools Holland, Jamie Cullum, Robbie Williams and in many West End productions. If you want the true sound of Frank Sinatra without compromise then either book Jay or lookout for when Jay is Swinging near you Manhatten style. An unforgettable experience!

3
London
David's unique portrayal and tribute to the legendary Frank Sinatra has brought him rave reviews around the world.
From

5
Essex
The ultimate tribute to the legends of Swing, performing hits from the Rat Pack and modern legends like Michael Bublé and Robbie Williams.
From

26
London
Andrew leads the vocal harmony swing group 'Jack Pack' who charmed and won the hearts of the British public as finalists on Britain's Got Talent.
From