QE2 celebrate the wealth of talent that came together in Queen by recreating, with breath-taking accuracy, the excitement of a LIVE Queen concert. 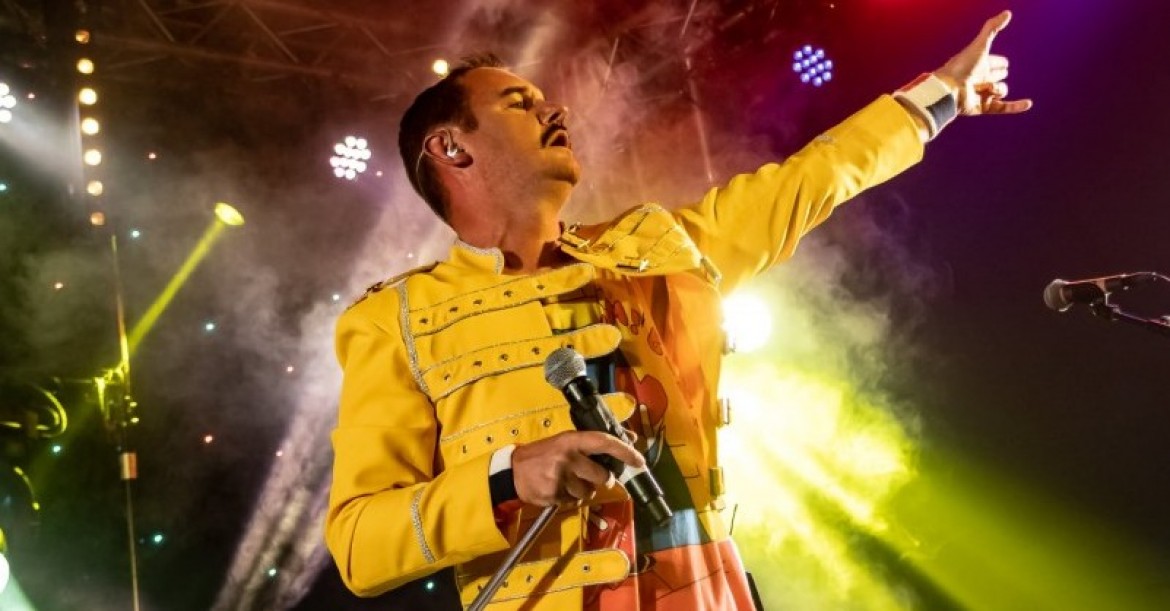 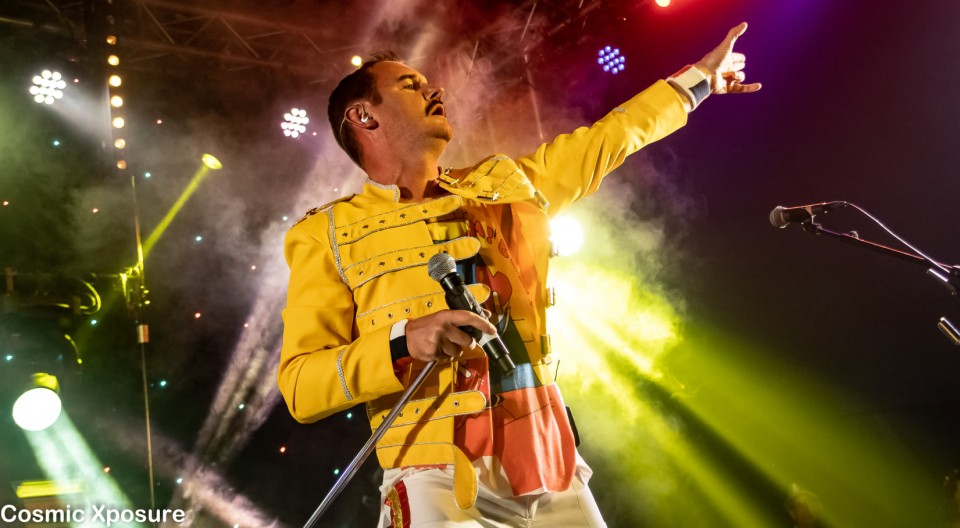 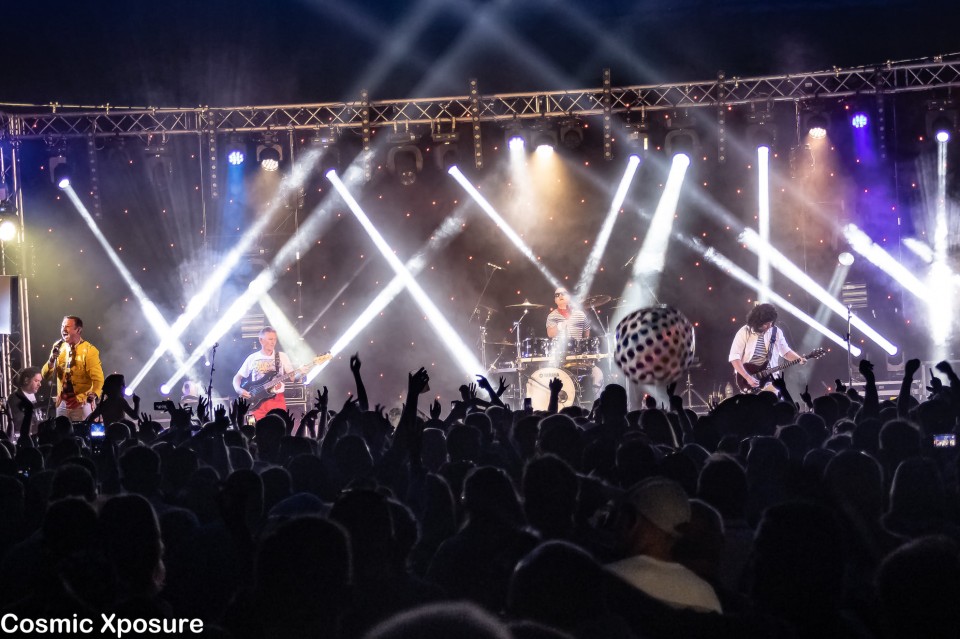 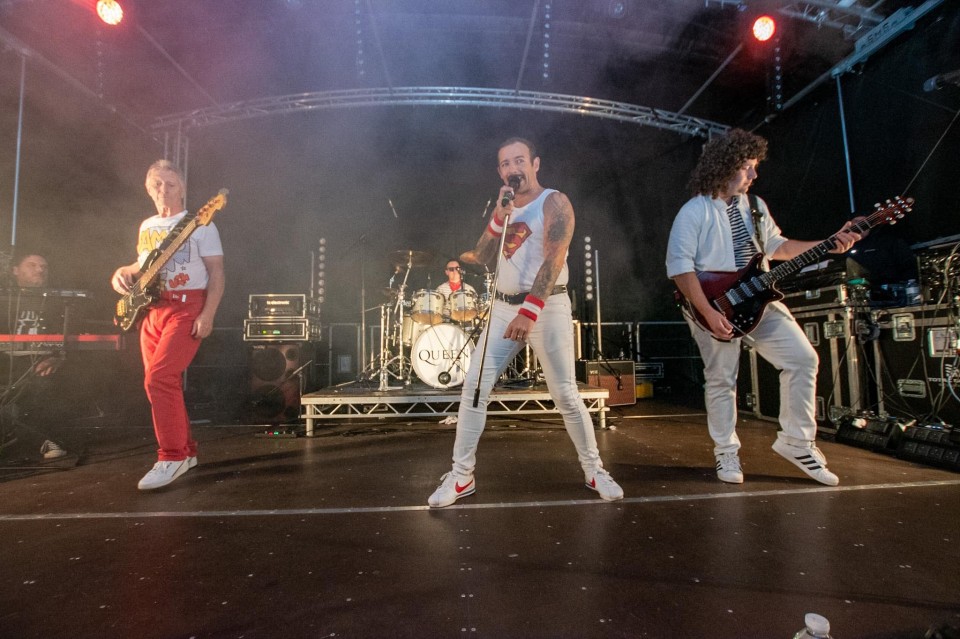 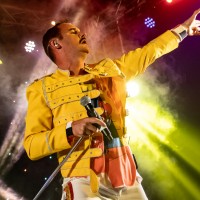 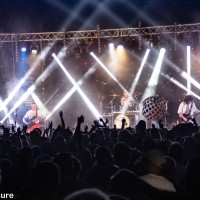 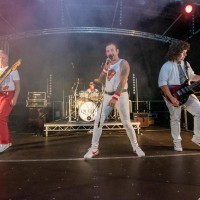 Having played together for 10+ years, and realising that the Queen songs that they performed received rapturous approval, as opposed to the songs of other artistes, B-fifteen, as they were then known, decided to embark on a monumental task - To recreate the best, most talented rock band EVER.

By aiming to replicate a live Queen performance, with all its charm and charisma, and where possible, adding the studio harmonies, QE2 aim to please and impress as many people as possible.

In 1993 QE2 formed to pay tribute to the World's No.1 band. The arduous task of co-ordinating lighting, image, clothes, make-up, (Yes, make-up! If QE2 do a job, the job is done professionally throughout!), mannerisms and not least, by any means, the harmonies and music of the greatest band in the world. The Stoke-based band rehearsed behind closed doors for twelve months to perfect the show - The 1986 Magic Tour.

The rest, as they say, is history.

Surprisingly enough for a tribute act, QE2 are a band for all occasions and have played at all types of events ranging from weddings to stadiums!

On behalf of myself and Andy, we would like to say a huge thank you to you and all the band members and crew for a thoroughly enjoyable evening. I have received many great comments on how much people enjoyed the evening and of course QEII.The band should be very proud of themselves for putting on a fabulous performance. On behalf of Andy, myself and the club we wish you all the very best and every success for the future and again thank you to all of you for a great night.

As a Queen tribute act expect everything and anything Queen-esque!

QE2 are able to provide a top of the range sound system, lighting rig and sound engineer, for any size of venue. They are a flexible group willing to discuss the requirements of the client.

1
Oxfordshire
A Premier International Bon Jovi Tribute Band, Bon Giovi is made up of professional musicians with 60 years of experience combined
From

1
Shropshire
Flash have been performing for the past 15 years and have been lucky enough to play at some of the world’s most prestigious venues.
From