The Songs Of Bond - Bond Tribute

The Songs of Bond is one of the UK's premier bond tribute acts, featuring all the classic hits. This is one with a "Licence To Thrill"! 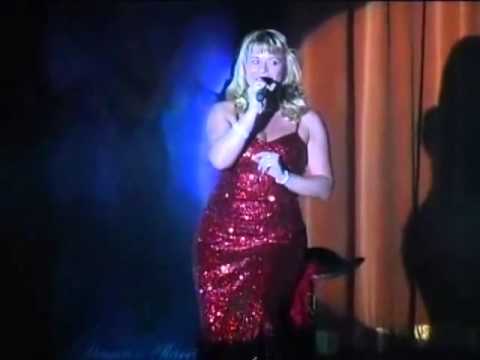 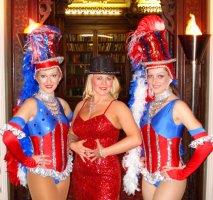 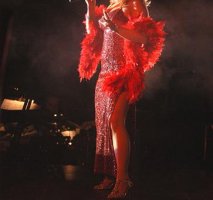 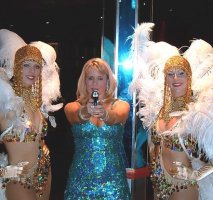 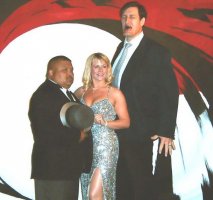 Creator of The Songs of Bond, Dawn is a professional performer who has supported acts such as Ruby Turner, Des O'Connor and Canon Ball. Early in her career she appeared on 'My Kind of Music' where her rendition of 'Memory' from Cats was described as 'outstanding'.

The Stage also described Dawn as 'A gifted and versatile performer with a great future in the business'. Dawn's vast experience since completing her training in Performing Arts at the Birmingham Rep includes various pantomimes, TV appearances in 'Never Never' and 'Brookside' for Channel 4.

The James Bond spectacular show has gone from strength to strength and is now a corporate event favourite regularly appearing in major venues such as the NEC and the Royal Festival Hall.

Throughout the performance Dawn utilises her remarkable 3 octave vocal range to best effect and fully captures the original mood of each song while adding her own personal warmth, fun and endless energy to each show. Artists such as Shirley Bassey, Matt Monroe, Tom Jones, Nancy Sinatra and Tina Turner originally recorded the songs and Dawn pays a special tribute to each of these legends during a breathtaking night with Bond.

By The Songs Of Bond - Bond Tribute

Warble were fantastic at meeting my needs for a charity night I was organising. Not only did they sort all the booking out for me but they also helped to advise me what entertainment would work for the night that I wanted. They advised me to book The Songs of Bond - and what great advice that was! She was absolutely perfect for the evening, providing great entertainment - getting everyone in the Bond mood. Her voice was truly remarkable and she really was a talking point of the night. Many thanks! x

Booking and organising really smooth, and act was really helpful and quick to communicate directly with us. Absolutely FANTASTIC on the night, went down an absolute storm, and many commented that the price of their tickets was worth it for Songs of Bond alone - really stood out, and is one of the lasting memories many will keep of the event!

Ready to book
The Songs Of Bond - Bond Tribute?

4
Tyne and Wear
A highly experienced and professional lookalike, Gary will enhance any Bond-themed event.
From

1
Middlesex
When you think of a James Bond villain, your choice would inevitably be Oddjob!
From

4
London
The No. 1 Daniel Craig lookalike since Casino Royale 2007!
From

2
Leicestershire
Joanne has paid tribute to the legendary Dame Shirley Bassey all over the world for nearly 2 decades!
From